Here’s how genetics helped crack the history of human migration

Humans evolved in Africa, spread across the world, and then it gets messy. Luckily advances in genetic sequencing have helped us track the complex history of human migration 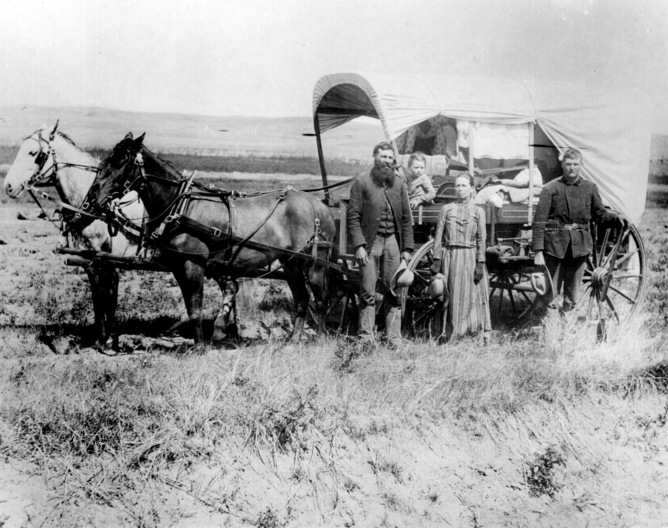 Over the past 25 years, scientists have supported the view that modern humans left Africa around 50,000 years ago, spreading to different parts of the world by replacing resident human species like the Neanderthals. However, rapid advances in genetic sequencing have opened up a whole new window into the past, suggesting that human history is much more complicated.

In fact, genetic studies in the last few years have revealed that since our African exodus, humans have moved and mixed a lot more than previously thought – particularly over the last 10,000 years.

Our ability to sequence DNA has increased dramatically since the human genome was first sequenced 15 years ago. In its most basic form, genetic analysis involves comparing DNA from different sets of people, whether between people with or without a particular type of cancer, or individuals from different regions of the world.

The human genome is 3 billion letters long, but as people differ at just one letter in every thousand, on average, we don’t have to look at them all. Instead, we can compare people where we know there are these differences, known as genetic markers. Millions of these markers have been discovered and, together with a genetic sequencing technology that allows us to cheaply look at these markers in lots of people, there has been an explosion in the data available to geneticists.

But while these analyses have shed light on different genetic associations, they have been unable to fully explain the genetic architecture of disease. It is becoming increasingly clear that rare genetic variants with small effects are likely to play a key role in genetic susceptibility to disease. And, because they are rare, finding these variants requires a whole-genome’s worth of sequence.

For that reason, the last ten years has also seen huge innovation in the technology available to read every letter of a genome. Today’s genome sequencing technologies typically work by breaking up DNA into billions of little pieces and then sequencing each of them separately but simultaneously in order to combine them into a full genome.

Out of Africa … and back

In addition to their use in medical genetics, these data are providing us with an increasingly sophisticated view of human history. When living things die, their DNA doesn’t disappear immediately; it slowly degrades over time. This means that the DNA of long dead people can still be found in fossils and skeletons, but it will be have been broken down into small pieces, perfect for modern sequencing technologies.

Take the “out of Africa” theory as an example. Based on archaeology and limited genetics, the established view was that humans left Africa at some point within the last 100,000 years, spreading out to eventually inhabit the rest of the world, replacing older resident species of humans. While more advanced genetics has confirmed this to be roughly the case, it has also shown that it is not the full story.

Ancient DNA sequenced from fossils has taught us that, following the initial expansion out of Africa, the ancestors of non-Africans lived side-by-side and interbred with Neanderthals some 37,000 to 42,000 years ago, rather than just pushing them out. We also know that the ancestors of some Asian groups interbred with a different group of archaic human – known only from their DNA – called the Denisovans.

Ancient DNA also allows us to directly view the genomes of past populations. For example, we now know that in Europe, the farming revolution some 8,000 years ago was accompanied by the movement of people and was not just the spread of a clever idea. There was a subsequent mass migration of people into central Europe from the Russian Steppe which potentially brought Indo-European languages into the continent. A recent genetic study found that the ability of modern Europeans to digest the lactose in milk into adulthood may be traced to these migrants from Russia. It also traced blue eyes in modern Europeans back to European hunter gatherers of the Mesolithic period (10,000-5,000BC), while light skin may have come from migrants from the Middle East.

Further ancient population mixing happened in Africa when a significant movement of Eurasian people spread back into the continent within the last 3,000 years. In fact, one study estimated that between 4-7 per cent of most African genomes may have come from this gene flow.

Analyses of modern-day human populations have shown that a lot of mixing has happened within the last 2,000 years, with populations moving both within and between continents. For example, during their expansions in the 13th century, the Mongols left a trail of DNA across Asia and into Eastern Europe, and towards the end of the first millennium AD, Arabs brought North and West African DNA into southern Europe. In effect, this means that populations did not extend to the far reaches of the world and remained in isolation. Once settled, these groups continued to share their DNA.

What this tells us is that our history is messy: we are all the product of a tangled bush of genetic relationships between different ancient and modern human groups. Our genes demonstrate that none of us can claim to have ancestry from just a single region or place, as people have been on the move throughout history. Food for thought indeed when migration is so high on the political agenda.