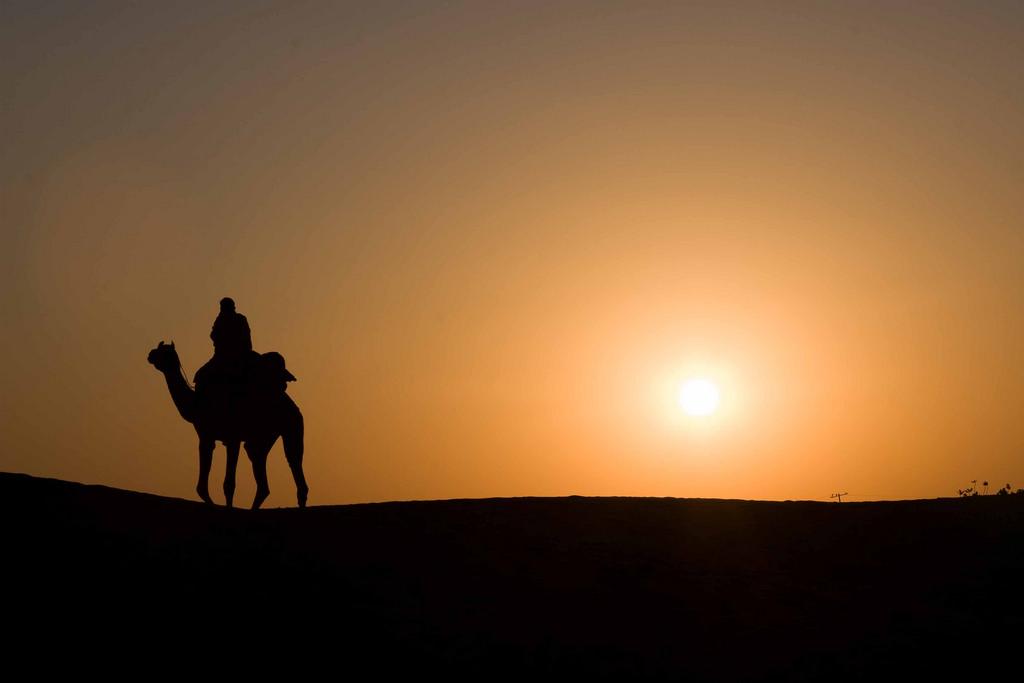 The trace fossils show that large part of western Rajasthan was under tropical forest 55 million year ago. credit: meganfitzgerald/Flickr

Western Rajasthan in the present age is well known for Thar Desert, but this was not the case in the past. Indian researchers have discovered a set of rare wood boring trace fossils in Barmer region which reveal that this area was under tropical forest and even had vast river network 55 million years ago.

A team of researchers from Jai Narain Vyas University, Jodhpur have found mayfly insect fossils. The rare almond-shaped ‘trace fossils’of Asthenopodichniumlignorum and J-shaped fossils of Asthenopodichniumlithuanicum have been discovered for the first time in India in the Barmers and stone formations. 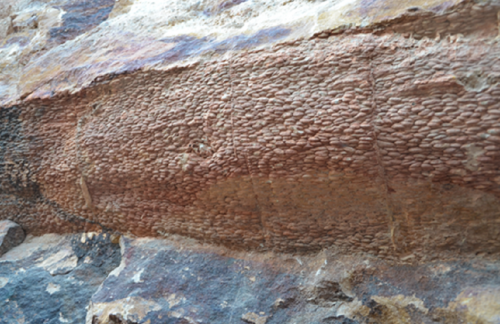 Fossils are preserved remains, impressions or traces of any past living organisms. These are records of evolutionary process. Trace fossils are non-body remains, which indicate the activity or behaviours of organisms like tracks, trail, impressions, burrows, borings for resting, locomotion and respirations etc. Mayflies are relatively primitive insects having delicate transparent wings and two or three long filaments on the tail. Mayflies live close to water, where their aquatic larvae develop, whose presence is indicator of clean and unpolluted environment.

“These trace fossils are indicators of fluvial freshwater environment and tropical climate, and clearly endorse that large part of western Rajasthan was under tropical forest 55 million year ago” V S Parihar, a member of the research team, told India Science Wire. The results of the study have been published in journal Current Science.

The length of trace fossils found in the western Rajasthan ranges from a few millimetres to three centimetres, and theyare looselyto tightly packedtraces. These were shelter houses of mayfly nymphs or larvae living in a colony in wood logs or wood stems.The trace fossils are well preserved in 10-20 centimetrethick and about 0.3-1.2 meter long wood logs in fine-grained sandstones of 50 meter thick section.

According to the researchers, these trace fossils and structures are found in the clusters of millions of iron rinds preserved in Barmer sandstone formation. This sandstone formation is about 66 to 59.2 million years old (Palaeocene age) formation – a period just after the extinction of dinosaurs - in western Rajasthan at Gehun hills near Barmer.

Dr S.C. Mathur, senior researcher and team leaderexplained "the tropical region around the world has the highest diversity of life, but we know very little about tropical biodiversity in the past. Barmer Basin was a mega bio-diversity region of the world in Palaeocene time. Our team has discovered many fossils of dinosaurs, fishes, turtles, crocodiles, gastropods and many trace fossils in last one decade from various sandstone formations of Cretaceous-Paleocene age from western Rajasthan. These findings tell us that the tropics were full of life and diversity even millions of years ago”.

These trace fossils are significant to ascertain how life was started and evolved after the mass extinction of species including dinosaurs at the end of cretaceous period around 65 million years ago.This research also illustrates the evidences of fluvial freshwater palaeo-environment and tropical palaeo-climate indicating the presence of tropical forest and huge rivers network.

Scientists say the wood boring trace fossils of mayfly are rare and intact. These findings could helpto unfold the past climate changes and track how the mayfly physiologically modified. It will also facilitate to understand that how this particular tropical region converted into the present Thar Desert region over the time.