10 years since 'god particle': How the world of physics has evolved 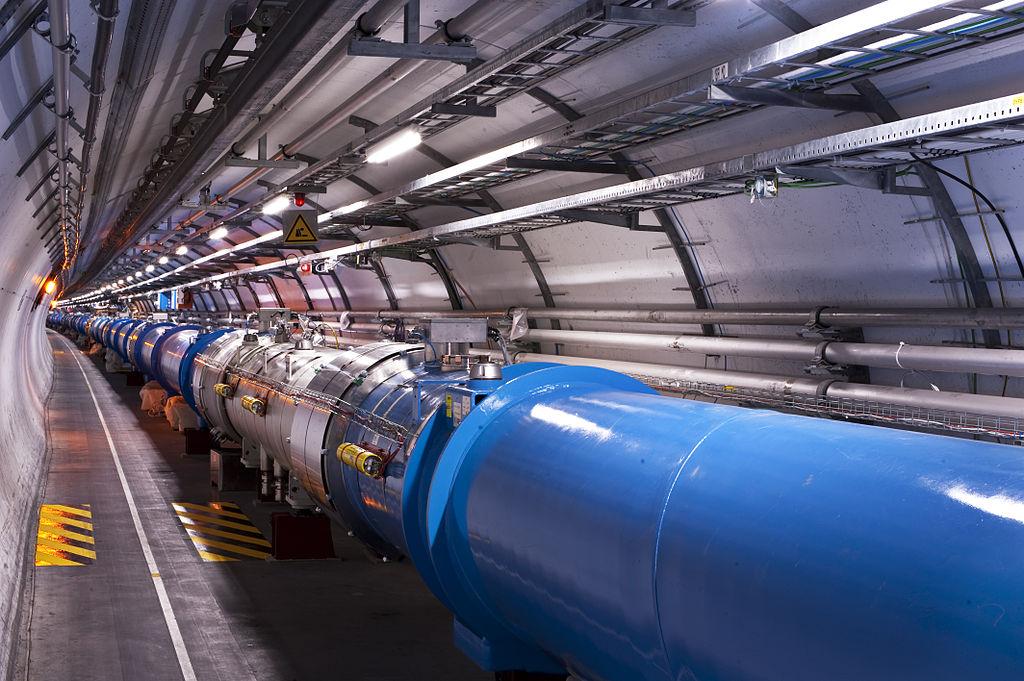 The Large Hadron Collider was successfully reignited for the third time July 5, 2022 — 10 years after it enabled scientists to find the elusive ‘God particle’ or Higgs Boson. Since then, it has discovered three exotic particles, according to the European Organization for Nuclear Research (CERN).

It was generated inside the collider during a collision between two high-energy particle beams.

In the third run, the collisions achieved a record energy of 13.6 trillion electron volts (TeV). It will continue operating for four years, according to CERN.

Scientists hope to use the Higgs Boson as a tool to learn more about the secrets of the universe, including dark matter, Rohini Godbole, professor at the Centre for High Energy Physics, Indian Institute of Science, told Down To Earth (DTE).

The last decade saw scientists learning more about the Higgs particle and its properties, according to Godbole. When the Higgs boson was discovered in 2012, it looked a lot like the Higgs Boson, but we were not completely sure, she recalled.

“In the last 10 years, we were able to confirm that the particle is very, very close to being the Higgs Boson that is required in the so-called Standard Model of Particle Physics,” she explained.

The Standard Model of Particle Physics, one of the most successful theories to date, had predicted Higgs Boson. It described the known 17 fundamental particles or building blocks of the universe and how they interact.

The ‘god particle’ is linked with the Higgs field, which gives mass to fundamental particles such as electrons and quarks.

This answered one of the most fundamental and long-standing questions in science: “Why do particles (like electrons) have mass at all? The concept of "mass" for tiny, uncuttable particles is an odd thing if you think about it,” James Beacham, post-doctoral researcher, ATLAS Experiment at CERN, Duke University, told DTE.

If electrons had zero mass, then atoms would never have formed in the early universe, and without atoms, none of us would be here to have this discussion, he added.

In the last decade, scientists have learned how the ‘god particle’ dies or decays, according to CERN.

The Higgs Boson has a short lifespan. Once it is created during the particle collisions, it sticks around for merely less than a trillionth of a billionth of a second or, more precisely, 1.6 x 10-22 seconds, CERN said.

The Standard Model predicted that the famed particle would decay into bottom quarks (b quarks) 60 per cent of the time. B quarks are one of the six favours of quarks, which are the building blocks of protons and neutrons, according to scientists.

“Scientists were able to observe all the various ways in which the Higgs boson breaks down, and the agreement with Standard Model predictions is impressive,” Godbole said.

They can decay into all the fundamental particles, but those into a final state with b quarks are the most dominant, she added.

Experiments in the last decade have also demonstrated that fundamental particles such as top quarks, bottom quarks and tau leptons obtain their mass from their interactions with the Higgs field, CERN said in a statement.

According to Beacham, there have been several intriguing results on a particle called the muon, a more massive cousin of the electron.

“Electrons and muons should behave essentially identical except for their masses,” he said. “But some experiments are seeing possible hints that the universe treats muons and electrons differently,” he added.

A new force of nature can be a possible explanation. There are four fundamental forces: Gravitational, electromagnetic, strong and weak nuclear forces. “Such a discovery would be completely game-changing,” he highlighted.

One of the most important goals for the future is to hone in on this rare Higgs decay to learn more about muons, Beacham said. “If the Higgs boson treats muons differently, too, then there could be a huge discovery afoot.”

Now the collider has almost reached the planned energy so the horizons of exploration are widened beyond what the physicists (theorists and experimentalists) had projected many decades ago, said Godbole.

This time, scientists at CERN have increased the collision energy to 13.6 TeV. According to Beacham, higher energy might produce a new, undiscovered particle in abundance.

Godbole said higher collision energy increases the chances of observing how the Higgs Boson interacts with itself and other particles.

In the third run, Beacham hopes to find anomalies (like the Higgs boson) from the large dataset it generates.

“We will be on the lookout for all kinds of new things: New force-carrying particles, mini black holes, exotic cousins of the Higgs Boson, heavy neutral leptons, supersymmetry particles, dark matter, dark pions and others,” he said.

Scientists think the Big Bang created both matter and anti-matter. Yet, all lifeforms — big or small — are made of matter. This has raised a question: Why does the universe has more matter than antimatter? “We think the experiments at the collider may be able to  provide clues,” Godbole said.

None of the particles in the Standard Model can be a valid dark matter candidate. Finding results / effects in the experiment in disagreement with  the standard model would be the harbingers of physics beyond the standard model theory, Godbole said.

Even if physicists do not see a new particle, Beacham argued, it would still help. “Every paper we publish, regardless of whether we find a new particle or not, is new information about the universe that we didn't have before, he said.