106th edition of Indian Science Congress will be held from January 3-7, 2019 in Bhopal 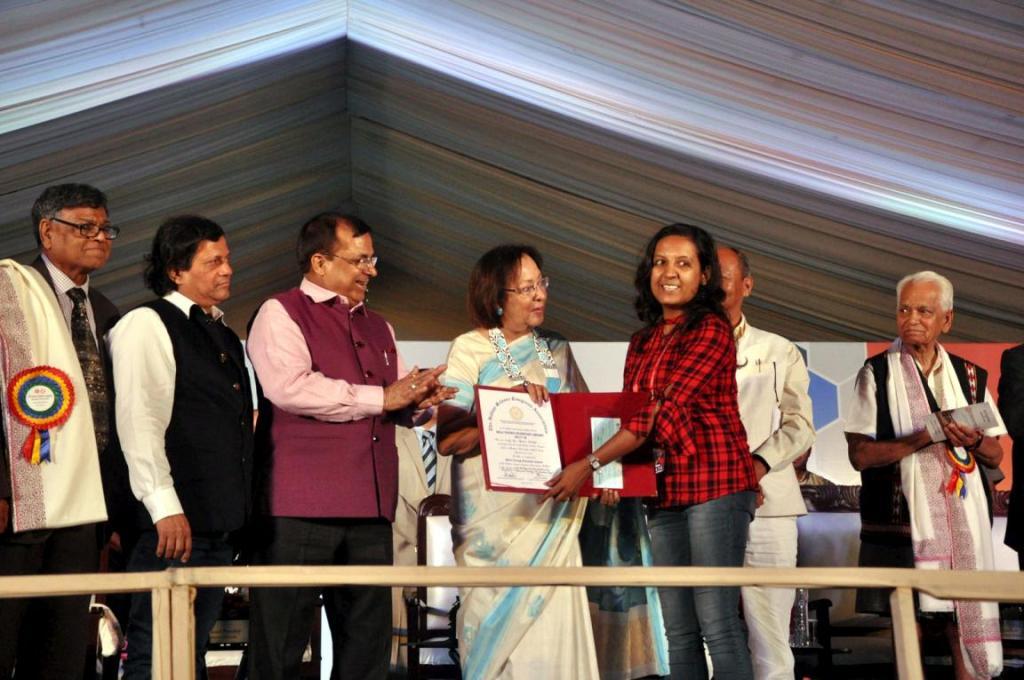 With the distribution of young scientists’ awards to 14 best scientific paper presenters and best exhibitors’ awards, the 105thedition of the Indian Science Congress (ISC) came to an end on Monday.

Speaking on the occasion, the governor said that the scientists and experts attending the ISC will take forward Prime Minister Narendra Modi’s message “to extend research from lab to land” when they go back to their respective destinations.

Stating that it is the responsibility of the scientific community to develop young minds to further research in our country, she says India is becoming a powerhouse of scientific thought. She also referred to different varieties of plants with medicinal properties found in the northeast. “We can reach the unreached through science and technology,” she adds. She also urged scientific community to explore the unexplored like the state of Manipur.

Pride of India Expo awards were presented in seven categories, with the Department of Science & Technology bagging the award for the Most Innovative Stall and the Ministry of Youth Affairs & Sports being declared the Most Interactive Stall. The award for Best Design was given to Directorate of Advertising & Visual Publicity and National Highways Authority of India.

Gujarat and Odisha state governments were awarded the Best State Participation. The stalls of Defence Research & Development Organisation & Indian Council of Medical Research were declared Most Informative, while Council of Scientific & Industrial Research and Ministry of Earth Sciences were declared ‘Exhibitor of the Year’. The State of Manipur and National Small Industries Corporation was presented with a Special Recognition Award.

Besides holding scientific discussions and knowledge sharing sessions by scientists and experts from various parts of the country and abroad through 14 different science sections, Children’s Science Congress, Women’s Science Congress and Science Communicators meet were also organised as part of the ISC.

Dr Chaitana Prasad Nath of ICAR, Indian Institute of Pulse Research, Kanpur, one of the young scientists awarded this evening, did his research on conservation agriculture on certain cropping system at ICAR New Delhi. Conservation agriculture is very important to mitigate climate change, enhance carbon sequestration and increase the crop per drop of water. It minimises intensive tillage operations and crop residue retention on soil surface. According to him, adopting conservation agriculture can help double farmers’ income.