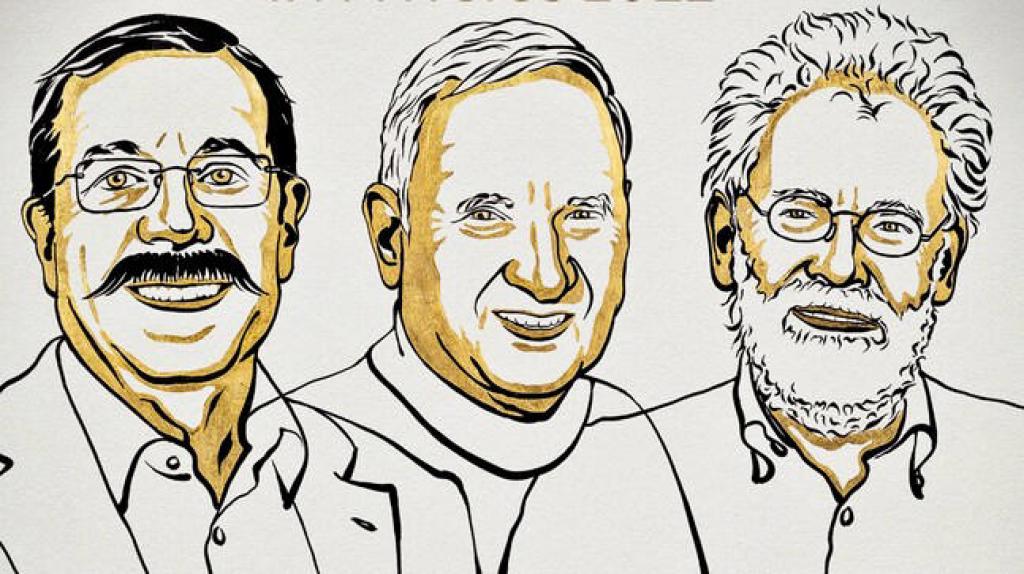 The Nobel Committee of the Royal Swedish Academy of Sciences conferred the Nobel Prize in Physics for 2022 on Alain Aspect, John F Clauser and Anton Zeilinger October 4. The three physicists were awarded for their pioneering and groundbreaking work in quantum information science.

The Committee noted in a press statement that the award was “for experiments with entangled photons, establishing the violation of Bell inequalities and pioneering quantum information science”.

Quantum mechanics is the physics of sub atomic particles. Its main characteristic that makes quantum information science possible is known as ‘quantum entanglement’.

The work of the three laureates provided a deeper understanding of quantum entanglement. It paved the way for quantum information science, quantum computing and quantum cryptography, according to Thors Hans Hansson, an expert on quantum entanglement and a member of the Nobel Committee for physics

Quantum cryptography has created avenues for the most secure communication networks, already demonstrated by scientists around the world. Quantum computers, in the near future, would be able to carry out complex computations not possible for the most powerful present day supercomputers at breakneck speeds.

Whatever happens to one particle, also happens to the other if both are quantum entangled. This is the case even if both particles are at distance.

The idea for quantum entanglement dates back to the very foundations of quantum mechanics which began with Albert Einstein, Neils Bohr and Erwin Schrodinger. The Nobel Committee stated that this year’s prize was also in honour of these pioneers.

Einstein famously called entanglement “spooky action at a distance”. It may have also brought about his oft quoted statement, “I at any rate am convinced that God does not play dice”.

He meant that a good theory should be able to make precise predictions and not dabble in probabilities, which is one of the primary characteristics of quantum mechanics.

Schrodinger, on the other hand, thought there was more to entanglement. He said: “Entanglement is not ‘one’ but rather ‘the’ characteristic trait of quantum mechanics.”

In 1935, Einstein, Boris Podolsky and Nathan Rosen came up with a thought experiment. The experiment concluded that there was hidden information in the form of variables within quantum entangled particles.

This data informed them about what results to display in an experiment. This somehow meant nature, especially what made up quantum particles, was a trickster.

There were no instruments available at the time to implement the thought experiment in the real world and know more about the hidden variables.

Zeilinger, over a phone call with the Committee, also stated that when he had entered the field it was more philosophy than physics. Yet, he was supported by his then supervisor.

This changed in the 1960s when John Stewart Bell developed a mathematical inequality. This stated that if a large number of measurements of the hidden variables were conducted, the correlation between the results could not exceed a certain value.

This in turn meant that no local hidden variable theory could reproduce all the results of quantum mechanics.

But quantum mechanics also predicts that a certain kind of experiment can violate Bell’s inequality. This results in a stronger correlation than would otherwise be possible.

Such an experiment was first demonstrated by Clauser in 1974. “When he took the measurements, they supported quantum mechanics by clearly violating a Bell inequality. This means that quantum mechanics cannot be replaced by a theory that uses hidden variables,” the Nobel press statement said.

There were still some problems with Clauser’s experiment which were then worked upon by Aspect.

He developed an experiment wherein he switched off the measurement settings of the instruments after the entangled pair of particles had left their source. Therefore, the initial settings of the experiment could not influence the result.

Later, Zeilinger started using entangled quantum states with advanced tools and instruments. His group was able to demonstrate quantum teleportation which aids in moving quantum information from one entangled particle to the other at a faraway distance for the first time.

Once the information was transferred, new mass would have the same characteristics as the original mass. “Information defines individuality rather than matter,” he stated.

Zeilinger also said that the prize is an encouragement to young scientists to take up the field and that there are a lot of fundamental questions about quantum entanglement that still remain to be answered.