Point of no agri-returns Part 5: 50,000 dedicated scientists, still, agriculture is an orphan of science 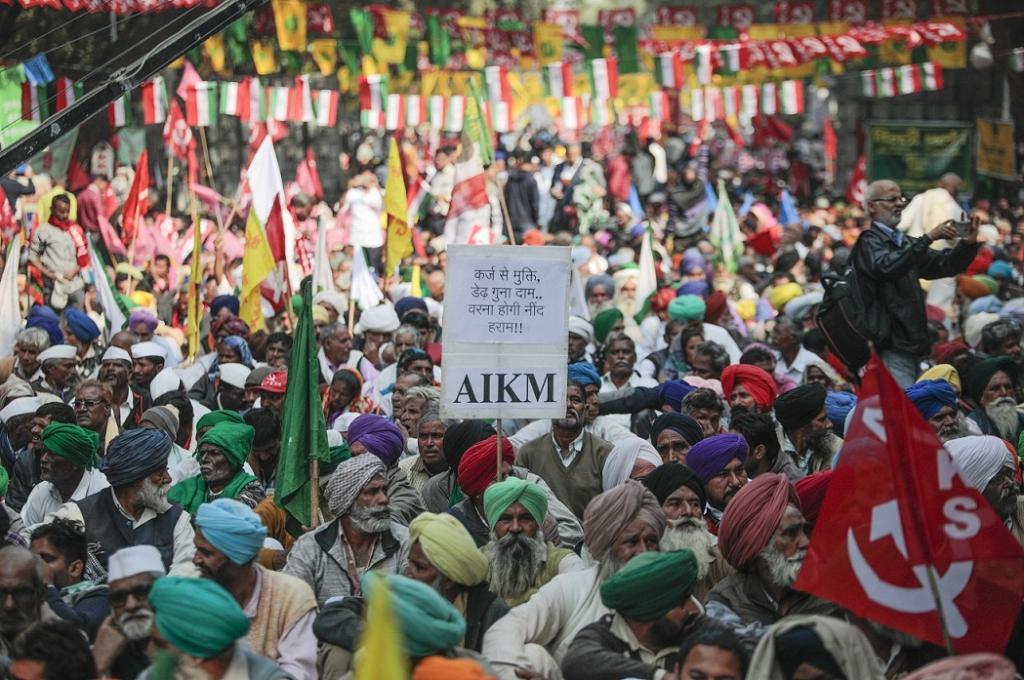 Although more than 50,000 dedicated agricultural scientists are working to address field level problems, all the technologies have not always reached all the farmers. Credit: Vikas Choudhary/CSE

It is not just the curse of an unfair market, an imbecile government and the general environmental degradation that have pushed farmers into an abyss of no-return. India’s scientific institutions dedicated to agricultural research are also equally indifferent to the woes of farmers.

“The research & development outputs become barren, if they do not reach the intended user, namely, the cultivator, the dairy farmer, the fishery farmer, the plantation grower and others engaged in agricultural and allied activities,” says the Committee on Doubling of Farmers’ Income or popularly known as the Dalwai Committee in a scathing remark.

Extension service or in functional terms taking scientific knowledge to the farmers’ farms for better yield and productivity, is in a state of flux in India despite more than 60 years of institutional efforts to do so. “Link between science and agriculture has snapped,” says M S Swaminathan, noted agricultural scientist who is credited with India’s Green Revolution.

India’s scientific human resource and extension infrastructure are in no way small. “More than 50,000 dedicated agricultural scientists are working to address field level problems and to evolve technological solutions. However, all the technologies developed by these scientists have not always reached all the farmers. In addition, there are many technologies and practices developed by individuals and corporate bodies in the private sector,” assessed the government committee.

In addition, there are more than 1,000 institutions, universities and colleges that impact agricultural education and conduct research on how to make agriculture productive. The Indian Council of Agricultural Research itself has over 100 centres and institutes; there are 74 state agricultural universities. According to estimates, there are 1,20,000 extension functionaries under the government supposedly working in all the districts of India. This is probably why, in July the Prime Minister gave a stern warning to the top scientific officials when he told them to “break silos” and to make science relevant to people’s needs.

The government’s own assessment including the latest Dalwai Committee reports point out that there is no one singular mechanism to translate the research and technological development from various institutions to any benefit for farmers. “Farmers across the country are deprived of access and benefits from an array of technologies developed by multiple research institutions dotting the country’s landscape. The technologies mostly remain confined to the geographical areas in proximity to the research institutes,” says the report. In fact according to these reports, there is no way to ascertain or access all the research done by these institutions. The committee has recommended that as a first step all the researches should be uploaded in one platform.

India’s Green Revolution has been a success due to a greater focus on the agricultural extension service. The government used the extension mechanism efficiently to reach out to farmers with new high yielding varieties of crops and also helped them with information.

One indicator of the declining extension service could be the ratio of extension functionaries to number of farmers. Currently it is 1:1156; meaning for 1,156 farmers there is one extension functionary.  According to the Dalwai Committee reports, this is a misleading figure given that each geographical region has specific needs for extension services. It has suggested a ratio of 1:400 for hilly areas, 1:750 for irrigated areas and 1:1,000 for rainfed areas that account for 60 per cent of India’s cultivable lands.