A lesson from Ramanujan’s elbow

Ahead of the National Mathematics Day on December 22, here’s a recollection of the life and legacy of Srinivasa Ramanujan 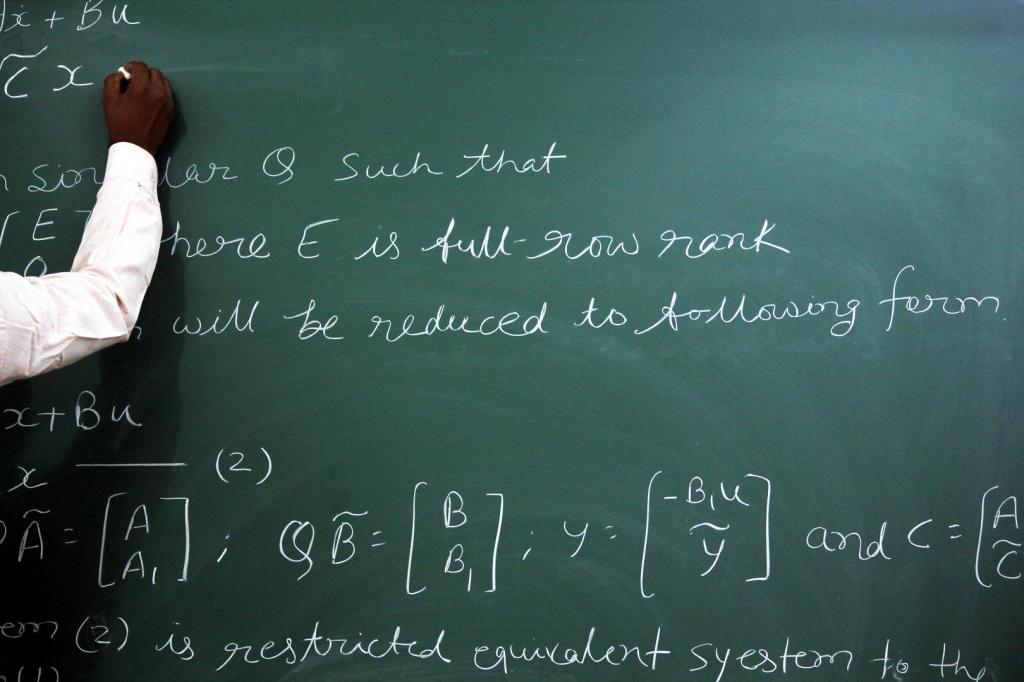 Scribbled in black ink, about 130 unlabeled pages with mystifying mathematical equations that made no sense at the first glance was gathering the proverbial dust in a quiet corner in a box with assorted bills and letters at the library of Trinity College, Cambridge, for about 50 years, until Professor George Andrews of Pennsylvania State University accidentally chanced upon it in 1976.

Once rediscovered, the pages electrified the world of mathematics. They were what physicist Freeman Dyson remarked “flowers that grew from seeds that ripened in Ramanujan's garden”.

Containing a unique family of identities, which Srinivasa Ramanujan called `mock theta functions’, these sheets were written way back in 1920s, just days before he passed away. Even hundred years later, these esoteric and abstruse formulae continue to tantalize mathematicians around the world.

Mathematicians use the bizarre mock theta functions to explore how to make internet more secure, and physicists use them to comprehend the incomprehensible black holes and understand how fundamental particles interact with each other.

During his lifetime, fellow mathematicians were awe-struck. His mentor, benefactor and a world renowned mathematician himself, G H Hardy had said: “I have never met his equal, and I can compare him only with Euler or Jacobi....with his memory, his patience and his power of calculation, he combined a power of generalisation, a feeling for form, a capacity for rapid modification of his hypothesis, that were often really startling, and made him, in his own peculiar field, without a rival in his day.”

How did this mathematician, who studied in the small city of Kumbakonam in south India, failed in his university examination and faced death at 32 due to a mysterious disease make a discovery that eluded the most brilliant minds for so long?

Perplexity, enigma and bewilderment are often associated, arguably aptly, with the personality and cryptic mathematical discovery of Ramanujan. Yet another equally important trait in his persona is his perseverance and tenacity even in trying circumstances.

Once, K S Srinivasan, a friend from Kumbakonam, bumped into Ramanujan in Chennai. Srinivasan said, with reverence, “Ramanujan, they call you genius”. Ramanujan retorted “What? Me, a genius? Look at my elbow, it will tell you the story”.

A curious Srinivasan peered intently at his elbow. It was rough and black. Ramanujan explained “Night and day I do my calculations on slate. It is time consuming to look for a rag to wipe it with. I wipe the slate almost every few minutes with my elbow. I suppose my elbow is making a genius of me.”

Srinivasan asked “So, you are industrious. Why use a slate when you have to do so many calculations? Why not use paper?” To this, Ramanujan’s sombre reply was: “When food itself is a problem, how can I find money for paper? I may require four reams of paper every month.”

Another friend, T Srinivasacharya from Pachaiyappa College in Chennai, recalled that for want of paper, Ramanujan would sometimes write in red ink on paper already written upon. His notebooks are testimony to this. Using pens with different colours, Ramanujan had filled the sheets with more than one set of computations, top to bottom, bottom to top and at times even from left to right.

Although his mathematics was obscure to most, Ramanujan became an icon for Indian nationalists struggling for freedom from British colonialism.

P V Seshu Iyer, a mathematician and nationalist, referring to Tagore, J C Bose and Ramanujan wrote in 1917, “The poet went out, sang and was honoured with a prize and a knighthood. The scientist struck famous academies of Europe and America in tremulous wonder and S. Ramanujam is in a fair way to do a similar thing for mathematics.”

For a generation yearning for independence and progress, Ramanujan was an inspiration. Subramanyam Chandrasekhar, later to be a Nobel laureate, got inspired in his childhood days when his mother recounted Ramanujan’s story to him.

Mystification induces awe, but the narrative of determination inspires. He did not give up though he failed many times in college, was dogged by medical problems, and was married to a 10-year-old girl named Janaki, when he was barely 21 and was trying to meet both the ends. He supported himself and his family by giving maths tuition, and pursued his maths dream even publishing in newly launched Journal of the Indian Mathematical Society in 1911.

"Ramanujan is a role model for the possible," says Ken Ono, a Professor of Mathematics and Computer Science at Emory University and also an advisor and associate producer of a recent film on Ramanujan, The man who knew infinity. He has set up a project called ‘Spirit of Ramanujan project’ that aims to  support research initiatives of emerging engineers, mathematicians and scientists and in particular those who, like Ramanujan, lack traditional institutional support, and are young in the age group of 12 and 18 years. A series of events are being organised by Vigyan Prasar across India on December 22 to mark the National Mathematics Day.

For a documentary film on the life of Ramanujan click here.