When India launches its maiden Aditya-1 Mission, it will further illuminate our understanding of the sun 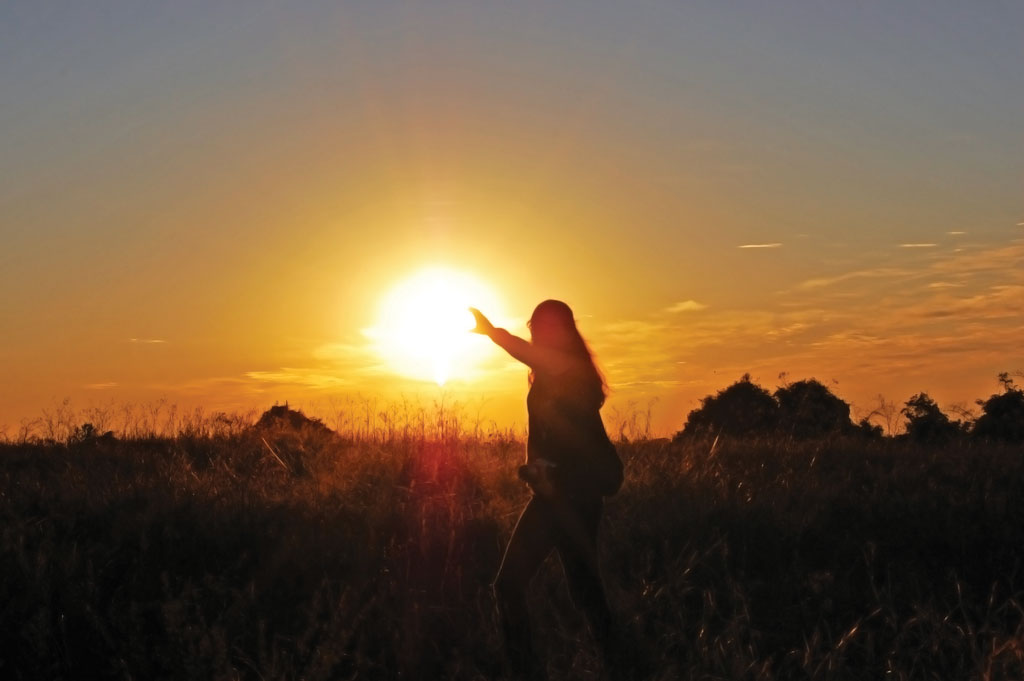 Though the sun marks the difference between a habitable world and a barren wasteland, we are only beginning to understand the various dynamics of our parent star. The yellow ball of gas that brightens up our days (and nights) shapes the physical processes on Earth and sustains our foodchain. Earth’s climate is governed by the sun and the sun’s variability is a hotly debated issue in climate science. For instance, the Little Ice Age of 1816 was the result of a mere one degree fall in global temperatures. “1816 came to be known as the year without summer. Crops failed to grow. In Ireland, a famine and a subsequent typhoid epidemic killed 65,000 people,” says Bill Bryson in A Short History of Nearly Everything.

More than 20 international space missions are trying to understand sun’s structure and composition. Now India is gearing up to launch its maiden mission, Aditya-1, which will be launched in 2019-2020. More than 50 solar scientists from 10 institutions across the country are working round the clock to shield us from the impacts of unruly space weather and sun’s variability on Earth’s climate. When Aditya-1 is launched, India will join a select group, which includes USA, Japan and the European Space Agency, that have sent missions to the sun.

What Aditya-1 will study

“Our primary objective is to study the solar corona, processes leading to changes in it, and to understand what heats the corona. Observations of sun’s photosphere, chromosphere and corona are also possible,” says Deviprasad Karnik of the Indian Space Research Organisation (ISRO), which is leading the mission.

The corona is the outermost layer of the sun’s atmosphere, preceded by the chromosphere and photosphere respectively. “The mission will provide a multipronged holistic approach to understanding some of the outstanding problems of solar physics,” says Karnik (see ‘Sun surfing’).

“We are in the process of designing the payloads. Aditya-1 will be launched from Sriharikota, an island off Sullurupeta, a sm-all town in Nellore district, Andhra Pradesh,” Karnik says.

When the mission was first conceptualised in 2008, its launch was envisioned to coincide with solar maxima—a period of intense sun activity that occurs every 11 years. However, it was later decided that the satellite would be placed in a halo orbit around lagrangian point 1, which is 1.5 million km from Earth (where a satellite can maintain its position with respect to other bodies). “The initial concept was to put the coronagraph payload in a small satellite in an 800 km low Earth orbit. Aditya-1 is an updated version of the original Aditya mission with six additional payloads,” adds Karnik.

The advantages of placing the satellite in a halo orbit are many. Situated outside Earth’s atmosphere and magnetosphere, it remains unaffected by Earth. A halo orbit also ensures that there is no occultation for the spacecraft’s line of sight. Moreover, a satellite placed in a halo orbit experiences much less mechanical and thermal disturbances, and is, therefore, more stable.

What past missions have found

Other sun missions have added gravity to our understanding of the sun. The Solar and Heliospheric Observatory (SOHO), a collaboration between the European Space Agency and the National Aeronautics and Space Administration (NASA), celebrated its 20th anniversary on December 2, 2015. “SOHO changed our popular view of the sun from a picture of a static, unchanging object in the sky to the dynamic beast it is. It showed us what we had never seen before. We realised we need more eyes on the sun,” says Bernhard Fleck, a project scientist with SOHO.

This gave birth to a plethora of space-based solar observatories: Hinode, the Solar Dynamics Observatory (SDO), the Interface Region Imaging Spectrograph and the Solar and Terrestrial Relations Observatory. NASA’s SDO has been recording the sun’s dynamic solar activity since its launch on November 2, 2011 (see ‘Light alight’).

“The scientific objective of the SDO mission was to understand the lifecycle of the solar magnetic field. We wanted to understand how the sun’s magnetic field is generated, how it moves around the sun, and how it is destroyed. With this understanding, we sought to develop the science needed to predict solar activity,” says Dean Pesnell, a project scientist with SDO.

Predicting solar activity assumes immense significance. On the night of September 2, 1859, the world woke up to red, green and purple auroras that had erupted nearly everywhere on Earth and not just at the poles where they are a characteristic feature. Telegraph systems were disrupted as the world witnessed its first recorded solar flare, also known as the solar storm of 1859. And as recently as on July 23, 2012, a solar storm, touted to be as strong as the one in 1859, was predicted. Fortunately, we missed it by a week—Earth had moved ahead in its orbit.

Disruptions in the solar atmosphere and surface can also cause a flurry of solar activity that affects space weather. A better understanding of the sun can also help in aeronautics (high-altitude aircraft exposure to radiation), astronautics (radiation threat to astronauts and spacecrafts) and technology infrastructure development (effects of radiation on communication satellites).

As new frontiers in scientific enquiry are being conquered, they are only throwing up more questions. “The next frontier in our understanding of the sun is to measure its polar regions with the same instrumentation we use near the equator. At present, we have very few measurements from above the poles,” says Pesnell. “Better predictions will lead to a more cost-effective response. Power plants that will be affected can be isolated; satellites can be tuned to power off sensitive high-voltage components, and, astronauts in deep space can get into a safe shelter before the danger arrives,” adds Pesnell.

Aditya-1 will hopefully reveal, among other things, why the solar corona heats up to temperatures of a million degrees or so, much higher than the visible outer layer of the sun’s surface—the photosphere. Findings that will unlock the secrets to our understanding of our parent star.