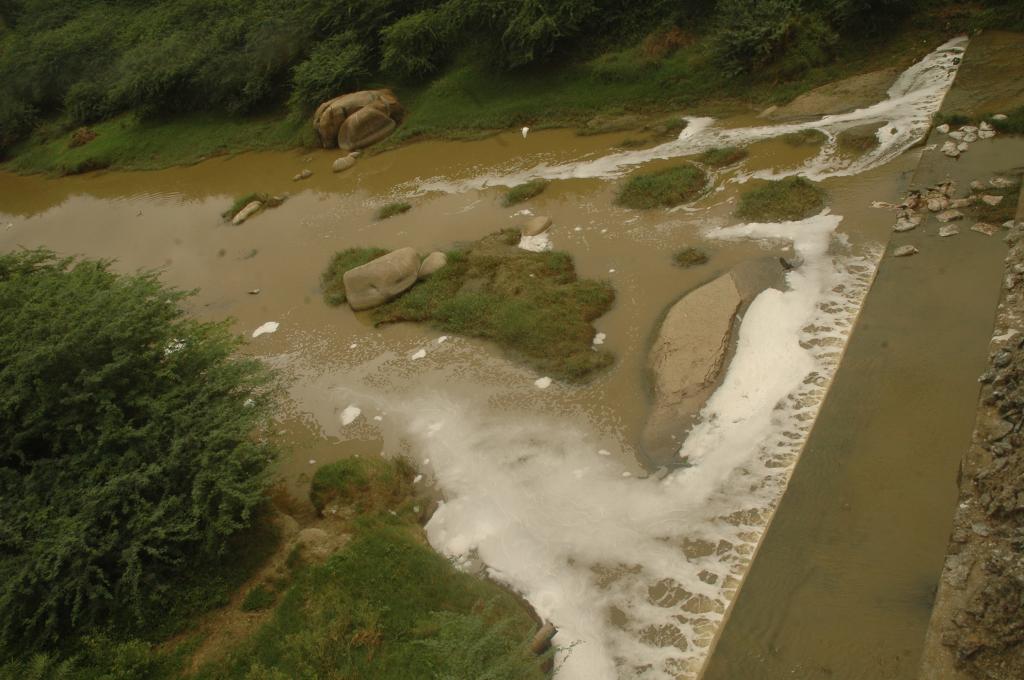 Researchers fed a common pest with high amounts of pesticides in diet in the laboratory and then isolated Glutathione –S-transferase RNA from its tissues. It showed that this enzyme can detoxify commonly used pesticides. credit: Agnimnirh Basu/CSE (photo for representation only)

Persistent use of chemical pesticides to increase crop productivity has led to their accumulation in soil, water and even food. Now a group of reseachers from Pune have isolated an enzyme from a pest and found that it can be used to clean up pesticide residues from food and environment.

Researchers from Savitribai Phule Pune University have isolated a gene that produces a highly efficient enzyme (Glutathione –S-transferase or GST) from bollworm, a pest. This enzyme, they say, can be used for removing pesticides from food and environment.

Over the years, a common pest called Helicoverpaarmigera has acquired resistance towards pesticides. This, scientists hypothesised, might be due to an efficient detoxification carried out by enzyme, Glutathione –S-transferase, expressed in this pest allowing it to survive despite the high amount of pesticides sprayed in fields.

To prove this hypothesis, researchers fed this pest with high amounts of pesticides indiet in the laboratory and then isolated Glutathione –S-transferase RNA from its tissues. It showed that this enzyme can detoxify commonly used pesticides such as organophosphate, pyrethroid, organochloride, carbamate, and neonicotinoid. The transfer of this gene to a yeast allowed it to grow profusely in the presence of high level of pesticides by detoxifying them. Therefore, this enzyme can potentially be used for bio-remediation.

“We have found that GST expressed in H. armigera exposed to high doses of pesticides (organophosphate and pyrethroid), making it effective for bioremediation. This HaGST-8 (a variant of GST) protein containing formulation can be used for applications such as wastewater treatmentand  removal of pesticides from vegetables. We are working on a combination of enzymes for efficient removal of most pesticides used in agriculture,” VaijayantiTamhane, principal investigator of the study told India Science Wire.

Different factors affecting delivery of the proteins to plants such as contact time, adherence to plant surface, emulsification, stability in suspension will be addressed to reduce wash-offs and wastage after spraying, she added. The degradative products of pesticides and their toxicity are also being analysed, following which control trials of the formulation can be carried out.

“We are also planning a crop pre-harvest HaGST containing formulation, which can be sprayed directly crops or vegetables before their harvest, to eliminate the pesticides present on it before it is consumed,” said Tamhane.