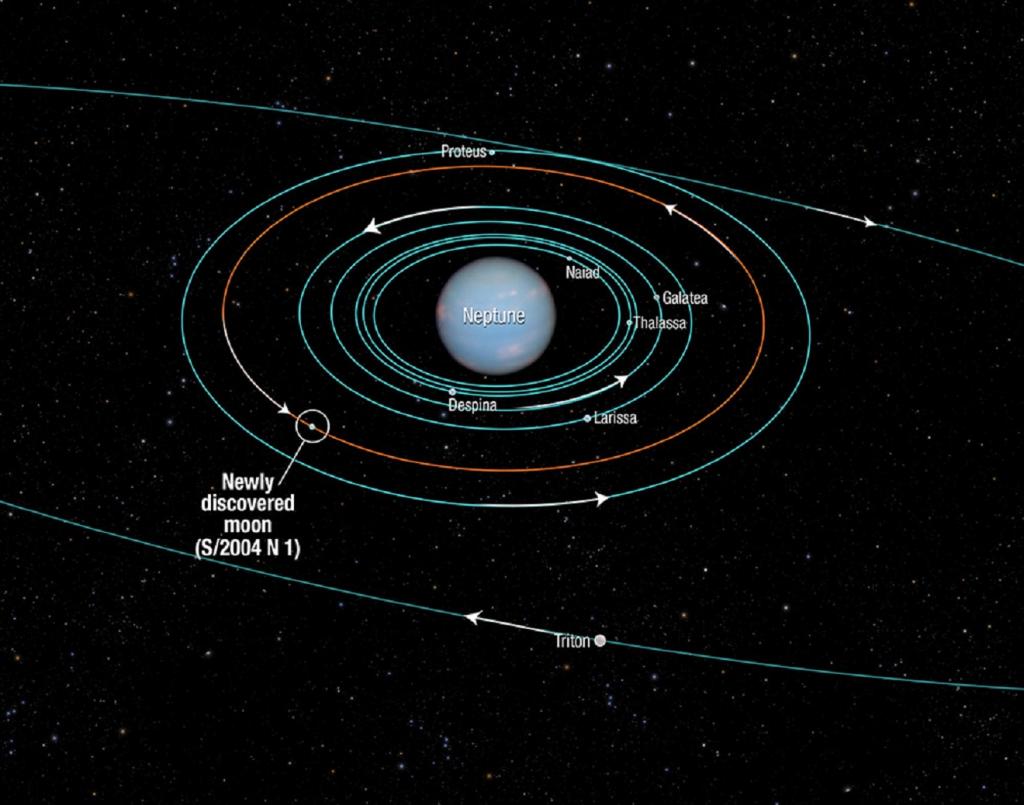 This diagram shows the orbits of several moons located close to the planet Neptune. All of them were discovered in 1989 by NASA's Voyager 2 spacecraft, with the exception of Hippocamp (S/2004 N 1). Credit: NASA, ESA, and A. Feild (STScI)

Years after discovering a tiny moon floating around Neptune, scientists have confirmed its existence.

Scientists concluded that a collision with a comet billions of years ago may have caused a part of one of the larger moon’s to chip away and eventually form Hippocamp. In fact, it floats really close (about 12,070 kilometers) to the moon Proteus — the outermost and largest of these moons.

"The first thing we realised was that you wouldn't expect to find such a tiny moon right next to Neptune's biggest inner moon. In the distant past, given the slow migration outward of the larger moon, Proteus was once where Hippocamp is now," Showalter was quoted as saying in a press note.

NASA explains the history of Neptune's satellite system  — starting from Triton, which was pulled into orbit from the Kuiper Belt, a cloud of dust and debris floating beyond the orbit of Neptune, billions of years ago.

Triton settled into a circular orbit and debris from shattered Neptunian moons rearranged into a second generation of natural satellites. Further comet collisions with the moons may have led to the birth of Hippocamp.

"Based on estimates of comet populations, we know that other moons in the outer solar system have been hit by comets, smashed apart, and re-accreted multiple times," Jack Lissauer from NASA's Ames Research Center in California's Silicon Valley, and co-author on the new research, said in the press note.

The name Hippocamp is again derived from Greek mythology, where it symbolises a sea monster; while Hippocampus is a region in the brain that governs emotions, memory and cognition.

The findings have been published in the journal Nature.