Blocking out the bulls

Amul is importing semen to increase the birth rate of female cows, while reducing the chances of the males 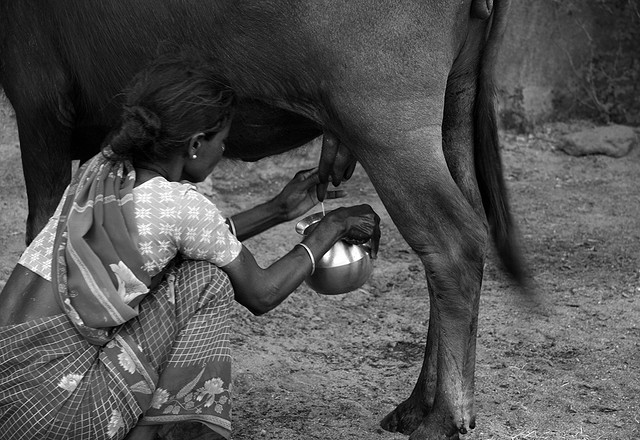 In order increase milk production, Gujarat Cooperative Milk Marketing Federation (GCMMF), the owner of brand Amul, has imported semen that minimises the chance of male progeny while elevating the chances of the profitable females.

According to R S Sodhi, managing Director of GCMMF, this technology increases the possibility of breeding of female calves up to 95 per cent. “Today, when the male cattle are of no use, our focus is to produce only female cattle to increase milk production,” he added.

Nearly 2,000 cows have been procured for artificial insemination using this technology. This semen increases the probability of a cow to conceive, by 70 per cent. Further, it also increases the chances of the conceived foetus being female, by up to 95 per cent. In natural breeding there is a 50 per cent chance of producing a cow or a bull.

Sodhi said the technology is not expensive, “The programme will further expand to buffaloes if it these results are satisfying.”

The semen has been supplied by USA-based company XY Inc. “US-based companies have a monopoly over semen supply in the market,” said Sodhi.

In 1980s, United States Department of Agriculture (USDA) had made breakthrough in semen-sexing technology to optimise the efficiency to produce mostly female cattle for milk. The patent of this technology was passed to XY Inc. and Fort Collins companies.