Develop simplest methods to communicate science to the unreached: experts 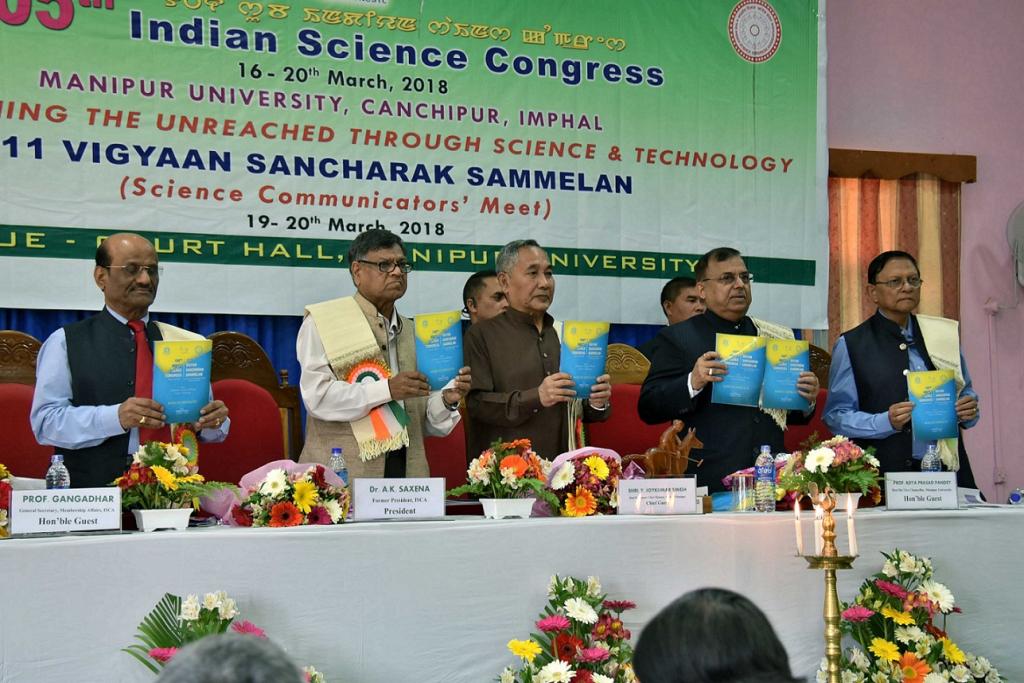 Manipur’s Deputy Chief Minister Y Joykumar Singh was the chief guest of the formal inaugural function on the fourth day of the ongoing 105th Indian Science Congress. Speaking on the occasion, Joykumar said new findings in the easiest means should be communicated to the people, especially to the unreached so that it can be applied in their day to day living. Stating the need to open up Science Centres in remote areas, the former police chief of the state said such centres would be helpful to communicate with the unreached the basic concepts of science.

In his speech, former ISCA chief Dr AK Saxena said Science Communicators Meet can play a key role to develop simplest methods to communicate masses about science as about 70 per cent of the population in rural areas have little knowledge of Science & Technology. Issues like global warming, pollution and environmental challenges can be addressed only when people are aware of its importance, he said.

On the other hand, Prof Adya Prasad Pandey, Vice-Chancellor of Manipur opined that uses of science in everyday life should be communicated to the masses. He also expressed confidence that the two-day meet will dwell upon in this direction. A 'Book of Abstracts' was also released in the day’s inaugural session.

Later, in a lecture session, CM Nautiyal, former head, Radiocarbon laboratory of Birnal Sahini Institute of Paleobotany, Lucknow observed that the media and science communicators can play an important role in shaping the thoughts of the society. According to him, the science communicators should not be entirely dependent on online sources of information while reporting and should verify the sources before reporting. The science communicators’ meet will conclude coinciding with the formal concluding function of the Indian Science Congress on Tuesday.