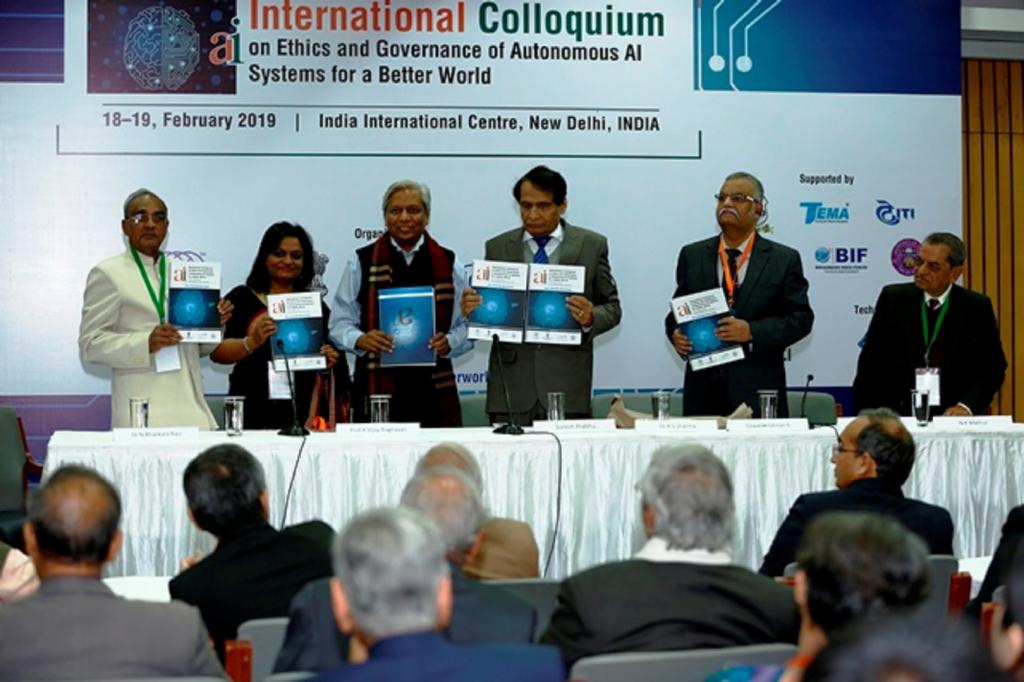 If India wants to catch up with China and other countries in the emerging field of Artificial Intelligence (AI) it will have to make huge investments in developing all enabling technologies and necessary eco-systems, as well as a framework for ethics and standards in AI.

This was stated by experts participating in a two-day international colloquium on ‘Ethics and Governance of Autonomous Al Systems for a Better World’, which was inaugurated by Union commerce minister Suresh Prabhu and Principal Scientific Adviser to the government, professor K Vijaya Raghavan on Monday.

The use of AI in various sectors like agriculture, health, infrastructure, education and security is all set to grow as more and more data is generated and technologies like machine learning develop. “The use of AI in governance is also bound to grow. In such a situation, we need to start thinking about the people who will be displaced, and also of ethical issues such as privacy that arise with every new technology,” observed Prabhu.

“Ethical dilemma like whom should a driverless car hit in case of an accident are mainly ethical concerns of the West. In India, a major ethical concern would be access to fruits of AI and tools of wealth creation. If a technology is based on processing data collected from people, why should they pay for products based on that data? It is questions like these that need to be addressed when it comes to proliferation of new technological tools,” said Raghavan.

Dr R S Sharma, chairman, Telecom Regulatory Authority of India (TRAI), said India was producing more data than China and America put together. “India is a data-rich country. But are we doing anything to monetise it. We talk about Aadhar data, but what about Facebook, Google and Amazon who are mining data from Indians. We are providing raw material for these companies but we have no share in the value-added products they are producing,” he said.

India needs to develop frameworks for data ownership, privacy and security in order to take advantage of data­ being generated in the country, he added.

Professor U B Desai, IIT-Hyderabad, said while India stood sixth in terms of research papers being published on AI (after China, US, Europe, Japan and Korea), it was lagging greatly when it came to investments in AI ecosystem. India, he said, was digitally mature and had a talent pool developing, but it lacked investment by industry and startups.

“In the Silicon Valley, half the startups are AI-based, but in India even big IT companies are only scratching the surface,” said Desai.

The colloquium is expected to come up with a set of recommendations on ethical framework and regulatory mechanism required to harness AI for social good. (India Science Wire)