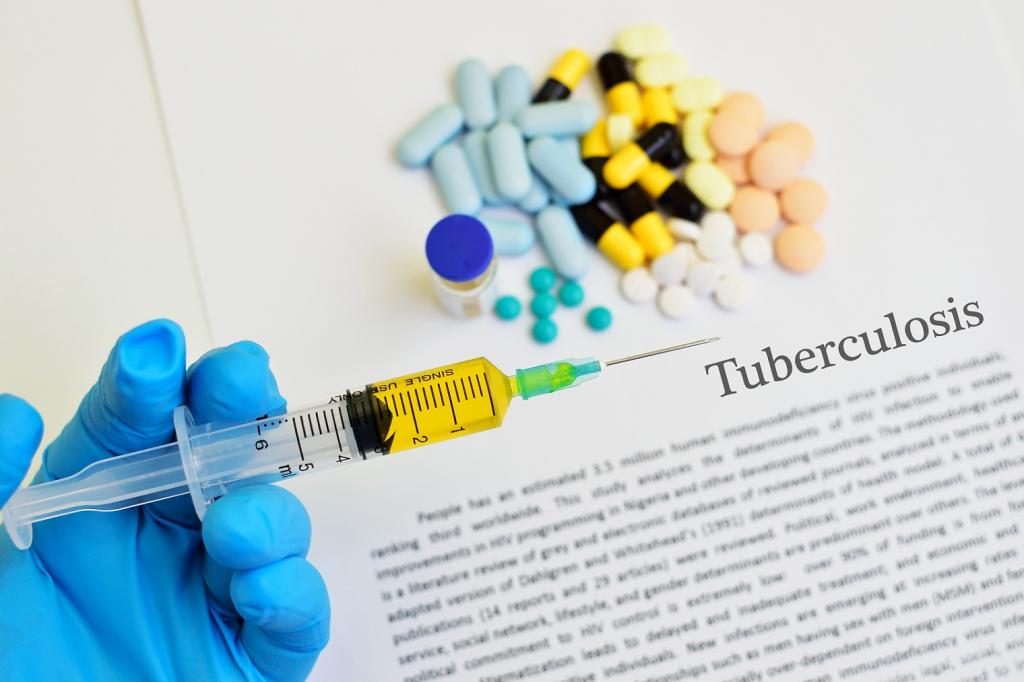 Tuberculosis claims two million lives each year globally. Early detection and treatment are crucial to prevent spread, outbreaks, and development of resistance. Scientists at the Translational Health Science and Technology Institute (THSTI) and All India Institute of Medical Sciences (AIIMS), New Delhi have jointly developed highly sensitive and rapid tests for detection of tuberculosis infection in lungs and surrounding membranes.

TB spreads from one person to another through inhalation of infected air. When the bacteria attack the lungs, the disease manifests itself as pulmonary form. It is the most common form of TB. But about 15% of new patients in 2016 were found infected with extrapulmonary TB where organs other than lungs may be affected. Till now, detection of all forms of TB is mostly based on sputum smear microscopy and culture tests. While smear microscopy is simple and rapid, it has low sensitivity. Culture test is highly sensitive, but takes two to eight weeks to get results.

Conventional diagnostic tests use antibodies for detection of bacterial proteins in sputum samples.  However, such tests suffer with limitations including batch-to-batch variability, limited shelf-life, and cost.

To address these problems, the researchers have now developed two DNA aptamer-based tests — Aptamer Linked Immobilized Sorbent Assay (ALISA) and Electrochemical Sensor (ECS) for detection of a bacterial protein in the sputum.

Aptamers are DNA, RNA or peptide molecules that bind to specific molecular targets.They are known to bind the right target (which defines sensitivity) and at the same time rule out any non-specific binding to other targets (specificity). The performance of the newly developed tests was compared with antibody-based tests in 314 sputum samples. ALISA showed 92% sensitivity while the antibody-based method was 68% sensitive.

The research team used ALISA to detect a bacterial protein, HspX. This method, however, took five hours to yield results because it requires sputum immobilization which is time-consuming step. So the team made efforts to develop a simplified ECS test. In this, aptamer was immobilized with an electrode and upon binding to HspX in the sputum sample, a drop in the electrical signal was recorded.

The ECS test can be used for screening of samples in the field as it takes as less as 30 minutes to deliver results. It is highly sensitive and could detect HspX protein in 91% of the samples tested in this study. In addition, there is no need for sputum sample preparation which is a complex and time-consuming process.

“We aim to develop aptamers for detection of multiple bacterial proteins simultaneously which is expected to lead a more robust test,” said Tarun Sharma, a member of the research team.

“The aptamer-based screening tests for pulmonary TB, pleural TB, and TB meningitis hold immense promise for a country like India, where the disease burden in high and primary health care is only a dream for many. The ECS platform could be used in a mobile screening van at the point-of-care,” explained Jaya Tyagi, who led the research team AIIMS. “We hope that these tests are adopted by the TB programs in the country,” she added.

The group used aptamer-based test also for detection of pleural TB, the second most prevalent form of extrapulmonary TB. Early diagnosis of pleural TB is limited by availability of a sensitive and rapid test. The performance of existing DNA-based tests varies widely due to low bacterial load in pleural fluid sample.

“There is no test for making a confirmed diagnosis of pleural TB. Even WHO-endorsed Gene Xpert has a poor sensitivity of 22%. On the contrary, our aptamer-based test for pleural TB has showed 93% sensitivity and is cost-effective,” explained SagarikaHaldar, a member of the research team, while speaking to India Science Wire.

The research teams were led by Dr. Jaya Tyagi (AIIMS), Dr. Tarun Sharma and Dr. Sagarika Haldar (THSTI) and included people from both the institutes. The pulmonary TB results were published in journal ACS Infectious Diseases and the pleural TB results were published in Analytical Biochemistry. The studies were funded by the Department of Biotechnology, Department of Science and Technology, and THSTI.