Genes are not destiny: environment and education still matter when it comes to intelligence

Even if intelligence has a genetic basis, this doesn't make educational intervention pointless 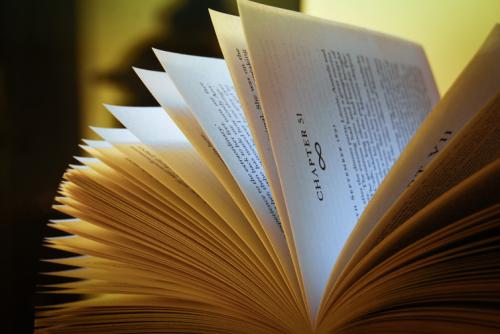 Recent research has suggested that academic performance, reading ability and IQ have a genetic basis. This reinforces the popular notion that intelligence and related cognitive capacities are somehow “in our genes”.

This has led some people to reject the importance of educational interventions on the grounds that spending money on nurture isn’t going to significantly affect the abilities nature has given us.

However, genes are not destiny. There is good evidence to show how effective environmental interventions can be for educational outcomes.

The way in which genes actually contribute to intelligent individuals is often overlooked.

Genes can act in a variety of ways to produce their effects. Some genes may alter brain chemistry so that a person is better able to learn. Other genes could cause behavioural differences, causing some people to self-select more stimulating environments.

Intelligence is the most widely studied trait in behavioural genetics. It is correlated with a suite of other characteristics ranging from income, to lifespan, to happiness.

Researchers have found a significant genetic contribution to intelligence differences using the method of heritability estimates.

These studies compare populations of identical (monozygotic) and fraternal (dizygotic) twins. Identical twins are genetically identical – they’re nature’s clones. Fraternal twins, like siblings, share an average of 50% of their genes.

If there is a heritable basis for intelligence, then identical twins should be more similar than fraternal twin pairs. This method gives researchers an idea of how heritable intelligence is, but tells us nothing about the actual genes involved.

Since the advent of gene sequencing, new techniques have allowed scientists to identify specific candidate genes that are correlated with intellectual outcomes.

More recently, researchers have investigated the relative effects of many specific genes working together. Earlier this year researchers at Kings College London used this method to explain a substantial proportion of exam score differences.

The standard interpretation of these kinds of results is that intelligence genes work through innate biological processes, causing individual differences. But this may not always be the case.

Imagine two groups of children who have different versions of a candidate intelligence gene: Gene X.

Children with one version of this gene have an insatiable love for the musty smell of books. The other group of children feel the opposite way and detest the smell.

A genetic analysis of these results could easily lead researchers to declare that Gene X is the gene for reading ability. But it makes more sense to think of Gene X as a gene for smell preferences.

These smell preferences then cause environmental differences between the two groups, and it is the environment that plays the final part in generating differences in reading scores.

Genes can cause differences in brain development. But they can also predispose individuals to experience different kinds of environments. In behaviour genetics this is termed “gene-environment correlation”.

There are many ways in which people behave that could influence their environment. Personality differences will influence whether or not a child has the confidence to attend an extracurricular class. Differences in temperament will affect the kinds of resources children will seek out for themselves.

More social children might spend less time constructing an academically rich environment than those spending more time alone. If personality differences of this kind are correlated with academic performance, then it is likely that associated genetic effects are thought of as due to “intelligence genes”.

A danger with the genetic research of human abilities is the way in which findings are understood. If results are interpreted prematurely or incorrectly, then ineffective and potentially disastrous policy decisions could follow.

This was illustrated in the 1960s when prominent geneticist Arthur Jensen criticised the Head Start education program, which offers compensatory education to children from disadvantaged backgrounds.

One reason for its instigation was to bridge the divide in school performance between black and white American students. Jensen claimed that interventions of this type would be of no use because of the genetic basis of intelligence.

Unfortunately, racism still persists, as does prejudice in many other forms. Because of this, scientists and media professionals should be extra careful when they present findings about genetic causes.

There is more work to be done to uncover the environmental factors associated with genes. But we should pay close attention, as this information can be used to create a fairer education system for all.