X-ray radiography has the potential to be the right technology for in-field evaluation of farmers’ produce, the study by ICRISAT has showed 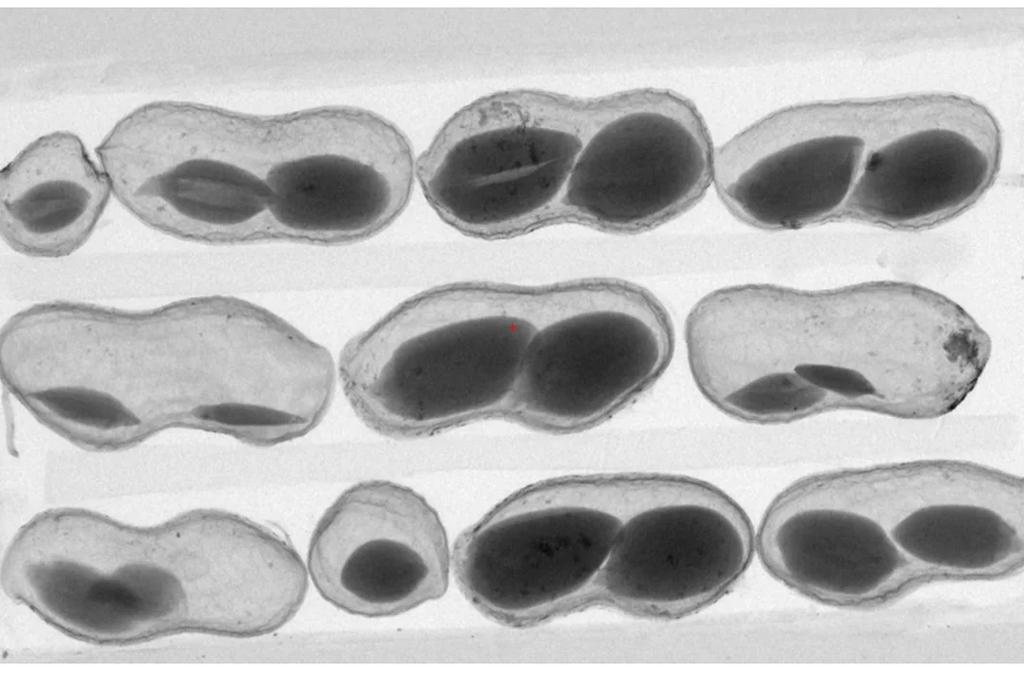 A team of researchers have, for the first time, used X-ray radiography to determine key market-related traits of peanuts while still inside the hull, according to a statement released September 12, 2022.

The team comprised scientists from the International Crops Research Institute for the Semi-Arid Tropics (ICRISAT), Hyderabad and the Fraunhofer Development Center for X-ray Technology (EZRT) in Erlangen, Germany.

They developed novel artificial intelligence-based algorithms to extract an accurate estimate of the physical traits from X-ray radiographies of whole peanut pods.

This has enabled groundnut breeders at ICRISAT to now spend a fraction of the usual time taken and scan up to 100 samples in a day to pick the best variety for the season.

Stefan Gerth, head of department, EZRT, was quoted as saying:

ICRISAT crop researchers pointed to the important gaps frequently restraining Indian farmers from reaping the benefits of their hard labour and researchers from rapid breeding of improved crops. The collaboration helped us to adapt our technology so that the gaps can be closed.

“We are expanding these algorithms for estimating the seed size distribution and others. So, one X-ray scan used for determining multiple traits is more cost- and time-efficient than the manual process we have been following,” Pasupuleti said.

The processing algorithms that allow ‘virtual shelling' are also being explored for feature evaluation of various other crops such as rice, oats and barley, and pigeonpea for estimation of other commercially significant traits like milling recovery.

The study had shown that X-ray radiography had the potential to be the right technology for in-field evaluation of farmers’ produce which the International Committee for Food Value and Safety calls for, the statement said.

A portable X-ray imaging system will be especially useful in grain value chains where the time needed to assess the economic value of grain by threshing or milling is a significant barrier.

ICRISAT and EZRT will work together to facilitate the necessary tech transformation of such grain value chains in the near future, the statement said.

“Substituting the manual procurement methods with the use of suitable technology could standardise and accelerate the procurement process in the future. It also allows fair procurement cost estimation for the primary producers and all stakeholders across the value chain,” Jana Kholova, cluster leader crop physiology and modelling, said.

Choudhary said the use of X-ray based technology could revolutionise agriculture research, which had been relying on age-old manual methods or time-consuming laboratory testing methods for determining crop post-harvest traits.