People belonging to the Ror community living in parts of present-day Haryana and Rajasthan have emerged as a key player in the jigsaw puzzle called the Indus Valley.

A new genetic study has claimed that it is the Rors who came to the Indus Valley when it was flourishing during the Bronze Age and inducted West Eurasian genetic ancestry. When Rors migrated to the Valley, they added greater diversity to the already-existing communities like Gujjars, Jats, Kambojs and Khatris.

In the genetic landscape of the communities that inhabited the Indus Valley, Rors thus stand out because of their West Eurasian genetic makeup, even to the present day, the study done by an international group of researchers has concluded.

“The affinity of Rors to West Eurasian population groups may be a result of genetic continuity since the migrations from the Steppe Belt (the Aryan region) in the Bronze Age, rather than a result of recent admixture,” the study has argued. The study has found that Indus Valley populations are marked by considerable genetic diversity that has persisted over thousands of years.

The Indus Valley Civilisation is known to have extended from present-day Northwest Pakistan to Northwestern India and which had major settlements in the plains between the Indus and Ganga basins. Harappa and Mohenjodaro were major archaeological sites of the Indus Valley.

The study, published on December 7 in the American Journal of Human Genetics, included DNA data from four Northwest Indian population groups—Ror, Gujjar, Jat and Kamboj—whose long-term existence in the Indus Valley region can be traced back to the early Vedic scriptures. The Ror population all over India is estimated to be 7.5 lakh. The community has its roots in an area extending across the Gujarat-Rajasthan border and historically, it was concentrated in and around Ror in Sindh.

DNA was extracted from blood and saliva samples collected from over 250 individuals belonging to the four communities. While Rors were sampled from within a 100 km radius of Kurukshetra, other samples were collected from within 100 to 400 km of the city. Previously published data of the Khatri community of Punjab was also used for the analysis, along with published genetic data.

Different Indian populations from North to South or from East to West show some kind of a gradient related to genetics, but Rors and Jats stand out from the variation. Rors have been found to be genetically closer to populations living west of India such as prehistorical and early historical ancient individuals from the Swat Valley near the Indus Valley. Till now, the Kalash community from Pakistan was considered a reference point for ancient Indus Valley studies.

The study used DNA data of present-day population groups and compared the same with ancient DNA data from other groups such as West Eurasians. “The observed pattern of genetic relationship suggested that Ror can be used as a proxy population that descended from the Ancestral North Indian (ANI) population,” explained Ajai Kumar Pathak, lead author of the study and a researcher at the EBC-Institute of Genomics, University of Tartu, Estonia. 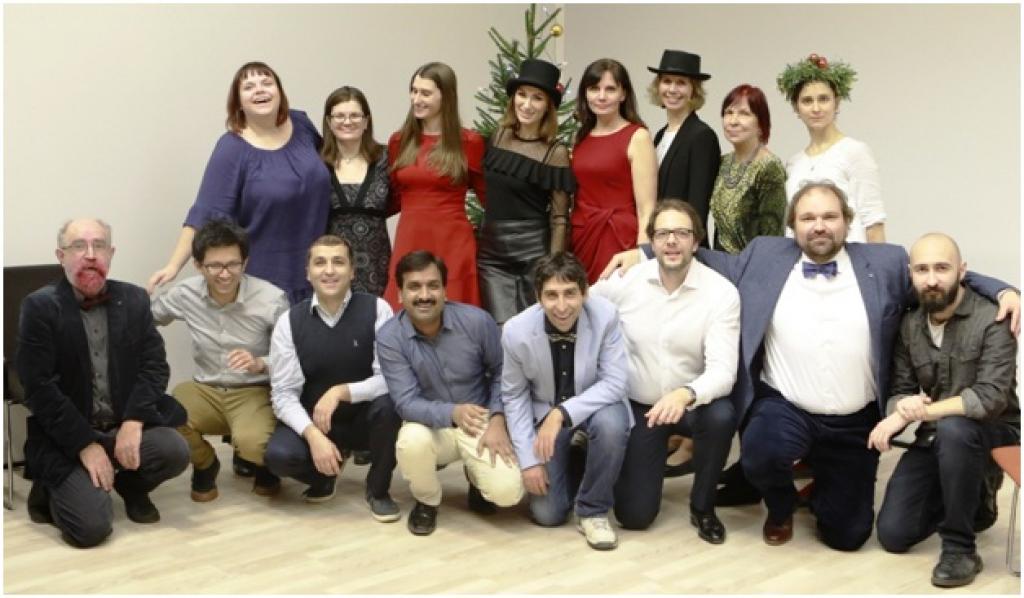 “We looked at populations in Pakistan and northwest India and tried to see what genetic differences they are showing compared to East Eurasian and West Eurasian populations. There, Ror and Jat started to stand out from the beginning. They are closer to West Eurasian populations. They represent ancient groups that may have migrated from Central Asia or the Steppe region,” explained Gyaneshwer Chaubey, professor at the Banaras Hindu University (BHU) and a member of the research team, while speaking to India Science Wire.

Earlier genetic studies have shown that most Indians are descendants of two population groups— Ancestral North Indians (ANI), who probably migrated into the subcontinent 8,000 or more years ago from the Middle East, Central Asia, and Europe; and Ancestral South Indians (ASI), who were native to the region and had been there much longer.

Genetic ancestry studies have taken a new turn since the discovery of ancient DNA of some population groups in the West. One ancient DNA sample has been extracted from a skeleton found in Rakhigarhi in Haryana and results have been presented at a scientific conference. “But this data is not yet in public domain. So we tried to compare modern with the ancient and tried to find out how the modern is related to the ancient assuming that modern populations have been living there since ancient times. Such comparison can tell us if there is any kind of similarity or dissimilarity. If it is dissimilar it means there is no relation between the two groups and their demographic history are completely different,” explained Chaubey.