How this bacterial strain from mosquito gut may help combat dengue

Researchers have been artificially infecting mosquitoes with Wolbachia, a bacteria that prevents replication of disease-causing virus in the guts of mosquitoes 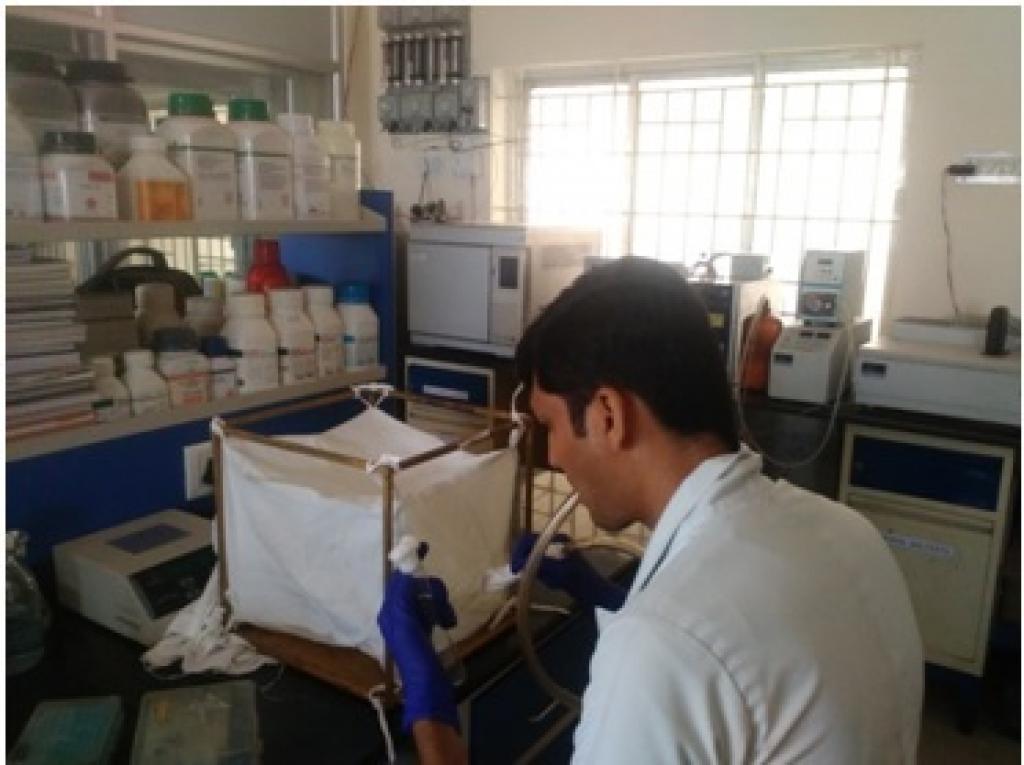 One of the novel ways being experimented to control dengue and chikungunya is to release mosquitoes infected with a bacteria, Wolbachia, which prevents replication of disease-causing virus in the guts of mosquitoes. Now, Indian scientists have found that a strain of wolbachia naturally occurs in mosquito species, Ae. Aegypti, in South India.

Wolbachia is shown to hinder the replication and dissemination of pathogens in mosquito besides, inducing reproductive abnormalities. Therefore, researchers have been artificially infecting mosquitoes with wolbachia and exploring if such mosquitoes may be released to for controlling dengue.

“We wanted to find out if Aegypti mosquitoes from Western Ghats that invade Coimbatore city harbor wolbachia either as afree-living entity or integrated with the mosquito genome. The rationale in targeting Aegypti mosquitoes from Western Ghats was that they breed in the wild and this probably widens the scope to tap their diversity,” explain researchers from Bharathiar University and Pondicherry University who conducted the study.

Certain strains of wolbachia have proven efficient to interfere with mosquitoes’ biology thereby reducing virus transmission. It is also safe to humans. That’s why scientists have been trying to trans infect this bacterium into mosquito eggs artificially and release them. Mostly, the bacteria get expelled from the mosquitoes in subsequent generations, unless the infection happens in a natural way. So finding the natural occurrence of wolbachia strains in these mosquitoes is important.

The researchers collected mosquitoes from various regions of Coimbatore. They confirmed the presence of wolbachia using specific 16S rRNAgene primers and Multi Locus Sequence Typing. The team also examined the bacterial spread in the mosquito’s body using Transmission Electron Microscopy.They found high bacterial density in reproductive tissues compared to other body tissues. This implies the possibility of natural infection in the subsequent generations.

“Wolbachiaint errupts viral replication in mosquitoes. This results in low viral concentration within mosquitoes, making them incapable of transmitting the disease. We are now studying the mechanism of reproductive abnormalities in mosquitoes caused by this bacterium as well as the impact of wolbachia bacteria on replication of disease-causing viruses,” said Sivaraman Balaji, a member of the research team, while speaking to India Science Wire.

“Yet another dimension in the dynamics of control of Ae. aegypti mosquitoes is to look forvariants in wolbachia genome exhibiting potential traits which hitherto have not yet been studiednor exploited. More studies need to be carried out to assess its importance and efficacy incontrolling Ae. aegypti population,” researchers have observed.