In a first, astronomers detect light from very first stars of the universe 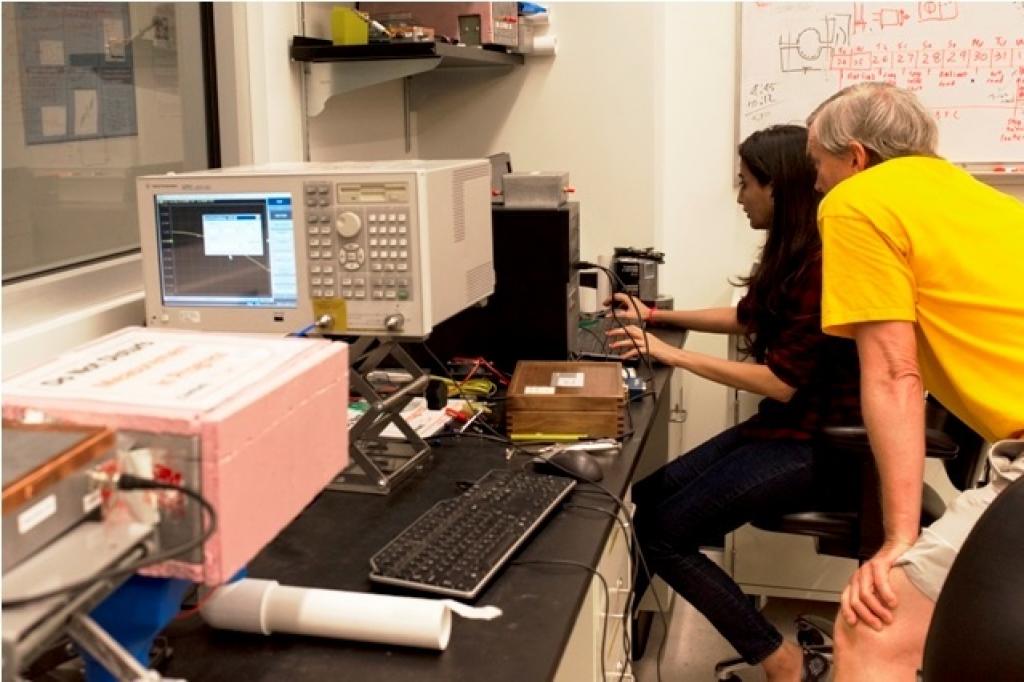 A team of astronomers, including an Indian graduation student Nivedita Mahesh from Arizona State University, has, for the first time, discovered signals from “cosmic dawn” — the moment when the universe’s earliest stars emerged, making a significant breakthrough in our understanding of the evolution of cosmos.

The discovery, if confirmed, could upturn our knowledge of the nature of still elusive ‘dark matter’, say physicists.

When the universe was formed in the Big Bang event 13.8 billion years ago there was no sun, no stars, no light and it was a dark place. Around 3.70 lakh years after the Big Bang, first atoms, primordial hydrogen was formed. Only when the universes cooled sufficiently for attractive force of gravity to overcome the repulsive thermal force the first stars emerged. When did the first stars shine?

The findings by a team led by Judd Bowman, an astronomer at Arizona State University in Tempe, published in journal Nature on February 28, tell us that the first stars were born around 13.62 billion years ago. This happened in what astronomers call as ‘cosmic dawn’ when the whole universe was awash with ultraviolet rays, and first stellar death — explosions in supernovae, formation of stellar black holes — took place around 13.55 billion years ago. For comparison, Sun and Earth formed around 4.6 billion years ago.

“The first signs of the signal were seen when I had just joined the group as a graduate student in August 2016. We wanted to carry out a lot of confirmation tests. I knew right from my first semester that I would be involved in something really big. I am super excited,” Nivedita recalled while speaking to India Science Wire.

Cosmologist came up with an ingenious idea to find when the early stars emerged. First stars, which were rich in hydrogen, were massive — tens and thousands times massive than our Sun. Massive stars live and burn out fast. Their intense ultraviolet light would ionise the gas enveloping the stars. The ionised hydrogen gas would absorb the cosmic microwave background (CMB) radiation, the afterglow of the Big Bang at a characteristic wavelength.

“This intense ultraviolet light from the first stars could then interact with the hydrogen gas in the universe, lowering its temperature below that of the ambient CMB radiation. This lets us see this hydrogen gas as a shadow against the brighter CMB in a particular frequency range. This causes the brightness of CMB radiation to dip in characteristic wavelength,” explained Saurabh Singh, Raman Research Institute, Bengaluru.

As stars aged and ultimately died in violent explosions, resulting in exotic neutron stars or black holes, they emitted intense X-rays which further ionised primordial hydrogen atoms. Highly-ionised gas cloud would have fully muted the wavelengths. By looking for the dip in the brightness astronomers could infer when the first light dawned in the universe and by identifying when the characteristic wavelength was muted they can pinpoint when the first stars began to die.

In what is described as ‘searching-needle-in-a-haystack’ operation, researchers intensely scanned the sky to detect even minuscule variation in the strength of the CMB radiation. The dips were seen to occur at wavelengths between 65 megahertz (MHz) and 95 MHz. Further booming signals emanating from natural sources in Milky Way galaxy were drowning out the measurement. The noise from other sources was about thousand to 10,000 times brighter than the signal. “It is like being in the middle of a hurricane and trying to hear the flap of a hummingbird's wing," as Peter Kurczynski, the NSF program director, put it.

The researchers used a table top-sized radio telescope called ‘Experiment to Detect the Global Epoch of Re-ionization Signature’ (EDGES), based at the Murchison Radio-astronomy Observatory in the middle of Western Australian desert. Located far from cell phone towers, television and FM radio signals, this is one of the best ‘radio quiet’ places in the world. EDGES could capture faint signals from the outer reaches of the universe. After the strenuous search, researchers found, the dip, just 0.1% drop in the radiation at roughly the frequency they expected.

Before the first stars, the universe had just hydrogen and some helium atoms. Heavier elements like carbon, oxygen and so on were cooked inside the stellar crucible subsequent to cosmic dawn. Life, as we know, is carbon-based and understanding the ‘cosmic dawn’ is crucial to understand our cosmic evolutionary ladder.

“The signal that we have observed from the first stars is at a frequency we expect but the strength of the signal happens to be twice as big as the standard models predict. This means that the neutral gas was colder than what was expected and predicted,” says Nivedita. If the universe was colder than the estimates, then it means that the elusive dark matter cannot be ‘weakly interacting massive particles’ which is the current fad of physicists. These results suggest a new form of interaction between ordinary matter and dark matter. “This dip, they find, is more than twice as much as predicted. This is a puzzle for theorists to understand and solve in the years to come,” says Somnath Bharadwaj, a professor at IIT-Kharagpur.

“This is two kills with one stone,” says Nivedita. “The study not only establishes the time scale of Cosmic Dawn phase of the evolution of the cosmos, but also gives us clues on the mysterious dark matter, about which we are literally groping in the dark.”

Astronomers are excited but cautious. They are looking for a second opinion. Although Bowman and his team detected the signals in 2016 itself, they waited for two years to make sure that the signals were not instrumental error or noise. They even built a second antenna and scanned different patches of the sky to test.

“The reduction in brightness that they measure is as small as 1 part in 4,000. The researchers have done extensive tests to rule out any errors and mistakes in their equipment. Hence, astronomers around the world are now racing back to their labs to try and confirm and duplicate this result, including in India,” says Shiv Sethi of Raman Research Institute in Bengaluru. Extraordinary claims in science also require extraordinary evidence. “RRI has built a sensitive instrument, with which, in a few months, we will be able to refute or confirm this claim,” says N Udaya Shankar, professor, Raman Research Institute, Bengaluru.

Meanwhile, astronomers around the world are proposing to train the Hydrogen Epoch of Reionization Array, an international radio-telescope project based in South Africa’s Karoo desert, and the LOFAR (Low-Frequency Array), a large system of radio antennas spread over five European countries to get an independent verification. “The Giant Metrewave Radio Telescope near Pune operated by the National Centre for Radio Astrophysics (NCRA-TIFR) is well suited to detect these variations,” says Tirthankar Roy Choudhury, a professor at NCRA-TIFR.

Besides Bowman and Nivedita Mahesh from Arizona State University’s School of Earth and Space Exploration, the research team also included Alan Rogers of the Massachusetts Institute of Technology's Haystack Observatory, Raul Monsalve of the University of Colorado, and Thomas Mozdzen of ASU. (India Science Wire)