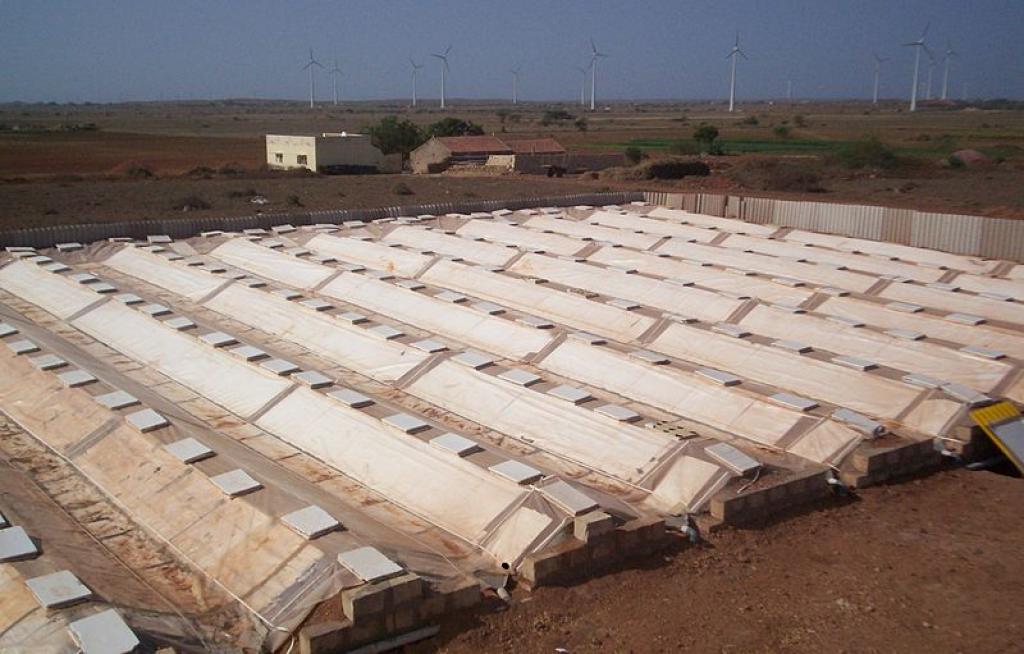 We often notice dew drops on leaves, grass and some sloping surfaces in morning hours. These dew drops can actually be a source of drinking water.

A group of Indian scientists, working with experts from France, has developed technology for harvesting dew or atmospheric moisture for drinking water purposes and shown that it can be a cost-effective option in water-stressed regions like Kutch in Gujarat.

India’s first potable water production plant designed to harvestatmospheric moisture and process it into drinking water has been set up at Kothara village in the Kutch region. It has a capacity to processan average 500 liters of water daily.

Condensation can occur over several hours of the night often extending to early mornings. The collected water is then put through a multi-stage filtration and purification process. The filtered and purified dew water has been found to meet WHO standards.

“The condensation panels mimic the condensing behaviour similar to those of plant leaves and blades of grass,” explained Anil K Roy, a member of the research team and an associate professor of physics at the DhirubhaiAmbani Institute of Information and Communication Technology (DAIICT), Gandhinagar.

The condenser field, which looks like a solar plant,is made of 30 rows of condenser panels, each 18 meter long and 1 meter wide. These panels are sandwiched with 25 mm thick styrene foam board in the middle and wrapped around with special plastic film. The panels are mounted on angle iron frames at a height of 1.5 meter from ground.

“Collecting rain water issimple, but harvesting dew is very challenging,” Prof Roy told India Science Wirein an interview. “The dew condenser designed, developed and field-tried by us is novel. Condensers are planar panels made of highemissivity plastic film insulated underneath. They get cooled by re-radiation at night and canharvest 15mm of dew water in the season. While condensers are specifically engineered to condensedew, rain can be routinely harvested using the same surface.”

The project was conceived by Prof Girija Sharan while he was at the Indian Institute of Management, Ahmedabad. Later he shifted to DAIICT and subsequently passed away. The results of the study have been published in Journal of Cleaner Production. French researchers participated in designing of the plant and conducting simulation studies.

The aim of the project is to demonstrate that atmospheric moisture can be harvested andprocessed into safe drinking water comparable in quality and price to RO (reverse osmosis) processed water. RO units are being widely used in the village in the absence of any durable source of drinking water, though it results in wastage of water.

“The expected yield of filtered, treated potable water from the plant is 150,000 liters a year. The cost to produce one liter, accounting for investment and running costs is expected to be 0.5 rupee for one liter of bottled water,” said Daniel Beysens from Pierre and Marie Curie University. “We are discussing with other countries to build similar plants there,” he added.

The Kutch region gets around 300 mm of rain over 15 to 20 days during the monsoonseason, while dew occurs from October to May with 100 to 115 dew-nights and20-25 mm of dew water over the season. A suitably designed dew-cum-rainwater harvesting plant can potentiallyharvest 320- 325 mm of rainwater and atmospheric moisture during a year. Ability to harvest both rainand dew from the same catchment improves economic viability of such systems.

Mostof the eight hundred villages in Kutch experience shortage of safe potable water for residents and livestock.Out of them, about 150 villages have been categorized as `nosource' villages and have to depend on water transported from long distances daily.