Is chicken's odour the answer to mosquito-borne diseases? 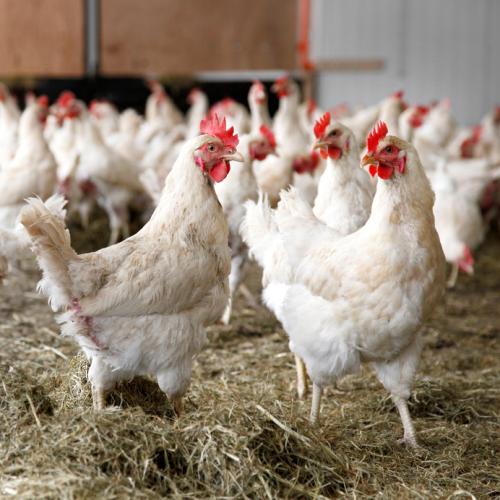 Malaria-transmitting mosquitoes actively avoid feeding on chicken species by recognising the odours emitted by them, said a study published in Malaria journal.

Mosquitoes have developed methods to distinguish host species from the non-host ones. Researchers said that mosquitoes probably avoid chicken because birds prey on insects and their blood does not provide enough nutrition.

To find out which species of chicken mosquitoes avoid, researchers from Swedish University of Agricultural Sciences and Addis Ababa University, Ethiopia collected data on population of human and domestic animals in three Ethiopian villages.

They concluded that Anopheles arabiensis is the most common species that transmits malaria in sub-Saharan Africa. This species usually avoids chicken when looking for the hosts, the found.

Researchers identified chemical compounds present only in chicken feathers and put them on mosquito traps in eleven houses. It was found that fewer mosquitoes were caught in traps baited with chicken compound than in the other control traps.

Richard Ignell, co-author of the research paper stated, “People in sub-Saharan Africa have suffered considerably under the burden of malaria over an extended period of time and mosquitoes are becoming increasingly physiologically resistant to pesticides, while also changing their feeding habits, for example, by moving from indoors to outdoors.”

"For this reason there is a need to develop novel control methods. In our study, we have been able to identify a number of natural odour compounds which could repel host-seeking malaria mosquitoes and prevent them from getting in contact with people."

The researchers say that chicken compounds will be more effective as mosquito repellents as compared to the ones currently available. These can provide protection to humans at risk of mosquito-vectored diseases in combination with established control programmes, the study said.