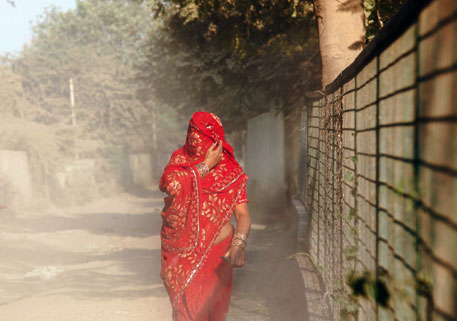 Strokes are the second most common cause of mortality in the world, accounting for almost 5 million deaths every year. They are also the third most common cause of disability. Till now, strokes have been associated with cigarette smoking, hypertension and obesity. But recent studies have found another culprit: air pollution.

Neurologists and cardiologists from the University of Edinburgh, in the UK, recently reviewed scientific studies conducted across 28 countries between 1990 and 2014, and found a definitive connection between air pollution and stroke-related deaths and illnesses that require hospitalisation. The scientists found that both types of ultra fine particulate matter that are mostly emitted from vehicles—particulate matter that are smaller than 2.5 microns or PM2.5 and those smaller than 10 microns or PM10—may increase the risk of stroke. Chances of stroke further increase when a person is exposed to higher level of PM2.5. The review, known as meta-analysis in scientific lexicon, was published in British Medical Journal in March 2015.

The scientists also found a definite link between the risk of stroke and gaseous pollutants, such as carbon monoxide (CO), sulphur dioxide (SO2) and the most common, nitrogen dioxide (NO2). “All these pollutants are emitted directly from diesel vehicles,” Anoop Shah, a lead researcher of the meta-analysis told Down To Earth. Exposure to NO2 can cause haemorrhagic stroke, which occurs when a blood vessel ruptures and bleeds into the brain. All gaseous pollutants, except ozone, can cause ischemic strokes, where thickness of blood increases to the extent that it causes clots and obstructs blood supply to the brain. Shah says chances of strokes are higher on the day of exposure to high air pollution and among those who live in areas with high air pollution.

While there have been studies looking at the effect of air pollution on strokes, they could not establish the link due to very small sample size. “However, our meta-analysisconfirms this link,” says Shah.

Kameshwar Prasad, professor of neurology at the All India Institute of Medical Sciences (AIIMS), New Delhi, who is guiding the country’s first study to understand the link between air pollution and stroke, agrees with the findings of the meta-analysis. He told Down To Earth that air pollution could change the size of blood vessels and viscosity of blood. When inhaled, particles such as PM2.5 act as foreign bodies, changing the lining of blood vessels and constricting them. This raises blood pressure, causing strokes. There is a stronger evidence that exposure to air pollution increases the risk of ischemic strokes, says Prasad, who is studying 800 stroke patients.

Funded by the Department of Biotechnology and based on air pollution data from the Central Pollution Control Board, his study analyses the date and time when a patient gets a stroke and compares it with the air pollution at that time.

Prasad and his fellow researcher at AIIMS, Awadh Kishore Pandit, say people who are already predisposed to risk factors like blood pressure, cholesterol, obesity, old age and physical inactivity are at a higher risk of stroke when exposed to air pollution. The study, which started in August 2014 as a primary one, is expected to finish by 2016.

The study results will show the risk of strokes among people living in highly air-polluted and densely populated regions like India.

Though the meta-analysis by the University of Edinburgh researchers establishes the link between air pollution and risk of strokes, its finding does not specifically reflect the risk factor in regions like India due to a paucity of data.

About 80 per cent of the studies reviewed in the meta-analysis originated from high income countries. The remaining 20 per cent of the studies were from middle- and low-income countries, mostly from China, Latin America, Southeast Asia and South Africa. According to the researchers, very few studies have been conducted in regions like India to understand the impact of air pollution on stroke, possibly due to scarcity of air quality monitoring, less disease surveillance and less cohesive air pollution policies.

“There is a need for policy changes to reduce personal exposure to air pollutants in these countries,” the researchers of the meta-analysis note in the British Medical Journal.