Loyalty to scriptures should not breed hostility to science

Lately, a slew of remarks by political leaders in the country had nixed established scientific principles 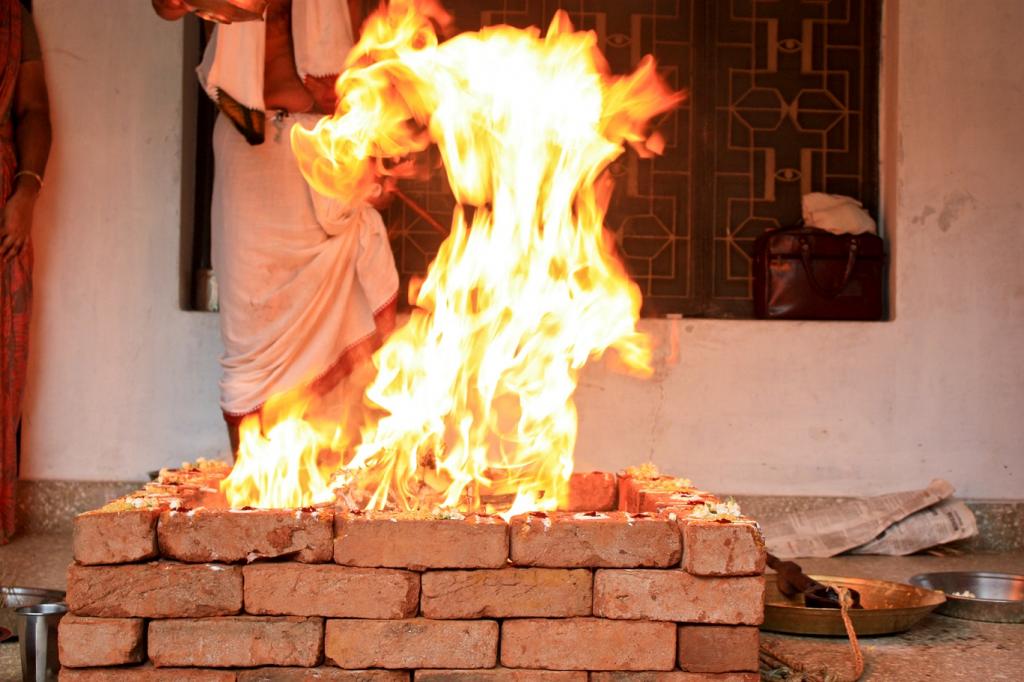 It is not just about religious beliefs taking precedence over science, but also about growing obscurantism. Credit: Wikimedia Commons

For 99 hours, 50,000 kg of mango wood will be burnt by priests from across the country during a nine-day-long ‘mahayagna’ organised by Shri Ayutchandi Mahayagna Samiti, apparently, to purify air. Ironically, this is happening in Meerut—a city in Uttar Pradesh whose air quality is more threatening than Delhi and it is already struggling to stem rising pollution due to vehicular emission and burning of biomass and other agricultural residue.

Not just purification of air, yagnas (or hawans) have also been seen as an important means to attract clouds, bring rains and mitigate drought situation in the country. In 2016, Virendra Singh, a BJP MP from Badhoi in Uttar Pradesh, urged his fellow MPs to organise yagnas in their constituencies during the drought season. He was participating in a discussion on drought, water crisis and issues related to inter-linking of rivers.

What do these arguments suggest? It is not just about religious beliefs taking precedence over science, but growing obscurantism and anti-science thinking.

Time and again, people have questioned polluting rituals carried out in the name of religion, which gives emphasis on keeping the environment clean and pure. As someone had said, it seems that a devout Hindu of present times is selectively targeting the sacred pancha bhoota—five great elements, including Air, Water, Fire, Earth and Sky. Both air and water are bearing the brunt of polluting rituals. Take the example of River Ganga. Millions of Hindus plunge into the river to wash away their sins, and, in the process, affects the quality of water. Similarly, the custom of immersing the dead in the Holy River or the ashes to ensure that all the previous sins are pardoned is highly polluting.

In the case of mahayagna, which is happening in one of the most polluted cities in the country, there is an attempt at decrying something fundamental: when we burn wood, we release carbon into the atmosphere that might have otherwise been stored in that form for decades or centuries. Last year, the Supreme Court-appointed Environment Pollution Control Authority (EPCA) clearly recommended against burning wood in the Delhi to tackle air pollution crisis.

The organisers of the event, however, are seen justifying this event by claiming that burning mango wood does not cause pollution. Gyanendra Agarwal, president of Shri Ayutchandi Mahayagna Samiti recently told media that mango wood, when burnt after pouring pure ghee, does not cause pollution. He also quoted a scientific report, which, according to him, claimed that the Ozone layer above India is the least damaged because of frequent yagnas.

People holding important positions in different ministries often give reference to theology and mythologies to nix scientific observations. Recently, India's science and technology minister evoked angry reactions from scientists after he claimed that physicist Stephen Hawking, who passed away on March 14, had said the Vedas had a theory superior to Einstein's law of relativity. As recent as January 2018, Minister for Higher Education, Satyapal Singh, who calls himself “a responsible man of science”, suggested that Darwin’s theory of evolution is “scientifically wrong” and “needs to change” in school and university curricula as “nobody, including our ancestors, in written or oral, have said they saw an ape turning into a man”. Even our Prime Minister has attributed the science behind plastic surgery to ancient India.

How do we explain this loyalty to scriptures and hostility to science, where hard evidence is pushed to the margins by mythological anecdotes?