Microneedle-based system can take pain away from vaccinations

BITS Pilani scientists developed a microneedle, which unlike a syringe needle, doesn’t cause much injury as they need minimal invasion of the skin 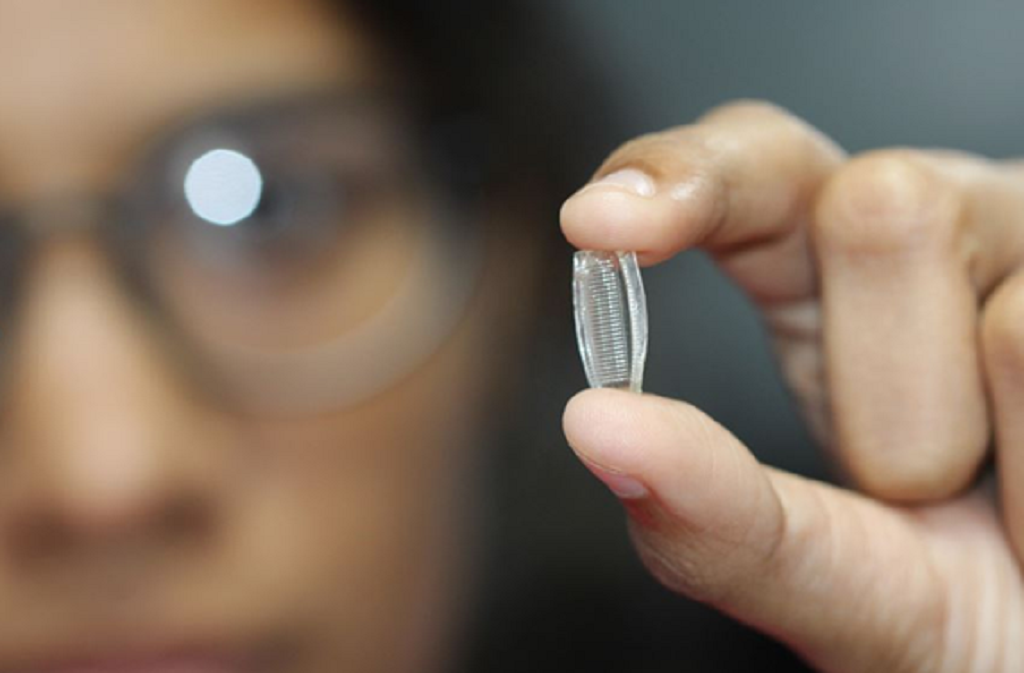 The microneedle is made from a biopolymer, zein, a protein found in corn and used to make biodegradable plastics, fibres, adhesives, coatings, inks, cosmetics, textiles, and chewing gum. Credit:Author

For kids who hate needle pricks, there may be another option in the offing.

Scientists at Hyderabad campus of Birla Institute of Technology and Science (BITS) Pilani have developed a microneedle patch for drug delivery using a biopolymer, zein.

Zein is actually a protein found in corn and has been used in manufacture of biodegradable plastics, fibres, adhesives, coatings, inks, cosmetics, textiles, and chewing gum, and is considered safe for pharmaceutical applications.

The new device, according to the researchers, would result in improved stability of antigen after coating on to zein microneedles. The research team used micromolding, a fabrication technique used for replicating microstructures to cast cone-shaped zein microneedles. Microneedles, unlike a syringe needle, do not cause much injury as they need minimal invasion of the skin.

Vaccines are usually inactive or weakened antigens which cannot cause infection but induce immune response by producing antibodies. For immunization, a model antigen Ovalbumin was loaded onzein microneedles and it was inserted into the skin of mouse. Later researchers examined the tissues samples and found a significant antibody response against the antigen.

Microneedle patch technology could offer economic and manufacturing advantages. Such a patch can reduce the cost of vaccination since self-administration can eliminate the need of health workers for vaccination. The new patch has been found stable after storage under ambient and refrigerator conditions and can be easily packaged for transportation.

“We have designed more studies in order to confirm if the requirement of cold storage for vaccine products could be avoided, even while we can significantly improve the people perception about taking painful vaccine injections,” Venkata Vamsi Krishna, team leader, told India Science Wire.