Monsoon modeling is not like the ‘blind men and elephant’ story 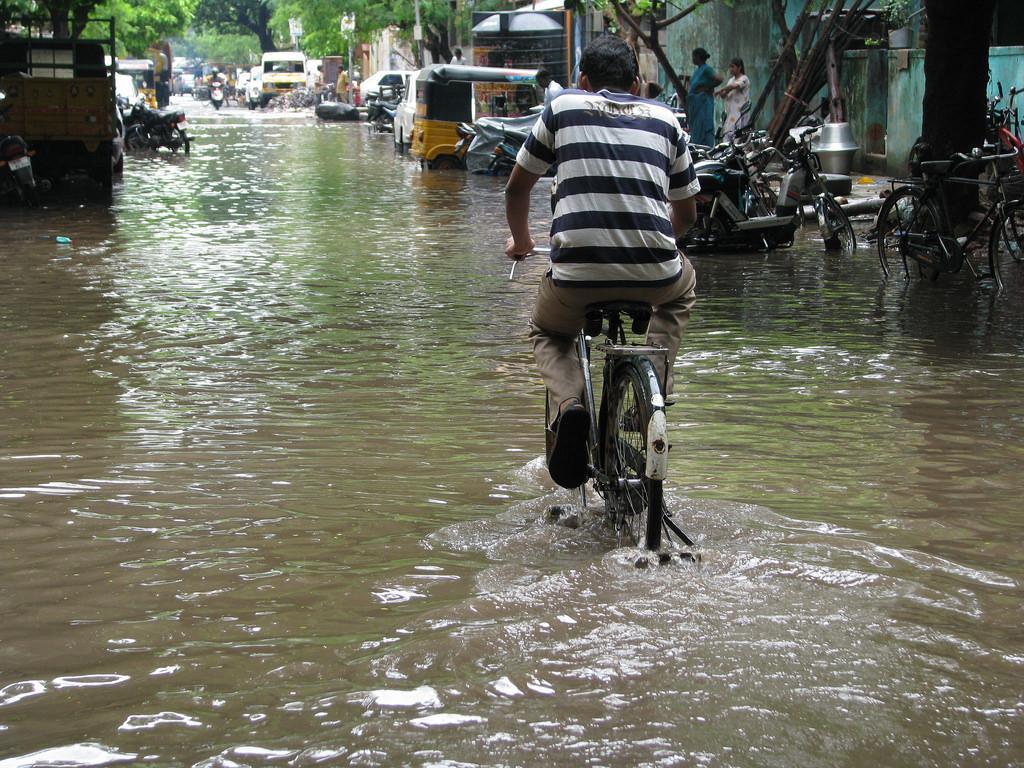 In a few weeks from now monsoon forecasts will begin. These forecasts are based on calculations made by computer modeling. The amazing advances in modeling of weather and climate is evident in the fact that given energy from the sun arriving at the top of the atmosphere, a model’s mathematical representation of the atmosphere, ocean and land, is able to generate the weather and climate as seen in nature. These include the monsoons, El Niño’s, cyclones, the Inter-Tropical Convergence Zone (ITCZ), winds, currents, and so on. Just as even a new car is not perfect, these models are not perfect. When people read different descriptions of the Indian monsoon based on models, it may feel like the allegory of blind men describing the elephant.But in reality, all weather models are working synergistically towards improving monsoon simulations, predictions and future projections.

Nearly all models display a so-called “dry monsoon” bias – they tend to produce a monsoon in the Northern Hemisphere summer but the amount of rain projected by the models tends to be less than observed. Research groups from Indian Institute of Tropical Meteorology (IITM) Pune, Indian Institute of Technology (IIT-Bombay), University of Maryland (UMD) and National Oceanic and Atmospheric Administration have been trying to figure out why this dry bias exists.

As the IITB-UMD study showed, the monsoon pours over 200 lakh crore buckets of water on the Indian subcontinent. Moisture is trucked in from the far reaches of the Indian Ocean. Moisture is carried over the Western Ghats or circuitously over to the Bay of Bengal and curved back to the central plains of India. As the winds twist and turn along the way, some moisture is squeezed out over the ocean as rainfall. In fact, the so-called southwest monsoon winds (coming from the southwest over the Arabian Sea towards the northeast onto India) begin to occur around March-April and much of the moisture falls as rain over East Africa during this time. Only during late May, the Indian landmass warms up enough to demand sustained moisture supply by firing up atmospheric convection. The heat source created by the latent heat release associated with condensation of the moisture keeps up this supply chain till sun’s heating begins to diminish in September.

It is not fully understood how much moisture is supplied voluntarily by the ocean and how much is actually demanded by the monsoon heat source itself. It is also likely that the models are misrepresenting this supply-demand equation and hence, projecting more rain on the ocean and bringing less moisture onto land. But deciphering the cause-and-effect in the climate system which is highly nonlinear and fully-coupled between the atmosphere, ocean and land, can be tricky if not impossible. Small errors in one component of the system can affect the other, and the two together can then amplify the original small error into a serious deficiency.

The main pathways of these feedbacks are two-fold. One occurs at the surface as ocean-atmosphere interactions where warm sea surface temperatures (SSTs) heat the air and the rising air demands surface convergence of air to replace the rising air. Warm SSTs also favor evaporation and the rising water vapor condenses when the moist air expands and cools as it rises. Small errors in SSTs or in surface winds can get amplified by the wind-evaporation-SST feedbacks.

The other pathway is in the middle of the atmosphere.Air can rise dynamically due to warm SSTs or forced to rise due to winds running into a mountain like the Western Ghats or the Himalayas. The resulting condensation of moisture and the heating drive a dynamic response by accelerating winds and fueling more moisture transport. Moisture content of the atmosphere increases exponentially with temperature – warmer air holds much more moisture than colder air. If air is rising in one location, it must sink somewhere else and the sinking air is compressed and warmed up.

The monsoon circulation over the Indian Ocean and Indian subcontinent is such that when the air rises over the ocean, it tends to sink over the land and vice versa. This is one reason why the monsoon tends to be in the active or wet phase for a few weeks when air is rising over land giving us rain. There are weeks of monsoon break or dry period when it is raining over the ocean and the air is sinking over India. This see-saw of rising and sinking air is connected by propagating low pressure systems and depressions. The models tend to be deficient in representing the propagation speed and moisture content of these so-called Monsoon Intra-seasonal Oscillations or MISOs – intra-seasonal referring to periods shorter than a season.

A series of papers by the groups from IITM, IIT-B, UMD and NOAA have diagnosed the details of model shortcomings in the two pathways - the ocean-atmosphere interactions and the atmospheric heating/circulation dynamics. IITM studies have highlighted the circum-global nature of the dynamic feedbacks while the UMD-NOAA studies have emphasized the ocean-atmosphere coupling as an amplifier of wind errors. One IITB studyhas pointed out that an improved representation of the land surface improves evaporation and moisture recycling over the Ganga basin which is argued to be a significant contributor to the late-season rainfall.

Another study from IITB points out that the monsoon onset tends to be delayed in the model used at IITM for monsoon forecasting.This delay is associated with a less than observed moisture supply from the Arabian Sea. The dry bias during the season is then consistent with the observed relation as reported by an UMD study - a delayed onset leads to dry monsoon season in nature as well. This means the model’s monsoon dynamics is consistent with that in nature and if the onset can be improved then the seasonal monsoon rainfall will be improved as well.

Yet another recent study from IITM reports that the monsoon onset may be predictable nearly six months in advance due to its dependence on large-scale dynamics which are generally predictable at longer lead times. IITM is also advancing active/break period forecasts at up to 20-days lead time which can prove critical for the farmers in terms of managing the crop calendar. IITM also reports that a better representation of the ocean at the beginning of the season in terms of its similarity to the real world tends to reduce the dry bias in the forecasts.

It is clear that seemingly disparate insights into the model imperfections are all related to the intricacies of the monsoon dynamics itself and the models capture the most salient features of this complex dynamics. A combination of model improvements and enhanced observations is most likely to bring us accurate monsoon simulations, predictions and projections in the near future.