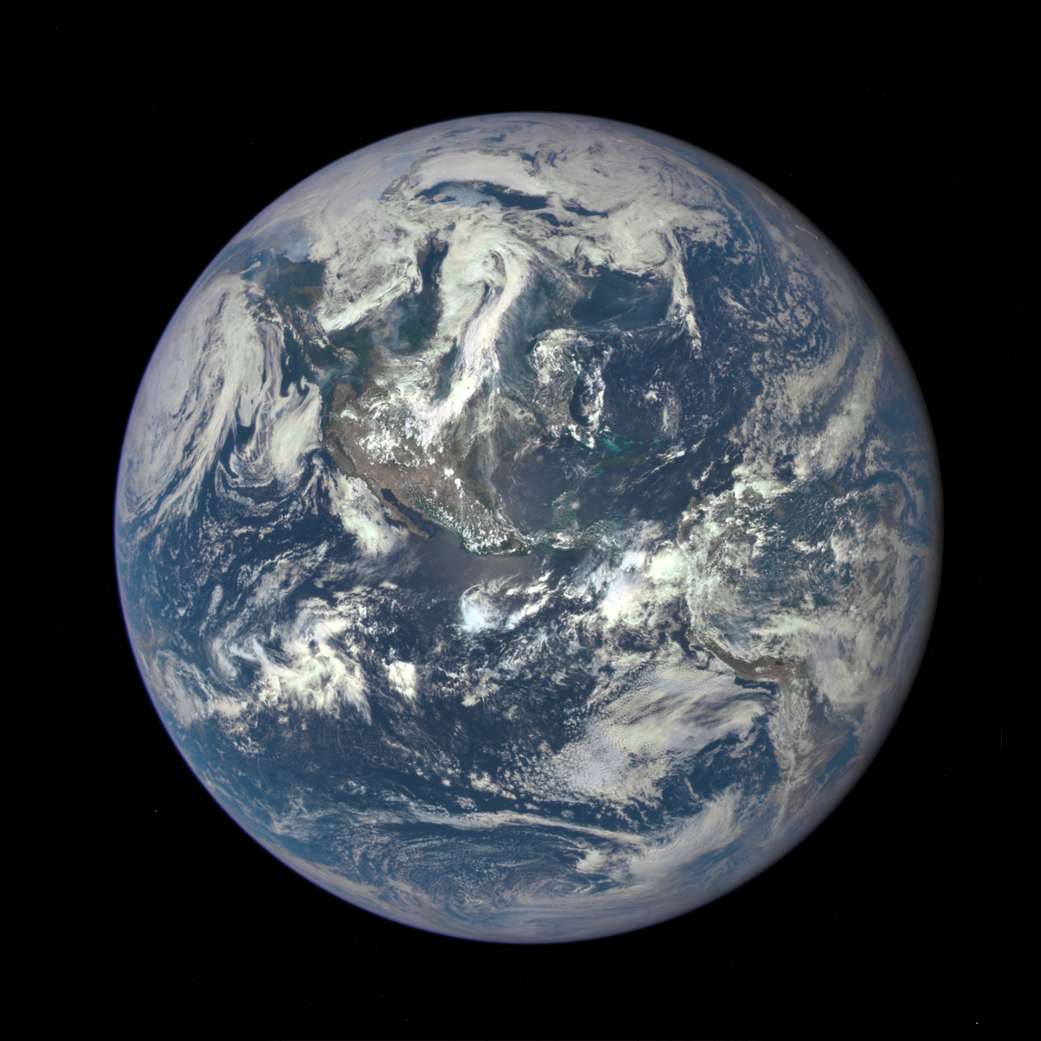 Earth as captured by NASA's camera from 1.6 million kilometres away Credit: NASA

A recent image of the Earth taken by NASA’s Deep Space Climate Observatory (DSCOVR) spacecraft from 1.6 million kilometres away shows the sunlit side of our beautiful blue planet.

The colour image was taken by the Earth Polychromatic Imaging Camera (EPIC) on board the DSCOVR. The image has been generated by combining three separate images.

The image shows North as well as Central America. The central turquoise-coloured areas are actually shallow seas around the Caribbean Islands.

However, the image shows the effect of sunlight scattered by air molecules which gives the image an overall bluish tint. At present, scientists are working to remove this effect from the subsequent images.

Once the instrument begins to acquire data regularly, EPIC will send a daily series of Earth’s images.