Gene doping can change the nature of sports

It involves injecting a gene helpful in boosting athletic performance into the cells of a person. The International Olympic Committee says it will test blood samples collected at Rio for gene doping after the games 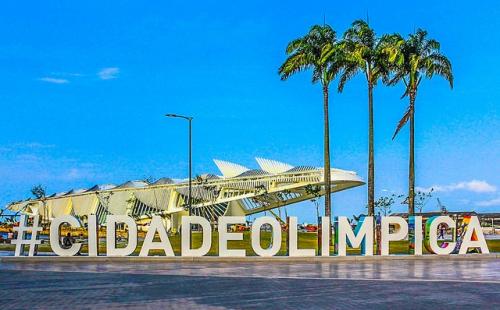 The International Olympic Committee came close to using a new anti-doping test at Rio. The test is designed to catch the athletes who use genes rather than drugs to enhance their performance. But the newly developed test could not be rolled out in time. The committee now says it will use the test on blood samples collected at Rio after the games.

Welcome to the brave new world of gene doping. Gene doping is gene therapy, but used for enhancing sports performance rather than treat ailments. It involves injecting a gene helpful in boosting athletic performance into the cells of a person. The target could be triggering the growth of muscles or oxygen-carrying red blood cells.

The technology for safely inserting a synthetic gene in a person is still evolving but some scientists and the World Anti-Doping Agency (WADA) think the threat of its misuse in sports is high.

“Given recent developments in gene editing, gene doping will be the new frontier of doping unless there is proactive investment in research which, at present, seems not to be happening,” Yannis Pitsiladis, an anti-doping expert with the International Olympic Committee, told Down To Earth.

Scientists have tried two ways of inserting a gene into a cell: one, harvesting cells from a patient, genetically modifying them and implanting them back into the person; and two, delivering the gene straight into the body.

Pioneer of gene therapy H Lee Sweeney has used viruses as the delivery vehicle since “viruses are skilled at smuggling genes into cells”. As he describes it “they survive and propagate by tricking the cells of a host organism into bringing the virus inside, rather like a biological Trojan horse. Once within the nucleus of a host cell, the virus uses the cellular machinery to replicate its genes and produce proteins.”

The proteins thus produced are almost like their natural counterparts. And since they are produced locally, they may not enter the blood, making it difficult to detect them in blood or urine samples. Hence the allure for athletes.

US geneticist Sweeney, who had raised the red flag back in 2004 when such treatments were entering clinical trials, had athletes begging him to be his guinea pigs during the Beijing Olympics.

“No matter what I say to them about [gene therapy] being dangerous and experimental, it doesn’t slow them down—they just keep pushing, saying, ‘I want to be the guinea pig, I want to the first person you try this on.’” Sweeney told Scientific American.

In 2006, German athletics coach Thomas Springstein tried to buy Repoxygen, a gene therapy drug developed by an England-based pharmaceutical company to treat anaemia. This drug produces erythropoietin, or EPO, that cyclist Lance Armstrong was found to infuse in his blood to boost red blood cell production.

Gene transfer is risky as the body’s immune system can overreact. In extreme cases it can cause death. In early trials some children later developed leukaemia.

Although no one has the evidence of an athlete indulging in gene doping, it is a matter of time when athletes get access to the technology. “Gene doping in the strict sense of the expression is not a threat at the moment but it may become reality in the coming decades due to extraordinary advances in gene delivery, targeting, inserting and editing technologies,” says US geneticist Claude Bouchard. Over 2,000 trials have happened in different countries and China and European Union have approved gene therapy for a few diseases.

Should the technology be denied to athletes even if proven safe and beneficial for even healthy people? Sweeney’s work on strengthening muscles in mice shows the “earlier you intervene, the better off you’re going to be when you get old.”

Some have even argued that it can provide a level playing field in sports. In future, we could be watching genetically enhanced Olympians.

(This is the first article in the series on sports.)