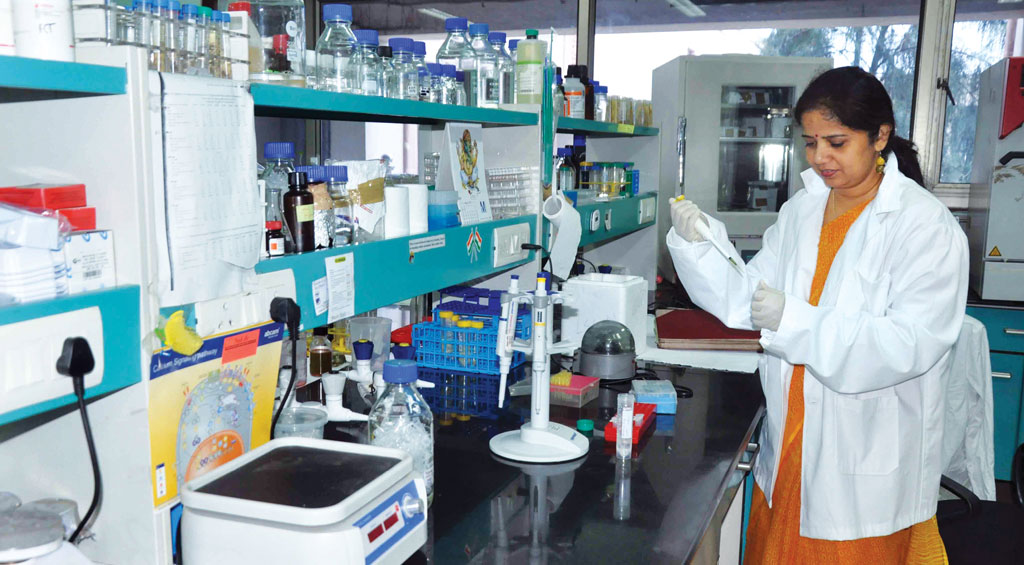 Some diseases can break you, literally. Osteoporosis is a medical condition in which the bones become brittle and fragile from loss of tissue. In India, about 50 million people, both men and women, were either osteoporotic or had low bone mass, estimated the International Osteoporosis Foundation (IOF) in 2013. Current treatment procedure uses hormone therapy with human parathyroid hormone (PTH). But it is expensive, and comes with potential side effects such as bone cancer.

Plant-based therapies are offering alternatives to PTH. The Central Drug Research Institute (CDRI), under the Council of Scientific and Industrial Research (CSIR), has obtained a compound, dalbergiphenol, from sheesham (Dalbergia sissoo), a timber tree, and is working to market it as a nutraceutical, which is a blend of nutrition and pharmaceutical elements. Investigations conducted on mice, whose ovaries were removed to mimic conditions of menopause, showed an increase in their bone biomechanical strength. The scientists found that the fracture healing period reduced from 21 days to seven days. The findings were published online in the journal, Menopause, in April this year.

CDRI also found that the extract from the leaves of Himalayan elm (Ulmus wallichiana) has the potential to treat bone loss, and can increase bone mineral density in women after menopause. The research was able to establish (in the rat model) that both these plants can promote the generation of bone-forming cells called osteoblast. “Our research was inspired by these plants, found in the Kumaon region, which have been traditionally used in ayurvedic medicine,” says Madhu Dikshit, director, CDRI. While menopause is the most common trigger for osteoporosis, alcholism, anorexia and kidney problems can also lead to the condition.

The standardised extract has been made from sheesham leaves, which are renewable and the raw material is freely available, say the researchers. The other advantage is that the drug can be taken orally, as compared to PTH, which is injected. “We are positioning the standardised extract from sheesham as a rapid fracture healing agent as there is none in the market. This would be helpful to heal not only individuals with accidental fractures, but also patients with hip fractures, who are bed ridden and have to remain immobile for a long time,” says Ritu Trivedi, a senior scientist at CDRI, and one of the authors of the study. CDRI has registed sheesham for further clinical trials.

Trivedi explains that menopausal women need to consume an appropriate amount of isoflavones daily, as they exert estrogen-like effects over the bones and can also reduce the risk of heart diseases. “Both plants displayed compelling evidences of being an anti-osteoporotic agent,” says Trivedi. The cost-benefit ratio too showed that this treatment is very economical and can reach the poorest in India, she adds.

The phytoestrogens from sheesham and the Himalayan elm are better than those isolated from soybean, another source of the chemical. However, the Himalayan elm cannot be taken up for clinical trials, as adequate plant material has become difficult to obtain in recent years. The researchers are optimistic that the raw material will be available soon.

While sheesham is prescribed in ancient ayurvedic texts for improving bone health, it is rarely used. Instead, plants like ashwagandha (Withania somnifera), asthisamharaka (Cissus quadrangularis) and guggul (Commiphora wightii) are prescribed to treat osteoporosis, says Monika Sharma of Chaudhary Brahm Prakash Ayurved Charak Sansthan, an autonomous institute for ayurveda under the Delhi government. “Ayurveda works for chronic diseases as well.” She adds this research is a positive step taken by CSIR as India severely lacks research power when it comes to ayurveda.

Shrish Mishra, a Delhi-based specialist, says that most research on drugs has been done on Caucasian population, and therefore, CSIR’s initiative is an inspiration. “This medical research maybe a breakthrough in the field of orthopedics,” he says.

The findings are significant for India where the population consumes very low amounts of calcium (300-500 mg) per day.

H R Jhunjhunwala, president, Indian Orthopaedic Association, says the intake of calcium and vitamin D and healthy diet during childhood can lead to a healthy adulthood. A 10 per cent increase in peak bone mass during childhood can reduce the risk by 50 per cent, according to IOF. “We are not doing enough to reduce the disease occurrence,” says Jhunjhunwala. On being asked if he believes that the recent research by CSIR would be useful, he says, “These natural extracts can be a good resource for treating bone loss.”