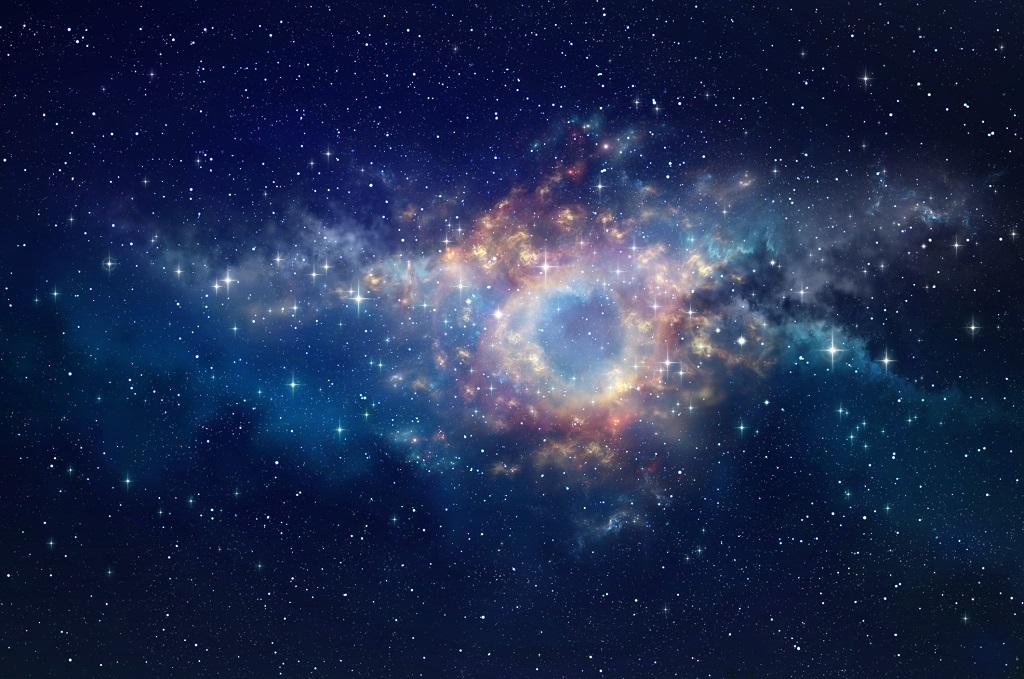 Imagine walking at dusk under a blue sky that is gradually turning black. Twinkling stars are beginning to appear here and there. And suddenly you discover new star dazzling that was not there the previous night. Could it be Venus or perhaps a comet?

That is what Tycho Brahe, Danish astronomer and writer, thought when he saw a new star in the sky on 11 November, 1572. He coined the term ‘nova’ meaning a new star. Another nova appeared 12 years later. This time it was seen by Lodovico delle Colombe, an Italian scholar. The new star had appeared amidst the celestial river `Milky Way’ in the constellation of Ophiuchus.

The two novae remained visible to the naked eye for more than a year and opened up a debate questioning the Aristotelian concept of stars that they are eternal with no death or birth. Many astronomers recorded the position of these novae which are now technically christened as supernovae.

Such events are indeed very rare. An earlier event happened in July 1054 and was chronicled by Chinese observers as a ‘guest star’. Astrophysicists have linked the event to the famous Crab Nebula, thanks to Chinese astronomers who recorded the date and the position of the `guest star’. The expanding nebula was noted nearly 700 years later, in 1731, and got the first entry into the famous list of Messier.

It has always been a big puzzle for historians as to why these events have not been recorded in India even though it has had distinguished accomplishments in astronomy and mathematics.  Many texts and documents in these areas date back to 5th – 6th century CE. Astrophysicist Prof Jayant V. Narlikar and Sanskrit and Prakrit scholar Prof Saroja Bhate had studied these texts but could not find any references to the sighting of novae.

In recent years, however, some evidence has emerged in the form of stone inscriptions. A tradition of penning edicts on stones is widespread all over South and South East Asia. The language used in these inscriptions, which date back to the first millennium, was Sanskrit, rendering it easy to decode the meanings. The inscriptions are rich in astronomical details such as eclipses and planetary conjunctions.

An inscription in Cambodia describing the installation of a Shivalinga by an ascetic is relevant here. One of the adjectives used to describe Lord Shiva is “Shukrataara Prabhaavaaya”, which translates as one who can create (or influence) a star as bright as Venus. The literal meaning of word Shukra is `very bright’ and is generally used for Venus. Clearly, the inscription is describing a star as bright as Venus and attributes its appearance for praising the God. It indicates that the supernova was indeed observed around the time it was written.

There is another stone inscription, which talks about the installation of a Baahubali statue in the Venuru town in Karnataka, which was once a seat of Jainism and capital of the Ajila Dynasty. The inscription is written in Kannada script, through the language is Sanskrit. The information regarding the date is complete with year, month and day.  The inscription refers to the supernova of 1604.

The inscription describes sage Charukeerthi Bhattacharya, who was instrumental in the installation of the statue as “like a nishapathi in the Ksheerambudhi”. The word nishapathi is generally used for moon. However it has another meaning: camphor. Ksheerambudhi is interpreted as implying Belagola (which means ‘white lake’ in Kannada) town in Karnataka while it can also mean Akashaganga or the Milky Way. It probably signifies something burning like camphor in the Milky Way. The 1604 supernova was indeed in constellation Sagittarius, which is part of the Milky Way.

There is yet another record of the 1604 supernova in astrolabes, which are small handy metallic gadgets that served as portable calculators for navigation. Its specially designed rotatable star dial called rete has small pointers corresponding to bright stars. These instruments were introduced in India around 13th century by Arabs. The construction of the rete needed an astronomer well versed with the sky.

Historian Prof. S R Sarma has studied astrolabes available in museums all over the world and has prepared an exhaustive catalogue. One particular astrolabe is dated 25th December 1605. It has a star by name Dhanusharagra to the South of another star called Dhanukoti. While Dhanukoti is found in almost all astrolabes (and is identified with a bright star called α Oph, Arabic name Rasalhague), Dhanusharagra is exclusive to this astrolabe and its position matches with that of the 1604 supernova. Thus we find that 1604 supernova has found its place in two records.

A record of the 1572 supernova, which occurred in the northern branch of the Milky Way in the constellation of Cassiopeia, has also been found in a book of Sanskrit grammar of the 16th Century. Appaya Dikshita (1520-1593) was well-known expositor and practitioner of Advaita vedanta school of philosophy and his books on alankaras (simile and metaphor) are used as text books.

His work ‘Kuvalyananda’ has an example for what is termed as Apahnuti, which means using a denial character for describing a thing/event. There are two verses. The first verse is: “what is that in Vyomaganga? It is a lotus. Not the moon.” This is followed by: “It is not the moon because it is quite bright; not the sun because it is night; it is the internal fire in the water/ocean”.

In both verses the word Vyomaganga refers to the Heavenly River Akashganga. The description matches with the sighting of supernova. Thus, we notice that supernova attracted the interest of non-astronomers too.

It may be worth searching such records in the literary works of other Indian languages. From all this, it is clear that criticism of western scholars that great celestial events of supernovae had gone unnoticed in India in totally unfounded. (India Science Wire)

(The writer is former director of the Jawaharlal Nehru Planetarium, Bangalore)