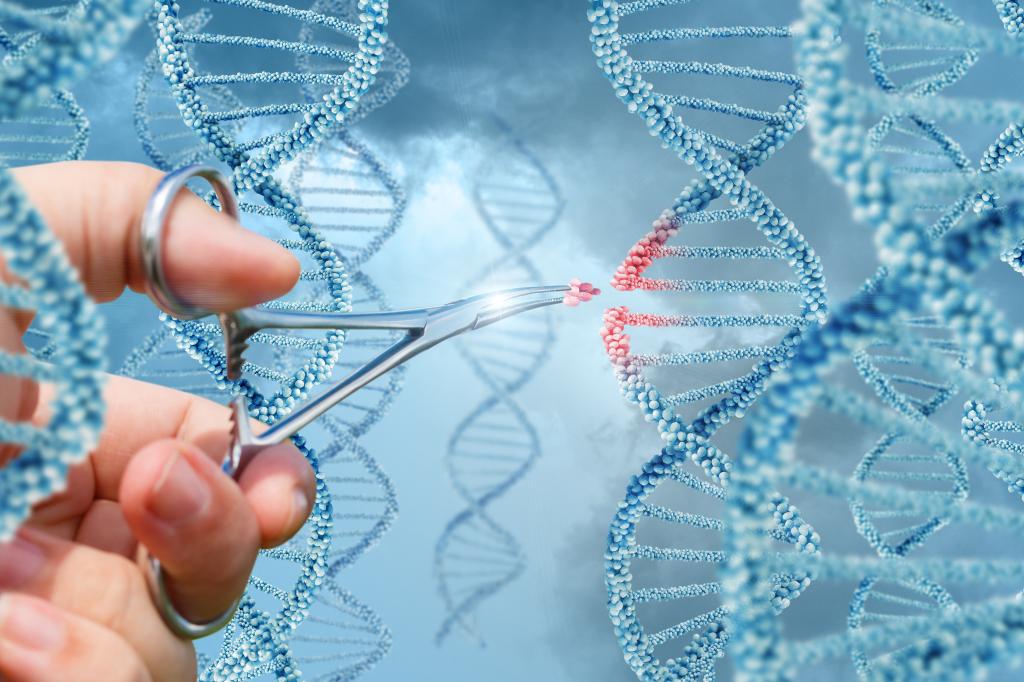 The technology works like molecular scissors to cut and paste DNA (credit: Thinkstock)

Scientists in the US have released a paper showing that they have successfully edited human embryos to correct a mutation that causes an inheritable heart condition. The findings are hugely important as they demonstrate for the first time that the technology may one day be used safely to edit out many devastating diseases.

But how close to curing genetic diseases does the new study actually take us? And how concerned should we be about the ethical implications of the technology?

The genome editing tool used, CRISPR-Cas9, has transformed the field of biology in the short time since its discovery in that it not only promises, but delivers. CRISPR has surpassed all previous efforts to engineer cells and alter genomes at a fraction of the time and cost.

The technology, which works like molecular scissors to cut and paste DNA, is a natural defence system that bacteria use to fend off harmful infections. This system has the ability to recognise invading virus DNA, cut it and integrate this cut sequence into its own genome – allowing the bacterium to render itself immune to future infections of viruses with similar DNA. It is this ability to recognise and cut DNA that has allowed scientists to use it to target and edit specific DNA regions.

When this technology is applied to “germ cells” – the sperm and eggs – or embryos, it changes the germline. That means that any alterations made would be permanent and passed down to future generations. This makes it more ethically complex, but there are strict regulations around human germline genome editing, which is predominantly illegal. The UK received a licence in 2016 to carry out CRISPR on human embryos for research into early development. But edited embryos are not allowed to be inserted into the uterus and develop into a fetus in any country.

Germline genome editing came into the global spotlight when Chinese scientists announced in 2015 that they had used CRISPR to edit non-viable human embryos – cells that could never result in a live birth. They did this to modify the gene responsible for the blood disorder β-thalassaemia. While it was met with some success, it received a lot of criticism because of the premature use of this technology in human embryos. The results showed a high number of potentially dangerous, off-target mutations created in the procedure.

The new study, published in Nature, is different because it deals with viable human embryos and shows that the genome editing can be carried out safely – without creating harmful mutations. The team used CRISPR to correct a mutation in the gene MYBPC3, which accounts for approximately 40% of the myocardial disease hypertrophic cardiomyopathy. This is a dominant disease, so an affected individual only needs one abnormal copy of the gene to be affected.

The researchers used sperm from a patient carrying one copy of the MYBPC3 mutation to create 54 embryos. They edited them using CRISPR-Cas9 to correct the mutation. Without genome editing, approximately 50% of the embryos would carry the patients’ normal gene and 50% would carry his abnormal gene.

After genome editing, the aim would be for 100% of embryos to be normal. In the first round of the experiments, they found that 66.7% of embryos – 36 out of 54 – were normal after being injected with CRIPSR. Of the remaining 18 embryos, five had remained unchanged, suggesting editing had not worked. In 13 embryos, only a portion of cells had been edited.

The level of efficiency is affected by the type of CRISPR machinery used and, critically, the timing in which it is put into the embryo. The researchers therefore also tried injecting the sperm and the CRISPR-Cas9 complex into the egg at the same time, which resulted in more promising results. This was done for 75 mature donated human eggs using a common IVF technique called intracytoplasmic sperm injection. This time, impressively, 72.4% of embryos were normal as a result. The approach also lowered the number of embryos containing a mixture of edited and unedited cells (these embryos are called mosaics).

Finally, the team injected a further 22 embryos which were grown into blastocyst – a later stage of embryo development. These were sequenced and the researchers found that the editing had indeed worked. Importantly, they could show that the level of off-target mutations was low.

So does this mean we finally have a cure for debilitating, heritable diseases? It’s important to remember that the study did not achieve a 100% success rate. Even the researchers themselves stress that further research is needed in order to fully understand the potential and limitations of the technique.

In our view, it is unlikely that genome editing would be used to treat the majority of inherited conditions anytime soon. We still can’t be sure how a child with a genetically altered genome will develop over a lifetime, so it seems unlikely that couples carrying a genetic disease would embark on gene editing rather than undergoing already available tests – such as preimplantation genetic diagnosis or prenatal diagnosis – where the embryos or fetus are tested for genetic faults.

Many people worry about where the line will be drawn between altering and ameliorating human embryos. If there is a risk that a person will have short stature because of an abnormality of growth hormone, would editing their genome to make them taller be considered a treatment or an enhancement? It is easy to see how the line could get blurred.

Most countries are debating the clinical, ethical and social significance of being able to genetically modify human embryos. It may be that some countries will never permit germline genome editing because of moral and ethical concerns. And even if the law in the UK was changed to allow genome editing, it would be highly regulated by the Human Fertilisation and Embryology Authority to ensure it is only used for medical reasons.

That doesn’t mean that we shouldn’t have a public debate about the ethical implications – it is hugely important that we do. But it is important to remember to celebrate the amazing advances of this field of research, which could one day help eradicate many devastating diseases, before jumping to conclusions about a brave new world.