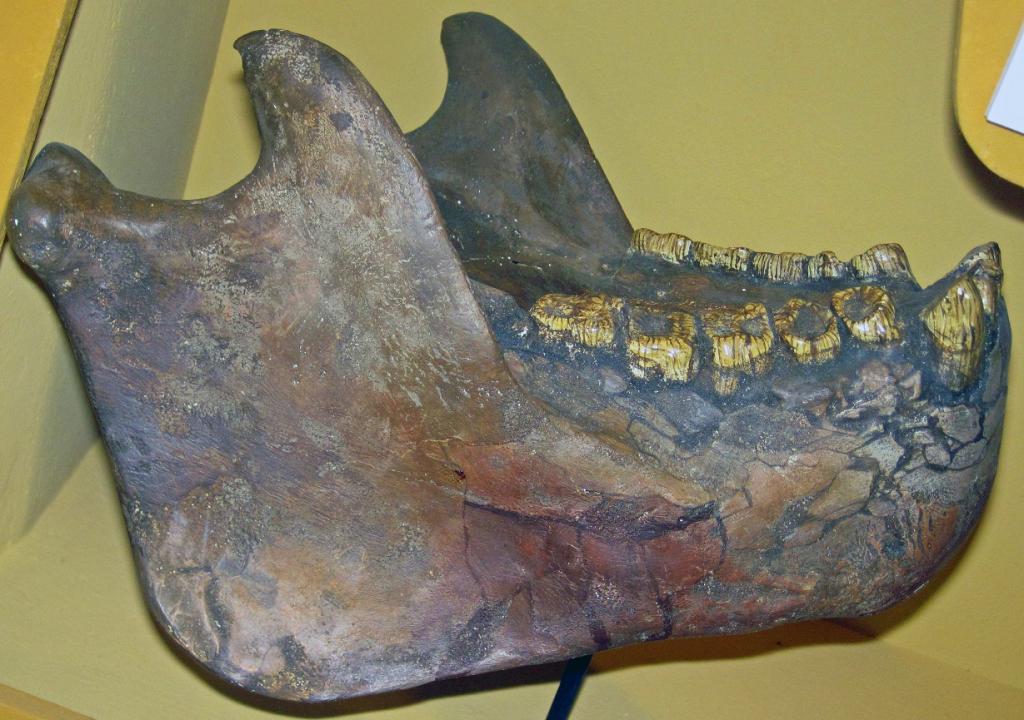 Fossils are nine million years old and are in the form of lower molar germs or permanent teeth. Credit: James St. John / Flickr

In a significant development in research on human evolution, scientists have found that a very primitive ape-like ancestor which was hitherto considered a native of only Eurasia had existed in India too.

Scientists discovered the surprise fossil during an excavation in Haritalyangar in Shiwalik hills region in Himachal Pradesh, about 120 km from Shimla on the road to Kangra.

The fossils are nine million year old and are in the form of lower molar germs or permanent teeth that are un-erupted and still forming in lower jaw. The crowns of both the molars are fully formed, but there is no root formation. This indicates that they belonged to infants of slightly different ages at the time of their deaths. One specimen is a partial right first molar and other a complete left second molar. The apes seemed to be slightly larger (about 15 kg heavier) than the modern-day Siamang Gibbons, that are found in the Himalaya and South-East Asia.

Detailed studies showed that the specimens were similar to those of a genus of primitive ape-like ancestors called pliopithecoid, which were widespread in Eurasia during the Miocene period (18 million to seven million years ago).

Interestingly, the specimens were also consistent in size and morphology to an upper third molar that was found in the same region in the 1970s. At that time it was suspected that the specimen was perhaps related to pliopithecoid genus but it was highly worn out and could not be studied properly. The specimen was initially identified as Pliopithecus krishnaii but was later transferred to a new genus Krishnapithecus. 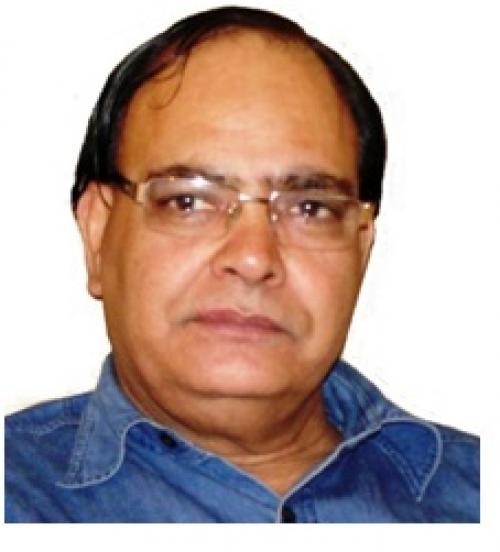 The research team consisted of Dr. Anekh R.Sankhyan, a retired anthropologist from the Anthropological Survey of India, Dr. Jay Kelley of Institute of Human Origins and School of Human Evolution and Social Change, Arizona State University and Terry Harrison of the Centre for the Study of Human Origin in the Department of Anthropology at New York University. The research findings have appeared in journal “Current Science”. Dr. Sankhyan had discovered a late survivor of a hominid called Sivapithecus in the same area in 1985.

Speaking to India Science Wire, Dr. Sankhyan said the present discovery and that of Sivapethicus in 1980s indicated that Haritalayangar perhaps served as an asylum for hominids during the very late Moicene period.

He lives in Ghumarwin in Haritalyangar region and continues his research under an organisation called Palaeo Research Society he founded in 2012 following his retirement from the Anthropological Survey of India. He has recently set up a museum at his house to preserve fossils and Stone Age implements discovered in that area. (India Science Wire)