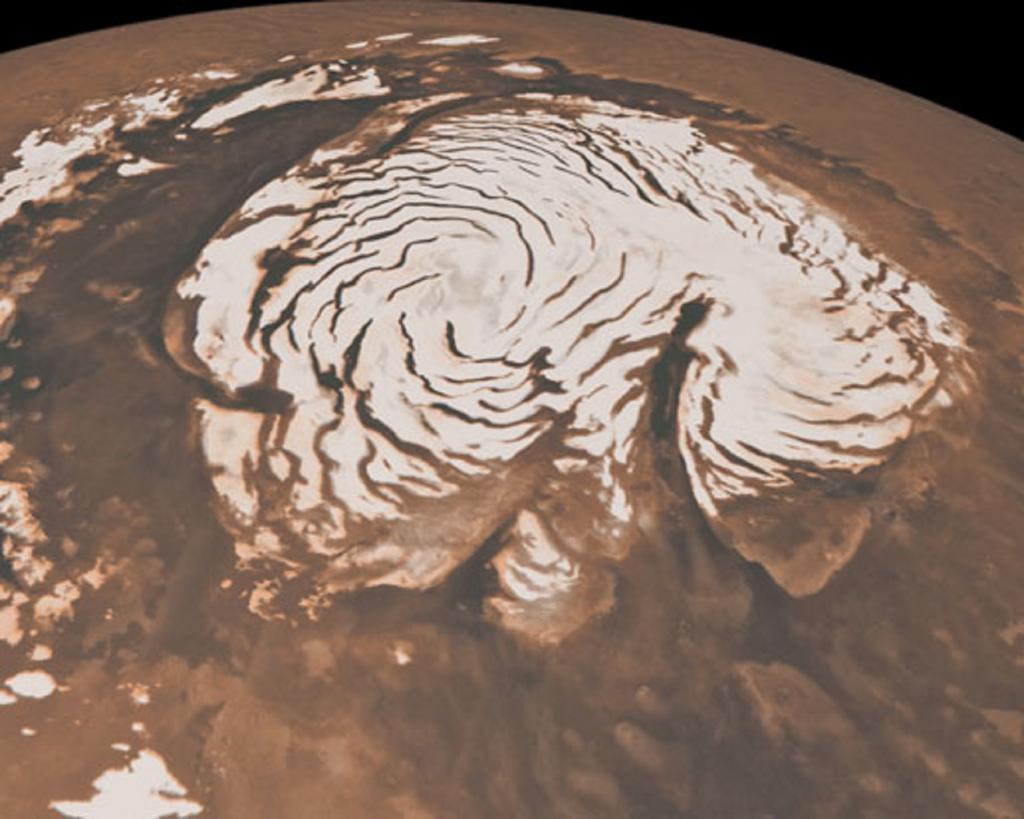 As humans prepare to explore neighbouring Mars for possible habitation, latest discovery of buried ice layers near the red planet’s north pole will only add to the scientific curiosity.

Scientists at the University of Texas at Austin and the University of Arizona discovered ancient polar ice sheets buried under the planet’s surface — which could turn out to be one of the largest water reservoirs on Mars.

Using data from the Mars Reconnaissance Orbiter Shallow Radar (SHARAD), scientists found evidence of millions of years old layers of ice and sand buried beneath the surface at the north pole. The depth of the ice is such that if it melts, it would cover the planet with water almost 5 feet deep.

“We didn’t expect to find this much water ice here. That likely makes it the third largest water reservoir on Mars after the polar ice caps,” lead author Stefano Nerozzi, a graduate research assistant at the University of Texas Institute for Geophysics (UTIG), said in a press note.

“Understanding how much water was available globally versus what’s trapped in the poles is important if you’re going to have liquid water on Mars,” Nerozzi said. “You can have all the right conditions for life, but if most of the water is locked up at the poles, then it becomes difficult to have sufficient amounts of liquid water near the equator.”

Every 50,000 years, Mars tilts towards the sun and the ice caps almost melt away. The planet then slowly tilts back up, with the equator facing the sun. At this time, the ice caps can grow again.

Nerozzi and his team estimate that the layers may have formed during the last ice ages on Mars, and over the years, sand formed layers over the ice sheet protecting it from solar radiation.

“Surprisingly, the total volume of water locked up in these buried polar deposits is roughly the same as all the water ice known to exist in glaciers and buried ice layers at lower latitudes on Mars, and they are approximately the same age,” Jack Holt, co-author and professor at the University of Arizona, was quoted as saying.

The findings have been published in the journal Geophysical Research Letters. Last year, a lake of liquid water was detected beneath the southern polar ice cap of Mars.

Earlier findings and studies have indicated that Mars was once home to plenty of liquid water, around 3.6 billion years ago. In this backdrop, the latest findings help confirm the wet past of the red planet.