In the past seven decades, India has built satellites, sent probes to the moon and Mars, established nuclear power stations, among many other achievements 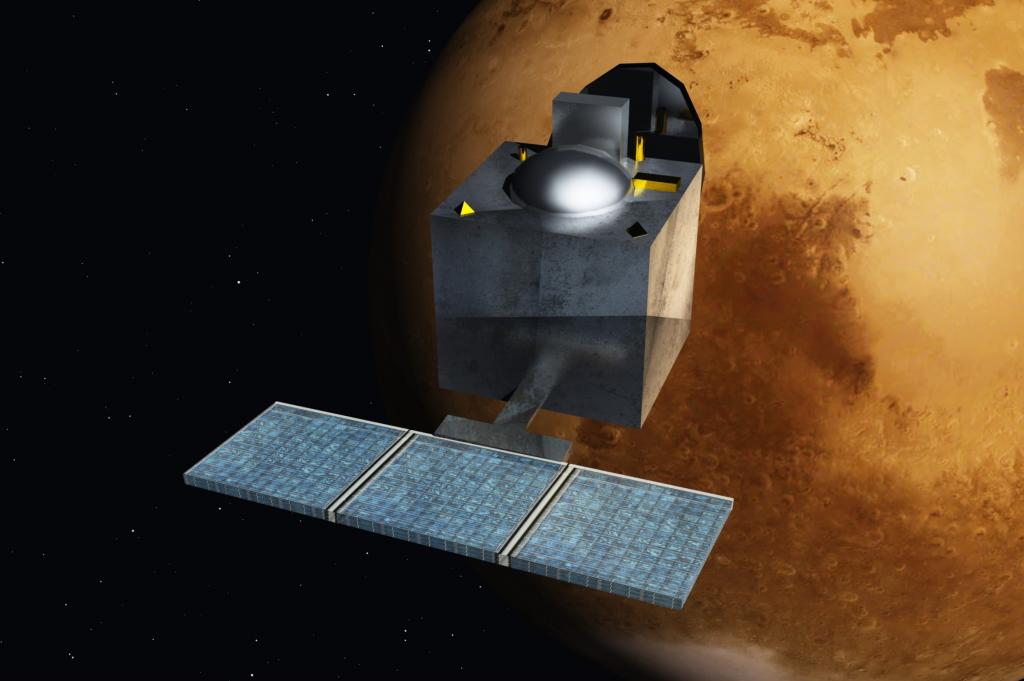 As India completes 70 years of its independence, it is time to introspect at the contribution of science and technology to national development. Several scientific and technological developments have touched the lives of common people in the last seven decades, though limelight is often hogged by achievements in fields like space and atomic energy.

In the past seven decades, India has built satellites and sent probes to the moon and Mars, established nuclear power stations, acquired nuclear weapon capability and demonstrated firepower in the form of a range of missiles. Undoubtedly these are all fabulous achievements of Indian scientists and technologists.

At the same time, scientific research – combined with favourable public policies - has made India self-sufficient in production of food, milk, fruits and vegetables, drugs and vaccines. All this has had great social and economic impacts and directly and indirectly touched the lives of ordinary Indians. Developments in communications and information technology have enabled timely forecast of weather and early warning of cyclones, saving thousands of lives.

These are all results of investments made in scientific research soon after the independence and science-politics network built in decades prior to that. Investment in scientific research was 0.1 percent of GNP in 1947. It went up to 0.5 percent in less than a decade. Scientists like Shanti Swarup Bhatnagar, Homi Jehangir Bhabha and Prasanta Chandra Mahalanobis not only built scientific institutions but also helped shape policies.

Here are seven defining contributions of Indian science and technology since 1947:

Green Revolution: In 1947, India produced about 6 million tonnes of wheat which was grossly inadequate to meet the total demand forcing the country to depend on large scale imports. With measures such as land reforms, improvements in irrigation facilities, fertilizer production and Intensive Agriculture District Programme, wheat production rose to 12 million in 1964 – which was still insufficient to feed all Indians. While all this was going on, plant breeder Benjamin Peary Pal at the Indian Agriculture Research Institute was working on improving wheat varieties to achieve disease resistance and yield. The first breakthrough came in 1961 when a dwarf spring wheat variety with the Norin-10 dwarfing gene – developed by Normal Borlaug in Mexico- was grown in IARI. It had reduced height but long panicles. Later semi-dwarf varieties were grown in farmers’ fields, yielding great results. These developments led to launch of the Hugh Yielding Varieties Programme covering not just wheat but rice, maize, sorghum and pearl millet. The All India Coordinated Wheat Research Project under Pal remains an outstanding example of agriculture research. By 1970, wheat production went up to 20 million tonnes and rice production to 42 million tonnes. Thus began the Green Revolution, making India self-sufficient in foodgrain production in the decades to come.

White Revolution: At the time of the independence, India was not only importing foodgrains but also milk products like baby food, butter and cheese. In 1955, India was importing 500 tonnes of butter and 3000 tonnes of baby food from dairy companies in Europe. The dairy movement had started in 1946 with the founding of the Kaira District Cooperative Milk Producers Union Limited under the leadership of Tribhuvandas Patel. In 1949, Verghese Kurien arrived in Anand to fulfil the condition laid down in the bond he had signed with the government at the time of going to America for higher education with government scholarship. He stayed back and became General Manager of the cooperative in 1950. The dairy faced a problem of fluctuating milk production as surplus milk would find no takers. European dairy companies were not willing to part with milk powder technology and were of the view that buffalo milk can’t be converted into milk powder. H M Dalaya, a young diary engineer working with Kurien at Anand, demonstrated with experiments that buffalo milk can be converted into milk powder. Dalaya assembled a device using a spray paint gun and an air heater to make powder from buffalo milk, for the first time in the world. Later he showed that a commercially available machine, Niro Atomizer, could do the same. This laid the foundation for a dairy revolution in India and a national milk grid, making the country self-sufficient.

Satellite and communication revolution: When Vikram Sarabhai, as chairman of the Indian National Committee for Space Research, in mid-1960s envisioned the use of satellite technology for communication, remote sensing and weather prediction, few people believed him because India then did not possess any capability in building a rocket or a satellite. He wanted India to use space technology for education, health and rural development. Within a decade, India not only developed such a capability but demonstrated to the world peaceful use of space technology with the success of the Satellite Instructional Television Experiment (SITE), and the launch of Aryabhata satellite from the Soviet Union. In another decade, Indian scientists launched the landmark INSAT and IRS series of satellites, bringing communication and television services to millions of people across the country. Timely prediction of weather events like cyclones using India-made satellites has helped save lives. Through pioneering use of the VSAT (Very Small               Aperture Terminal) technology, banking and other services were revolutionized in the 1980s.

Drugs and vaccines manufacturing: India today is known as ‘pharmacy of the world’ as Indian companies are supplying affordable drugs and vaccines to not only developing but also to developed countries. It has been a long journey from the time when Indian drug industry was dominated by foreign companies whose drugs were prohibitively costly. In order to break the hold of multinational corporations, the central government established Hindustan Antibiotics Limited in 1954 and then the Indian Drugs and Pharmaceuticals Limited (IDPL) with Soviet assistance. These public sector units – along with national laboratories like National Chemicals Laboratory (NCL), Regional Research Laboratory Hyderabad (now known as Indian Institute of Chemical Technology) and Central Drug Research Institute – played a central role in generating necessary knowledge base and human resources needed for Indian industry to grow. The Patent Act of 1970 recognised only process patents, paving the way for Indian companies to make copies of patented drugs using alternative processes. CSIR labs developed processes for a range of drugs – ciprofloxacin, diclofenac, salbutamol, omeprazole, azithromycin etc. – and transferred the technology to private companies. Over next two decades, all this helped develop indigenous capabilities in both R&D and manufacturing.

C-DOT and telecom revolution: Like most other sectors, telecom sector too was dependent on supplies from multinational corporations, and due to high costs as well as shortage of foreign exchange new technology could not come in. The switching technology was considered strategic and only a handful of companies possessed it.  The waiting period for a telephone line in India in the 1970s was several years, and connectivity in rural areas was extremely poor. The first attempt to develop an indigenous electronic exchange was initiated at the Telecom Research Centre (TRC) in the 1960s and the first breakthrough was a 100-line electronic switch developed in 1973. Around the same time, scientists at the Tata Institute of Fundamental Research (TIFR), along with those from IIT Bombay, developed a digital Automatic Electronic Switch for the army. These efforts got a boost in 1984 when the government established the Centre for Development of Telematics (C-DOT) by pooling scientific teams from TRC and TIFR under the leadership of Sam Pitroda. The rural telephone exchange developed by Indians could work under harsh conditions and without air conditioning. The technology developed in public sector was transferred for free to private companies, ending the monopoly of multinational giants and rapidly bringing connectivity to rural areas. C-DOT exchange became popular in dozens of developing nations.

IT revolution and railway computerisation: The data processing industry in India during the decades after the independence was dominated by two multinationals - IBM and ICL. The data processing machines of these two firms were in use in the government, public sector, armed forces as well as research institutes. These companies brought old and discarded machines to India and leased them at high rentals. India needed latest computers for applications like National Sample Surveys, nuclear reactor development and other research. In order to break the monopoly of big companies and spur indigenous software and hardware development, the Department of Electronics was established in 1970. Public sector companies like Electronics Corporation of India Limited (ECIL), Computer Maintenance Corporation (CMC) and state electronics development corporations were established. The skills and knowledge thus developed got transferred to private industry. The first major application of information technology was the passenger reservation project of the Railways launched in 1986. It was the largest such project which demonstrated how technology can improve efficiency, cut corruption and touch the lives of millions without the need for them owning a digital gadget.

Blue Revolution: The ‘blue revolution’ refers to adoption of a set of measures to boost production of fish and other marine products. It was formally launched with the establishment of the Fish Farmers’ Development Agency during the Fifth Five-year Plan in 1970. Later on, similar development agencies were set up for brackish water development to boost aquaculture in several states. The objective of all this was to induce new techniques of fish breeding, rearing and marketing, as well as initiate production of other marine products like prawns, oysters, seaweeds, pearls and so on, using new techniques and scientific inputs. Scores of new technologies developed by research institutes under the Indian Council of Agriculture Research (ICAR) have been transferred to fish farmers all over the country. (India Science Wire)