Should genetically modified organisms be part of our conservation efforts?

Genome editing and synthetic biology are giving rise to new forms of life. But do these organisms have conservation value as part of earth's biodiversity? 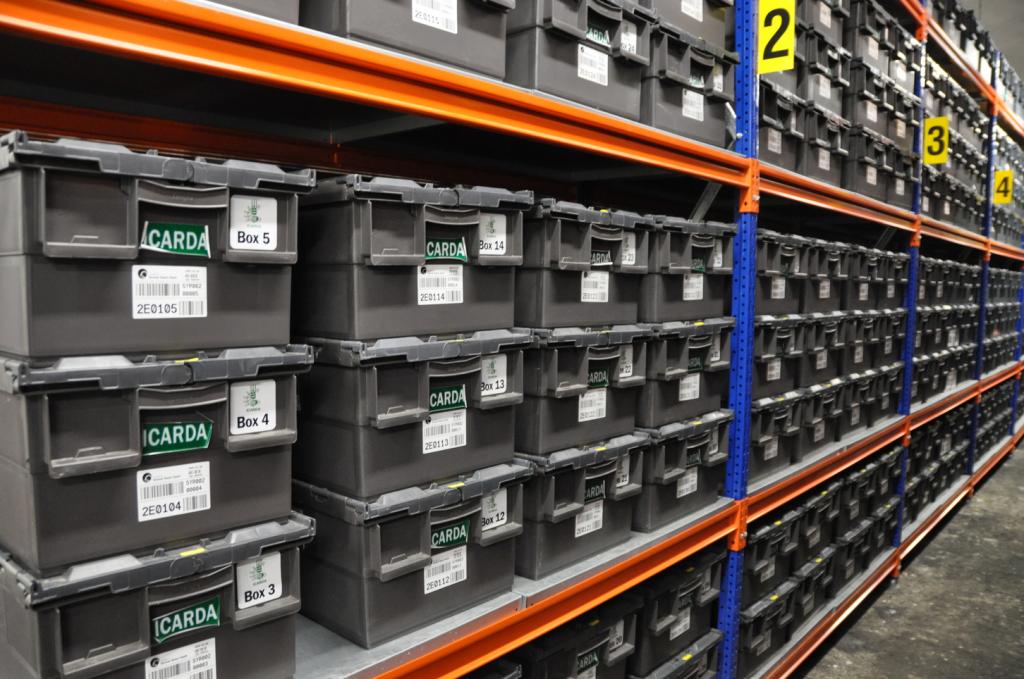 Inside the frozen Svalbard Global Seed Vault (via Creative Commons)

Biotechnology is rapidly evolving through developments in genome editing and synthetic biology, giving birth to new forms of life.

This technology has already given us genetically modified (GM) plants that produce bacterial pesticides, GM mosquitos that are sterile and GM mice that develop human cancers.

But do these genetically modified organisms (GMOs) have conservation value?

But what about the synthetic forms of biodiversity we are now developing through biotechnologies? Does anyone care about this synbiodiversity?

It’s a question I was compelled to ask while conducting research into the Svalbard Global Seed Vault (SGSV).

A frozen ‘Noah’s Ark’ for seeds

The SGSV is the global apex of agricultural biodiversity conservation, an approach to conservation where collections of diverse seed samples are kept in frozen storage in genebanks for future use by plant breeders.

The SGSV is a frozen cavern in a mountain on the arctic island of Svalbard, halfway between mainland Norway and the North Pole. It has been called a Noah’s Ark for crop plants (also the “doomsday vault”) because it is the place where genebanks from all around the world send backup copies of their seed collections for safe-keeping.

Seeds in the SGSV can only be accessed by the genebank that deposited them and only one withdrawal has been made so far, by researchers from the International Center for Agricultural Research in the Dry Areas (ICARDA ) seeking to restore their collections after the destruction of Aleppo in war-torn Syria.

The SGSV is managed through a collaborative agreement between the Norwegian government, the Crop Trust and the Nordic Genetic Resource Center (NordGen).

Are there any GMOs frozen in the vault?

During my research into the SGSV I asked if it held any GM seeds.

Despite initially receiving conflicting responses, the formal answer was ultimately “no”. But different reasons were given for this and all are open to change.

The vault is not a certified facility for GMO storage

Facilities working with GMOs require certification to do so.

While the SGSV is not currently certified, it could be since requirements typically relate to ensuring strict containment and the SGSV is already oriented towards this goal.

Also, since no analysis of seeds is performed at the SGSV or required for deposits, the collections may actually be unintentionally (and unwittingly) contaminated. This is because a mixing with GM crops could have happened via seed or pollen flow before the material was sent to the vault.

There is no political will to include GM crops

Currently, no one in the SGSV management wants to become (any further) entangled in the controversy surrounding GM crops.

Several of the depositing genebanks also actively support biotechnology research. Therefore, if they wanted to store GMOs in the future, the will to seek certification may certainly change.

Norway has a strict GMO policy that requires not just evidence of safety but also of social utility and contribution to sustainable development. This means no GM crop has yet been approved for either cultivation or import.

But this is currently being challenged by a government committed to speeding up assessments and advocating for weakened interpretations of the law. This further indicates the potential for political will to change.

GM crops do not meet the requirements for multilateral access

The International Plant Treaty is a crucial foundation for the SGSV. As such, depositing genebanks are required to agree to multilateral access to their collections if they wish to deposit backup copies in the SGSV.

But GM crops are not freely accessible to all as part of the common heritage of humanity. They are patented inventions owned by those claiming to have created them. The SGSV requirement that deposits be available for multilateral access can be waived though.

But if GM crops are not in the SGSV, should they be?

Do GMOs have conservation value?

As the fields of genome editing and synthetic biology are now undergoing rapid development though, we have an important opportunity to consider how we relate to biotechnological forms of biodiversity. We can also think about whether it might be possible to navigate through syn- to symbiodiversity.

That is, instead of focusing on these life forms as synthetic human inventions, we could begin to think about them as co-creations of human-nature interactions. In doing so, we may then shift the focus away from how to make synthetic organisms to satisfy our needs and place more emphasis on how to interact with other life forms to establish symbiotic relations of mutual benefit.

The French sociologist of science and anthropologist Bruno Latour has urged us to love our monsters, to take responsibility for our technologies and care for them as our children.

Certainly it seems fair to argue that if we don’t care for our biotechnological co-creations with a sense of (parental) responsibility, perhaps we shouldn’t be bringing them to life.

How do we care for GM crops?

The model of freezing seeds in genebanks and backing up those collections at the SGSV is one way to conserve biodiversity. Another, however, is the approach of continuing to cultivate them in our agricultural landscapes.

While this model of conservation has generated and maintained the biodiversity of traditional crop varieties for thousands of years, there is now a significant shift taking place. More than 90% of traditional crop varieties have now disappeared from our fields and been replaced by genetically uniform modern varieties cultivated in large-scale monocultures. Meaning, there may be no GM crops frozen in the SGSV, but there are plenty in the ground.

So this leaves me questioning what it is we really cherish? Are we using our precious agricultural resources to expand the diversity of humanity’s common heritage?

Or are we rather placing our common heritage on ice while we expand the ecological space occupied by privately owned inventions? And who cares about synbiodiversity anyway?