In the future, there is a possibility that continental plates may slow down, potentially triggering volcanic activities, according to researchers 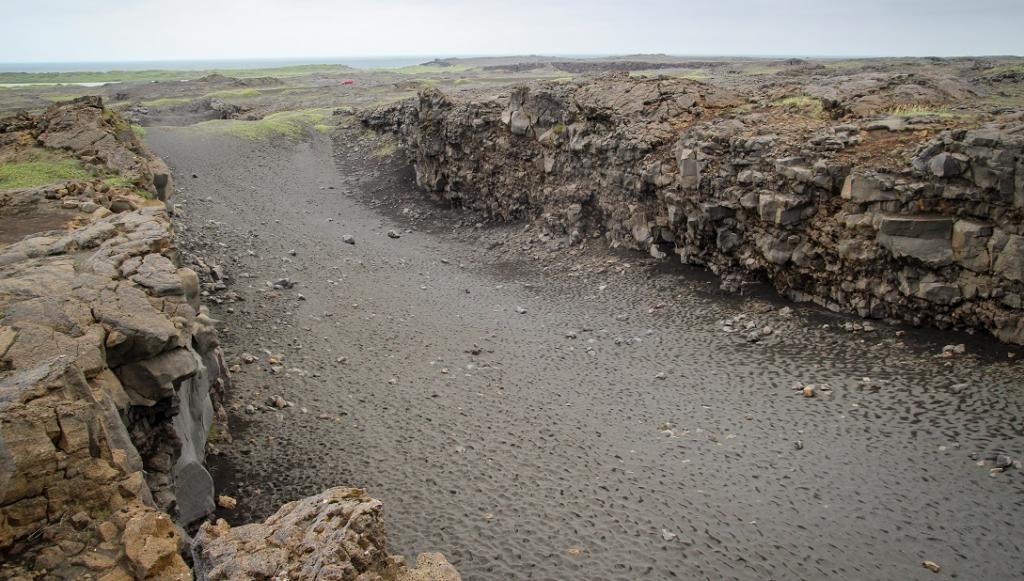 A photo showing a rift between the Eurasian and North American plates. Photo: iStock

Slow-moving continental plates may have triggered a series of volcanic eruptions and mass extinctions in the Toarcian Period — the warmest interval of the Jurassic Period — about 183 million years ago. This is according to a new study published in Science Advances.

Continental plates have been on the move for hundreds of millions of years. This enabled landmasses to fuse and split during different periods.

The new study shows that a decline in continental plate movement likely controlled the onset and duration of many of the major volcanic events throughout Earth’s history, Micha Ruhl, assistant professor in Trinity’s School of Natural Sciences, said in a statement.

This makes it a “fundamental process in controlling the evolution of climate and life at Earth’s surface throughout the history of this planet,” he added.

Previous studies have linked major volcanic eruptions with past mass extinctions and disturbances in the global climatic, environmental and the carbon cycle.

The sea warmed up by 4°C to 10°C, even at low- to mid-latitudes, the study noted. Increased acidic levels and a lack of oxygen drove major ocean extinctions.

Around this time, Ruhl said, large-scale volcanism took place in southern Africa, Antarctica and Australia. This is known as the Karoo-Ferrar Large Igneous Province.

Researchers from the United Kingdom and Canada collected sediments lying on the seafloor of the Cardigan Bay basin, a large inlet of the Irish Sea.

The sediments from the Toarcian Period showed elevated levels of mercury, which is orders of magnitude higher than sediments that formed in other times, Ruhl said. Modern-day volcanoes also release mercury into the ocean and atmosphere.

This indicates a direct link between volcanic activity and the associated greenhouse gas release, climatic or environmental change at that time, Ruhl said.

Next, the researchers used models to reconstruct the location of continents in different periods. After comparing these models with the age of volcanic activity, they observed that the continents moved at less than two centimetres per year.

This pattern emerged not only Karoo-Ferrar Large Igneous Province but also in the Siberian traps — linked to the Great Dying 250 million years ago, the East African Rift valley and the North Atlantic Igneous Province.

This slowdown in movement gives the underlying mantle more time to erode the continent’s base, ultimately leading to volcanic activity.

This is similar to placing paper under a candle. When the paper is moved swiftly over the candle, it may turn black but is unlikely to burn as a whole, Ruhl said. But if the paper moves slowly over the flame, there is enough time to burn the paper completely.

In the future, there is a possibility that continental plates may slow down, potentially triggering volcanic activities, Ruhl said.

“But at this stage, it may be challenging to predict in detail where and when that may happen,” he said, adding that more work needs to be done.