New evidence suggests that a Middle Palaeolithic culture was present in India around 385,000 years ago—roughly the same time that it is known to have developed in Africa and Europe

Armed with newly discovered Stone Age tools in a village near Chennai, Indian scientists are challenging the popular scientific theory that the Middle Palaeolithic was brought to India by modern humans dispersing from Africa only around 125,000 years ago or later.

The new evidence suggests that a Middle Palaeolithic culture was present in India around 385,000 years ago—roughly the same time that it is known to have developed in Africa and Europe. Middle Palaeolithic period is considered an important cultural phase associated with modern humans and Neanderthals as well as other archaic hominins. Stone tools of this period are used by scientists as proxy for studies of early human behaviour.

The prehistoric stone tools excavated from Attirampakkam village about 60 kilometers from Chennai push back the period when populations with a Middle Palaeolithic culture may have inhabited India. The new study appeared in international scientific journal Nature on January 31.

“Our study presents a paradigm shift in thinking about the origin and spread of Middle Palaeolithic cultures in South Asia, suggesting a far greater antiquity and more complex story than we thought,” Professor Shanti Pappu of Sharma Centre for Heritage Education, who led the research team, told India Science Wire.

In the absence of direct evidence in the form of fossils, the evolution of humans in Eurasia is often charted by changes in toolkits. Researchers studied over 7000 stone artefacts from Middle Palaeolithic layers at Attirampakkam. These tools collectively show a shift away from Acheulian technologies towards Middle Palaeolithic strategies such as the distinctive stone-knapping known as Levallois technique, presence of points, tanged points and blade technologies. Specific luminescence dating method was used to date tool-bearing sediments.

“Without fossils we cannot pinpoint the species, but we can suggest that multiple hominin dispersals associated with Middle Palaeolithic  culture were occurring far earlier than around 125 thousand years ago with complex patterns, processes and interactions between species,” Prof Pappu added. The presence of full-fledged Middle Palaeolithic culture in India long before any modern human migrations out of Africa brought these technologies implies that either such migrations may have occurred earlier than previously thought and may have played a role in development of the Middle Palaeolithic culture in India.

Understanding the transition to the Middle Palaeolithic outside Europe and Africa is vital to the study of the lives and times of hominins in Eurasia, especially the appearance and subsequent migrations of anatomically modern humans within and out of Africa. 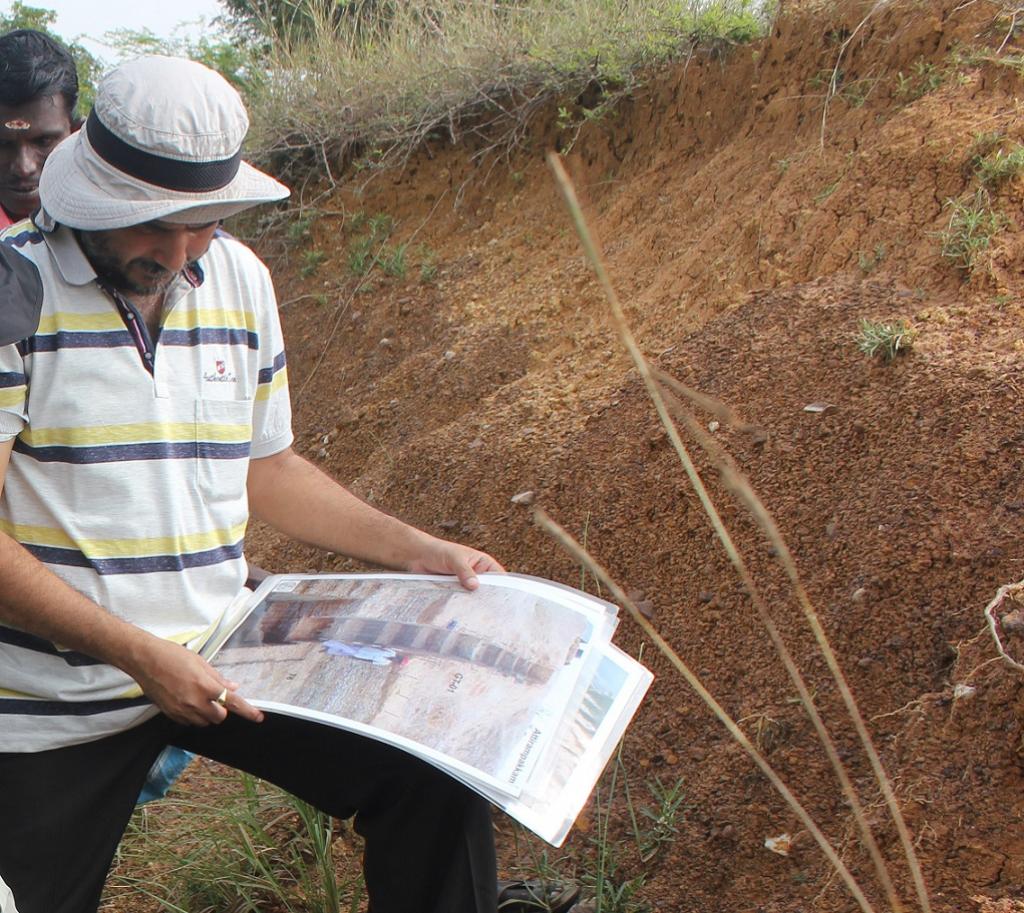 The archaeological site at Attirampakkam was discovered in 1863 by R.B.Foote and subsequently investigated by several scholars in the 1930s and 1960s. Prof Pappu and Dr Kumar Akhilesh from the Sharma Centre have been excavating at this place since 1999. The present work was conducted in collaboration Prof Yanni Gunnell from the University of Lyon, France; Prof Ashok K. Singhvi, Haresh M. Rajapara and Dr. Anil D. Shukla from the Physical Research Laboratory, Ahmedabad.

“What this site has taught us is to expect the unexpected, and it is a deeply humbling experience when preconceived ideas crumble around us. When we got the dates, we immediately realised the implications were mind-blowing. Dr. Akhilesh and I went back to the table to crosscheck our data again and again and to re-examine the stone artefact assemblages to be sure of our interpretation,” recalled Prof Pappu. (India Science Wire)