India has nurtured 40,000 start-ups in the last few years and 31 of them have achieved the ‘unicorn’ status, said Minister for Science and Technology Harsh Vardhan 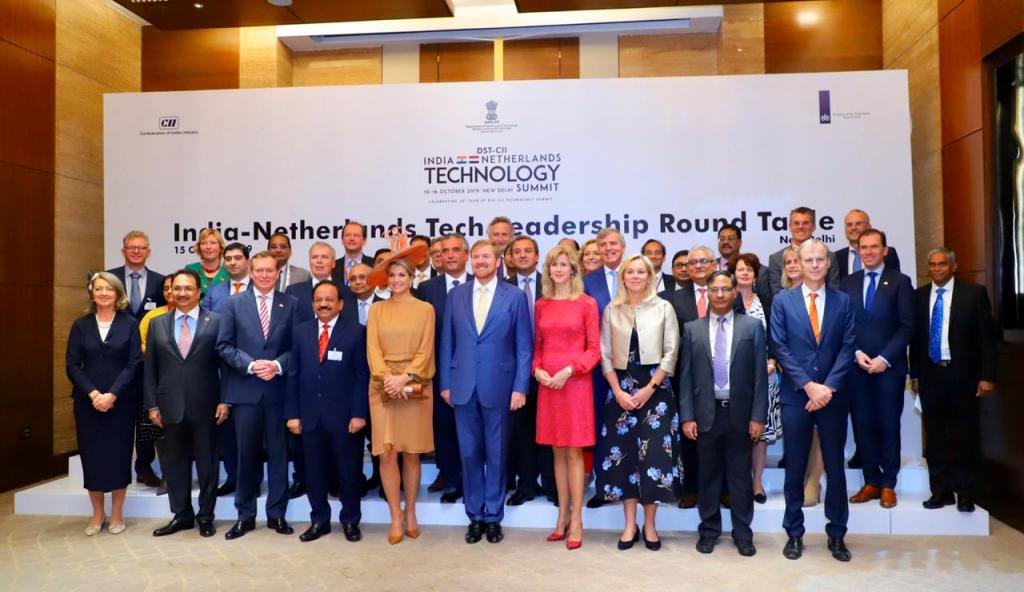 Technology summit between India and the Netherlands began in New Delhi on October 15, 2019. Photo: Twitter

A two-day technology summit between India and the Netherlands began in New Delhi on October 15, 2019. It saw Minister for Science and Technology Harsh Vardhan call upon researchers and the industry in the two countries to work together towards finding solutions to not only problems of the two countries but also to address global issues such as climate change.

Noting that the two countries had flourishing ties in science, technology and innovation, he said, “Today we not only mark one decade of collaboration in research, but also celebrate 400 years of friendship and 72 years of diplomatic ties with the Netherlands.”

He pointed out that the summit held promising opportunities particularly for young entrepreneurs in either country as both of them lay lot of emphasis on promoting start-ups. India has nurtured 40,000 start-ups in the last few years and 31 of them have achieved the ‘unicorn’ status, according to him.

Inaugurating the conference, King of the Netherlands Willem-Alexander emphasised the need to share knowledge between the two countries in agriculture, water, climate action and other areas of mutual interest. “India and the Netherlands complement each other in terms of technology and taken together, they make a great team,” he said.

Secretary, Department of Science and Technology Ashutosh Sharma noted that India has been using technology to try and achieve its aspirational goals and said the research collaborations with the Netherlands played a vital role in this.

The summit was organised by the Department of Science and Technology (DST) and Confederation of Indian Industry (CII) in collaboration with the government and industry of the Netherlands. CII President Vikram Kirloskar pointed out that the two countries were collaborating in several highly important projects such as the cleaning of the Ganga river and the Barapullah drain in Delhi.

This is the 25th edition of the technology summit. The aim of the exercise is to provide for a platform for subject experts, senior government officials and industry representatives to engage in a dialogue with their counterparts in the partner country.

The programme is designed to celebrate existing STI partnerships between India and the Netherlands, with the participation of a delegation of about 200 Dutch companies, knowledge institutions, thought leaders, innovators and start-ups, and stimulate new opportunities by providing a platform for potential partners from the two countries. (India Science Wire)