We must build an ecosystem for converting innovations into enterprises: President 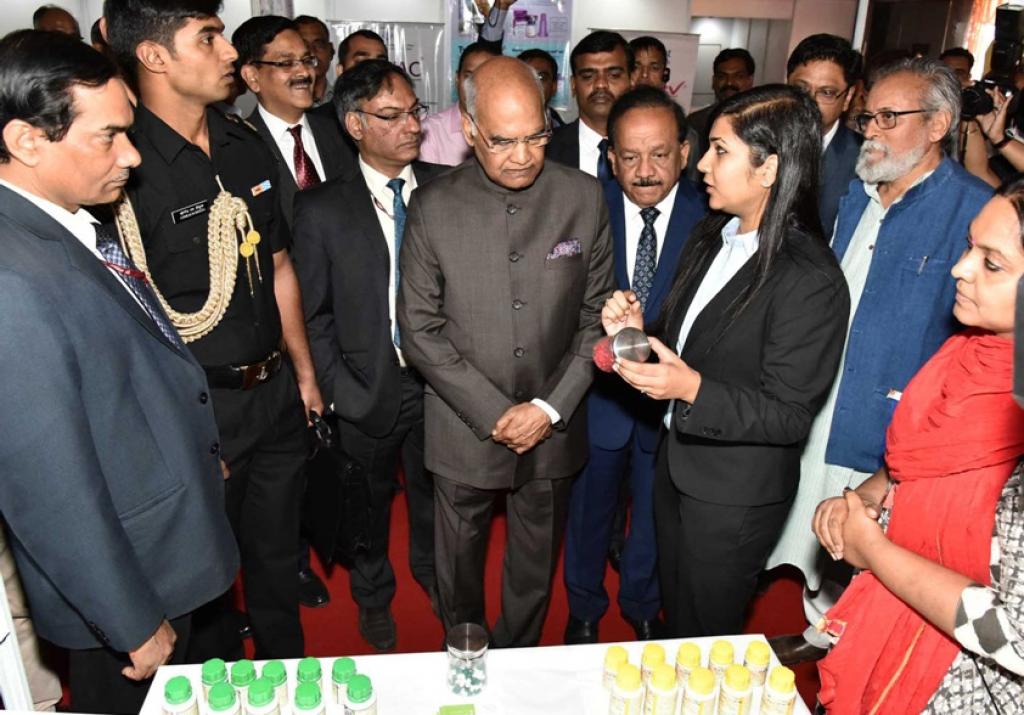 Rashtrapati Bhawan, the presidential palace in the heart of national capital, usually attracts a large number of visitors when flowers bloom in its famous Mughal Gardens. This week, creative ideas and innovations are blooming in the Rashtrapati Bhawan which is hosting the Festival of Innovation and Entrepreneurship (FINE).

The festival is an initiative to recognise, showcase and reward innovations and to promote a supportive ecosystem for innovators from all over the country. It is being organised by the President’s office in association with the Department of Science and Technology (DST) and the National Innovation Foundation (NIF).

"It is part of an effort to inculcate a culture of innovation in every aspect of Indian society," President Ram Nath Kovind observed while inaugurating the festival. At the same time, he said "innovations by themselves are not enough. We must also build an ecosystem for converting innovations into enterprises. This requires support for start-ups and for incubating young innovators". This year, the festival has been designed to bring all stakeholders in the innovation chain together.

The President inaugurated an exhibition of innovations and also presented the Gandhian Young Technological Innovation (GYTI) Awards to innovators.

Dr Ashutosh Sharma, secretary, DST, pointed out that the festival this year had undergone a qualitative transformation, by bringing together all participants in the innovation chain – from children and grassroot innovators to angel investors and start-ups. The roundtable discussions have been specifically designed to brainstorm different aspects and come up with actionable suggestions. Sanjay Kothari, secretary to the President, added that entrepreneurs, members of innovation clubs and research scholars have also been invited to join the discussions.

Prof Anil K  Gupta, executive vice chairperson of NIF, said “for the first time, the usual number of exhibits which used to be around 70-80 has been more than doubled. The office of the President has decided to give visibility, voice and velocity to much larger number of innovations from and for grassroots, besides some on the technological edge by young tech students.” In addition, he said, there is a special stress on creativity of communities and agencies working with bamboo, medicinal and aromatic plants and associated enterprises.

Dr Raghunath Mashelkar, chairperson of NIF, said innovations which had been conferred the GYTI awards were examples of 'affordable excellence'. The awards recognize technological excellence with social relevance among students. Over 2900 entries in 54 technological domains were received from over 300 universities and institutions. (India Science Wire)