There is a large literature on “creativity” in science, but I have found nothing that really speaks to the lack of discussion of scientific inspiration today 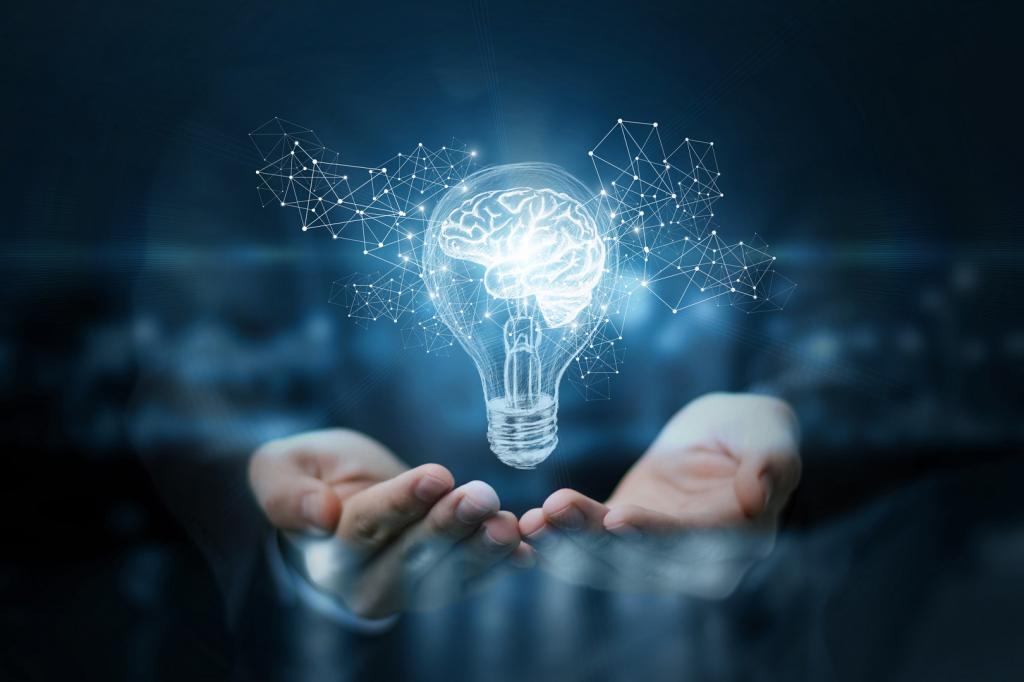 I don’t know why it took so long to dawn on me – after 20 years of a scientific career – that what we call the “scientific method” really only refers the second half of any scientific story. It describes how we test and refine the ideas and hypotheses we have about nature through the engagement of experiment or observation and theoretical ideas and models.

But something must happen before this. All of this process rests upon the vital, essential, precious ability to conceive of those ideas in the first place. And, sadly, we talk very little about this creative core of science: the imagining of what the unseen structures in the world might be like.

We need to be more open about it. I have been repeatedly saddened by hearing from school students that they were put off science “because there seemed no room there for my own creativity”. What on earth have we done to leave this formulaic impression of how science works?

The 20th century biologist Peter Medawar was one of the few recent writers to discuss the role of creativity in science at all. He claimed that we are quietly embarrassed about it, because the imaginative phase of science possesses no “method” at all. In his 1982 book Pluto’s Republic he points out:

The weakness of the hypothetico-deductive system, in so far as it might profess to cover a complete account of the scientific process, lies in its disclaiming any power to explain how hypotheses come into being.

Medawar is equally critical of glib comparisons of scientific creativity to the sources of artistic inspiration. Because whereas the sources of artistic inspiration are often communicated – they “travel” – scientific creativity is very much private. Scientists, he claims, unlike artists, do not share their tentative imaginings or inspired moments, but only the polished results of complete investigations.

The romantic poet William Wordsworth, on the other hand, two centuries ago, foresaw a future in which:

The remotest discoveries of the Chemist, the Botanist, or Mineralogist, will be as proper objects of the Poet’s art as any upon which it can be employed, if the time should ever come when these things shall be familiar to us.

Here is the need for ideas to “travel” again – which, if Medawar is correct, they have still failed to do. By and large poets still don’t write about science (with some notable exceptions such as R S Thomas). Nor is science “an object of contemplation”, as the historian Jacques Barzun put it. Yet the few scientists who have vocalised their experience of formulating new ideas are in no doubt about its contemplative and creative essence. Einstein, in his book with the physicist Leopold Infeld, The Evolution of Physics, wrote:

I am enough of an artist to draw freely upon my imagination. Imagination is more important than knowledge. Knowledge is limited. Imagination encircles the world.

You don’t need to be a great scientist to know this. In my own experience I have seen mathematical solutions in dreams (one dream of a mathematical solution even coming to me and independently and identically to a collaborator on the same night), and imagined a specific structure of protein dynamics while sitting on a hillside.

There is a large literature on “creativity” in science, but I have found nothing that really speaks to the lack of discussion of scientific inspiration today or to the pain of lingering experiences in education that set sciences and the arts and humanities in conflicting and opposed camps.

So I set off to ask scientists I knew to narrate, not just their research findings, but the pathways by which they got there. As a sort of “control experiment”, I did the same with poets, composers and artists.

I read past accounts of creation in mathematics (Poincaré is very good), novel-writing (Henry James wrote a book about it), art (from Picasso to my Yorkshire friend, the artist late Graeme Willson), and participated in a two day workshop in Cambridge on creativity with physicists and cosmologists. Philosophy, from medieval to 20th century phenomenology, has quite a lot to add.

From all these tales emerged a different way to think about what science achieves and where it lies in our long human story – as not only a route to knowledge, but also as a contemplative practice that meets a human need, in ways complementary to art or music. Above all I could not deny the extraordinary way that personal stories of creating the new mapped closely onto each other, whether these sprung from an attempt to create a series of mixed-media artworks reflecting the sufferings of war, or the desire to know what astronomical event had unleashed unprecedented X-ray and radio signals.

A common narrative contour of a glimpsed and desired end, a struggle to achieve it, the experience of constraint and dead-end, and even the mysterious “aha” moments that speak of hidden and sub-conscious processes of thought choosing their moments to communicate into our consciousness – all this is a story shared among scientists and artists alike.

In my resulting book – The Poetry and Music of Science – I try to make sense of why science’s imaginative and creative core is so hidden, and how to bring it into the light. It’s not the book I first imagined – it just wouldn’t permit a structure of separate accounts of scientific and artistic creativity. Their entanglements run too deep for that.

Instead there emerged three “modes” of imagination that both science and art engage: the visual, the textual and the abstract. We think in pictures, in words, and in the abstract forms that we call mathematics and music. It has become increasingly obvious to me that the “two cultures” division between the humanities and sciences is an artificial invention of the late 19th century. Perhaps the best way to address this is simply to ignore it, and start talking to one another more.

Tom McLeish, Professor of Natural Philosophy in the Department of Physics, University of York