What caused Mars to dry out? A new study provides clues 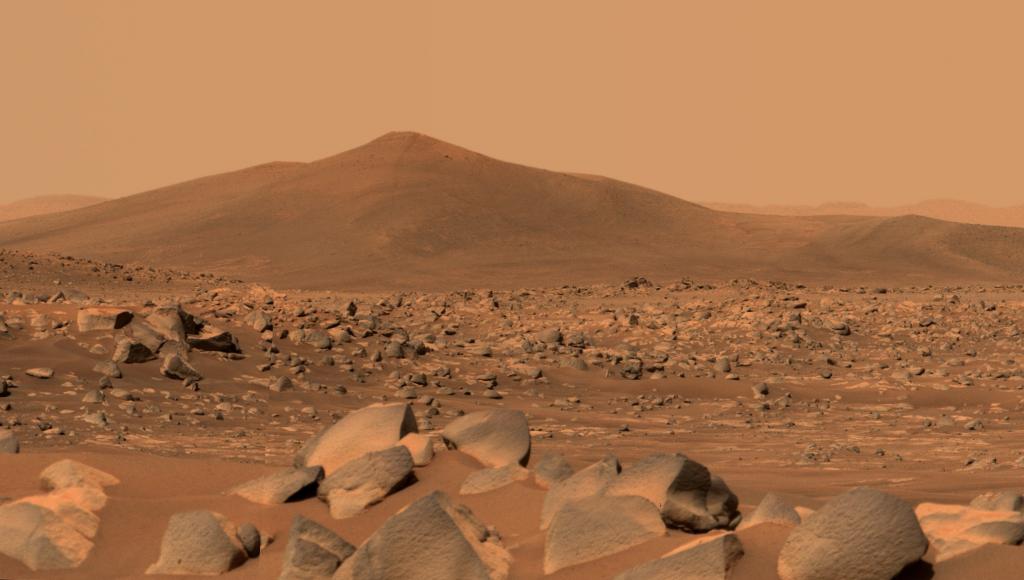 Mars’ dramatic shift from a warm and wet planet to a cold and dry one may have been chiefly driven by greenhouse gases other than carbon dioxide (CO2), a new study suggested.

Missions to the Red Planet have revealed the presence of riverbanks and deltas, evidence that it was once home to rivers and lakes. Mars’ climate was warm enough for lakes and rivers to develop 3-3.6 billion years ago, the researchers said.

Presently, the atmosphere is too cold and thin to support the existence of liquid water on the surface, according to the report in the journal Science Advances.

“People have put forward different ideas, but we’re not sure what caused the climate to change so dramatically,” said Edwin Kite, geophysical scientist with the University of Chicago and one of the authors of the study.

“We’d really like to understand, especially because it’s the only planet we definitely know changed from habitable to uninhabitable,” he added.

Many scientists think the loss of atmospheric carbon dioxide is responsible for this alteration.

But Kite and his colleagues were not entirely convinced by this theory. They speculated that rivers needed warming from non-CO2 sources to exist.

“What physical processes can cause that?” Bowen Fan, a planetary climatologist from the University of Chicago and one of the study’s authors, said.

“Our analysis shows that this can be linked to the greenhouse effect only,” Fan told Down To Earth.

Using satellite images of Mars, the team reconstructed the history of the planet’s river activity and how it changed in elevation as well as latitude over billions of years.

They then used a climate model to simulate how rivers changed in response to various atmospheric conditions.

“We assumed that the seasonal melting of the ice can form the river,” Fan said. “We applied different strengths of greenhouse effects to our climate model, which can simulate the seasonal variation.”

They assessed how CO2 and non-CO2 gases could have warmed the planet enough to support liquid water in rivers for more than a billion years and then abruptly lose it.

According to their analysis, changing the amount of carbon dioxide in the atmosphere didn’t alter Mars’ fate, but losing non-CO2 greenhouse gases likely caused Mars to dry out.

These gases may have played a dominant role in the changing distribution of water flow from 3-3.6 billion years ago, the scientists wrote in their study.

The researchers think that data from Perseverance Rover, which landed on Mars in 2021, could help scientists learn more about Mars’ mysterious past.

Now, the dualism (from 'warm and wet' to 'cold and dry') is popular, but the transition between each era should be more examined with the corresponding geologic records, he added.