What's the best way to go to the toilet – squatting or sitting?

Pauline Hanson’s concern about the ATO installing squat toilets to cater for its increasingly diverse workforce has prompted debate about the best way to go to the toilet: sitting or squatting 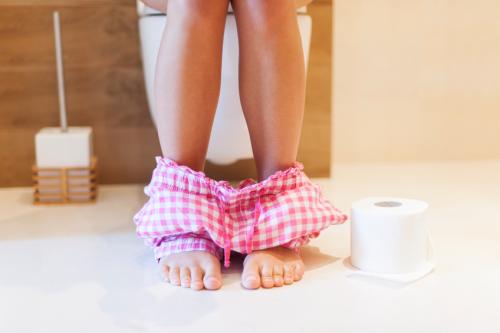 Pauline Hanson’s concern about the Australian Tax Office installing squat toilets to cater for its increasingly diverse workforce has prompted debate about the best way to go to the toilet: sitting or squatting.

While nobody is claiming you climb up and plant your feet on a regular toilet seat, there is some evidence to suggest squatting makes it easier to empty your bowels.

The flush toilet was first invented in the late 16th century by Sir John Harington. But it was only during the 19th century that seated toilets became available for mass use. Most of the Western world still sits to defaecate, while squatting is favoured in the developing world.

Experiments have been carried out on the differences between squatting and sitting. Israeli researcher Dov Sikirov studied 28 healthy volunteers who were asked to record how long their bowel motions took and how difficult their efforts were.

The volunteers sat on toilets of different heights (42cm and 32cm high) and also squatted over a plastic container. They recorded data for six consecutive bowel motions in each posture.

The average time for passing a bowel motion during squatting was 51 seconds, compared to the average times for the lower and higher toilet seats: 114 and 130 seconds respectively. Participants found defaecation easier while squatting than when seated.

A Japanese study looked at six volunteers who had their rectums filled with contrast solution and were asked to release the fluid from a sitting and squatting position. They were filmed with live radiography from behind a screen.

The researchers found the anorectal angle had greater widening in the squatting position. Participants also had less abdominal straining while squatting.

Although squatting may be helpful for people with chronic constipation, it’s no panacea. Other factors, such as diet, exercise, medications and fluid intake, can affect the frequency and consistency of bowel motions.

Some people naturally take a bit longer to go to the toilet because of a condition called “slow transit constipation”, which squatting is unlikely to alleviate.

The benefits of squatting – and harms of sitting – are at times overstated. There’s no firm evidence to suggest, for instance, that squatting can prevent or cure haemorrhoids.

And although it’s an intriguing concept, there is no firm data that the sitting position causes colonic diverticulosis (pouches in the wall of the colon).

Nor is there evidence to suggest that the sitting position leads to a greater risk of developing colon cancer.

Squatting to go to the toilet isn’t free from risks. It has been shown to induce a small rise in blood pressure in both healthy and hypertensive patients.

Some strokes have been found to occur during squatting and defaecation. But whether the squatting posture during defaecation puts patients at a significantly greater risk of heart disease or stroke remains debatable.

While it’s difficult to draw definitive conclusions given the lack of long term-studies, squatting has clear benefits. If you have a regular toilet and would like to obtain some of the benefits of squatting, you can use a modified toilet seat and foot stool, which allows you to flex your hips and elevate your feet.