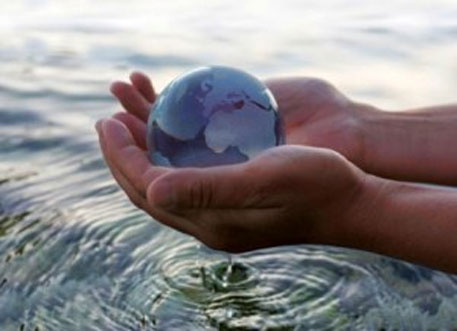 Countries across the world are facing the problem of water scarcity. But a study says that it is possible to significantly reduce water stress by 2050.

A team of researchers from Canada’s McGill University and Utrecht University in the Netherlands has suggested six strategies that can be combined in different ways in different parts of the world to effectively counter water stress that currently affects a third of the world’s population.

“Irrigation techniques, industrial and residential habits combined with climate change lie at the root of the problem,” says a news release published on the website of McGill University. “Significant reductions in water-stressed populations are possible by 2050,” says co-author Yoshihide Wada from the department of physical geography at Utrecht University, according to the news release, “but a strong commitment and strategic efforts are required to make this happen.”

The strategies have been categorised under two heads:

(1) Productivity of agricultural water can be improved by using better cultivars and nutrient applicants. This can help reduce the fraction of people living in areas facing water stress by 2 per cent by 2050. Water stress is defined as a scenario “where more than 40 per cent of the available water from rivers is unavailable because it is already being used”.

(2) Irrigation efficiency can be improved by switching from flood irrigation to sprinklers or drips. However, this measure can result in soil salinisation, warns the study.

(4) Keeping world population below 8.5 billion by 2050 though tax incentives and family planning can reduce the demand for water. But current trends indicate that this measure could be difficult to implement, says that study.

Hard measures
(5) Increasing storage in reservoirs by enlarging the capacity of existing reservoirs, by making new reservoirs and by reducing sedimentation. This strategy would require an additional 600 cubic km of additional capacity and could have “negative ecological and social impacts”

(6) Increasing the capacity or numbers of desalination plants can help in countering the problem in coastal areas. A 50-fold increase is needed to have an impact. This would require significant investments and will have energy costs. Also, waste water discharged will need to be disposed of safely. 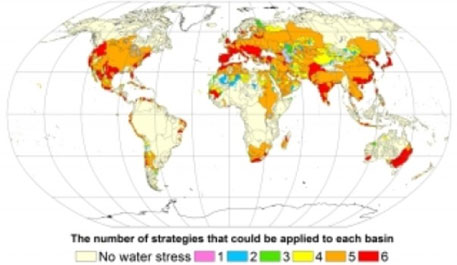 The study was funded by the Natural Sciences and Engineering Research Council of Canada and the Canadian Institute for Advanced Research, and published online in the journal Nature Geoscience on August 28.

There have been other recent studies which say that the problem of water shortage is getting worse. According to a news report published in July, the world will face “insurmountable water crises” by 2040 if it does not move away from water-intensive power production. And there is reason for India to be worried. There was another report which said that five of the world’s 20 most water stressed cities are in India.