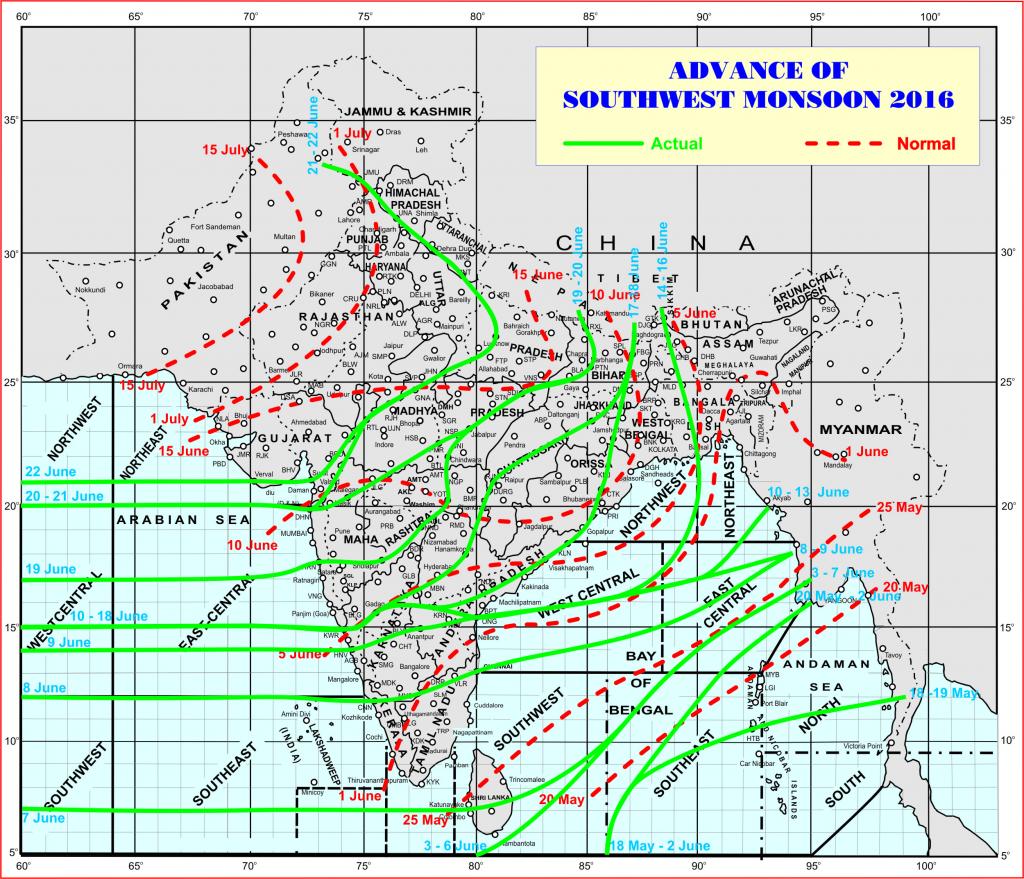 A map showing the progress of the monsoon this year

The monsoon seems to have arrived over the last four days with more than three quarters of the country having experienced monsoon showers according to the India Meteorological Department (IMD).

Monsoon winds, after a delayed onset, weakened and stalled over Karnataka in the south. Over the past week, the third pulse of the monsoon has alternately pushed the winds both from the south and the east up to Bihar and parts of Uttar Pradesh. The reinvigorated monsoon winds have also surged into the north of the country with parts of Jammu and Kashmir experiencing heavy rains ahead of the normal arrival date in the state.

Mumbai, after a long wait, was thrown right into the deep end as the city and its suburbs received around 100 mm rains over Sunday and Monday. Rains were experienced in most parts of Maharashtra, including the Marathwada and Vidarbha regions, over the past two days. This comes as a huge relief to farmers in the interior of the state who can now finally proceed with the sowing process. The winds are expected to continue upwards into Gujarat and Madhya Pradesh.

While stranded commuters in Mumbai grabbed media attention, Jammu and Kashmir in the north were also lashed by heavy rains. Unlike most other parts of the country, the rains have arrived early in the state, with parts of the state experiencing heavy rainfall and associated flooding. Jammu district received close to 50mm rain on Tuesday alone as the rainfall in the district shot past the observed long term average for the month of June.

In the east, the monsoon winds have traversed Bihar with almost all districts having experienced their first showers. According to the weather department, winds are expected to continue their westward movement into central and western Uttar Pradesh by June 23. While most parts of the Bihar are still experiencing below normal and deficient rainfall, stormy weather and flooding has affected certain pockets. According to Skymet Weather, in the 24 hours starting 0830 on Tuesday, Purnea (97mm), Bhagalpur (88mm) and Gaya (63mm) all received heavy rainfall. Unfortunately, there has also been heavy loss of life due to lightning strikes associated with the stormy weather in the state.

Northwest India, though, might have to wait further for the monsoon. Even as pre-monsoon showers continue to tease the region, monsoon currents have weakened once more and further progress over the next few days looks unlikely.