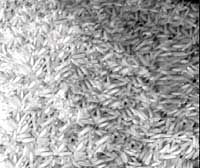 India has again lost a major battle in the global arena with the US Patent and Trademark Office (USPTO) granting a varietal patent for three basmati rice strains to a US company, RiceTec Corporation. As per the patent, RiceTec cannot sell the strains under the brand name basmati, but there is no legal binding for doing so as the appellation is neither a trademark nor a geographic indicator. It states that the company could label its strains as being "superior to basmati."

The patent has created a furore in some quarters in India. "The patent not only influences trade related issues but also violates intellectual property rights. Moreover, it would also affect biodiversity," says environmentalist Vandana Shiva. "USPTO has ruled on claims that we did not contest," says Devinder Sharma, a trade policy analyst. "The patent reinforces concern about the absence of a legal right to protect basmati," rues Rajiv Dhavan, an advocate. His counterpart Pravin Anand argues that India went on a wild goose chase by fighting for basmati in the patent arena. "The real battle should be in field of geographical indication," he remarks. A geographical indication indicates that a product is unique to a particular region. According to the Department of Science and Technology (DST), the draft rules for the Geographical Indication Act are still pending with the Parliament Standing Committee. But the patent seems to have created no ripples in the political circle. An officer at DST stated that the patent was not objectionable as it is a result of the company's research. "The patents will not affect rice export," expressed Anil Swarup of the Agriculture and Processed Food Export Authority.