Court slaps fine of Rs 10,000 each on states that have not notified buffer zone around tiger reserves even after the deadline for it was extended by two weeks 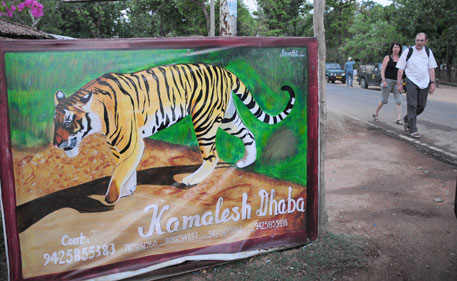 The Supreme Court has temporarily banned tourism in the core areas of tiger reserves. The order was given on a public interest petition filed by Bhopal-based non-profit Prayatna in March last year. It pleaded that critical tiger habitats should be kept inviolate of all types of human disturbances, including tourism.

On July10, the Union environment ministry had submitted its final guidelines on eco-tourism in tiger reserves to the Supreme Court, in which it recommended that tourism should be phased out from the core areas. As an interim measure, community-based tourism could be allowed in 10-20 per cent of the core area, the guidelines said.

The bench of justices Swatanter Kumar and Ibrahim Kalifulla, however, said no tourism should be allowed in the core areas till further orders of the court.

Tiger tourism has been booming in the tiger reserves of the country without any regulation. Mushrooming of hotels and resorts around tiger reserves have blocked critical wildlife corridors and tour operators have been exploiting local resources around these reserves.

This has posed a serious threat to the dwindling number of big cats as well as their ecology. Moreover, the local communities have been benefiting little from such tourism.

In April this year, the Supreme Court had directed all states to demarcate and notify buffer zones around each of the tiger reserves under their jurisdiction within three months to restrict the commercialisation of land in these areas. Many states have not notified the buffer even after the Supreme Court extending deadline by two weeks in its last hearing on July 10. The court slapped a fine of Rs 10,000 each on the defaulting states.

Travel Operators for Tigers (TOFT), an international association of wildlife tour operators, has criticised the order. “We are perplexed that the Supreme Court has chosen to disregard the clear evidence that proves that wildlife tourism within Indian tiger parks is not harming tigers. The highest densities of tigers can be found in the most heavily visited tiger reserves, including Corbett, Kaziranga and Bandhavgarh,” read a statement released by the organisation. The association has been arguing that tiger tourism helps communities by providing them employement.

“We are devastated with the Supreme Court’s decision and will file a review petition in the interest of the forests of India, conservation of the tiger population and livelihoods of many bordering forest communities. This judgment goes against the very mission statement of Project Tiger,” Julian Matthews,TOFT chairman was quoted as saying in the statement. The release quoted the mission statement of Project Tiger as, “The main objective of Project Tiger is to ensure a viable population of tiger in India for scientific, economic, aesthetic, cultural and ecological values and to preserve for all time, areas of biological importance as a natural heritage for the benefit, education and enjoyment of the people.

The court will hear the matter next on August 22.