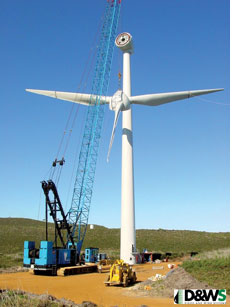 a bill seeking to expand renewable energy production was passed in the us on October 16. The resolution focuses on agriculture-based energy products, including ethanol and biodiesel, and aims to replace a fourth of the country's energy needs by renewable resources by 2025. Renewable energy sources provide about six per cent of the us 's total energy needs. "We can not only meet but exceed the goal," said Collin Peterson who co-introduced the bill in January.

The bill is likely to give a fillip to the growing demand for biofuel which the us is strongly promoting. However, there are concerns that the biofuel demand could trigger a food crisis in many parts of the word, especially in the poor countries (see 'Biofuelling hunger', Down To Earth, October 31, 2007).