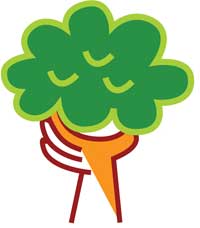 Maharashtra is the first to recognize their rights over forests

two villages in Gadchiroli district of Maharashtra have become the first in the country to win community rights over forests under the Scheduled Tribes and Other Forest Dwellers (Recognition of Forest Rights) Act, 2006. On August 15, Ramesh Bang, the state food and civil supplies minister, said the claims of Mendha Lekha and Marda villages over their village forests were accepted by the state government.

The village communities are yet to receive copies of the government order giving them ownership rights but they have started preparations to take over the management of the forests. Mendha Lekha would get management rights over 1,832 hectares (ha) and Marda would get rights over 517 ha of forestland.

Devaji Tofa, community leader of village Mendha Lekha, said the gram sabha has been managing the village's forest resources till now but "this is through a tacit arrangement with the forest department. For this reason we have not been able to take long term decisions." He said the village would now be able to take decisions on water harvesting structures like check dams in the forest, managing collection of minor forest produce like bamboo and plan sustainable income-generation projects. He said since August 20 the village gram sabha has been holding meetings to constitute different committees for water management, minor forest produce and grazing. "All committees will have 50 per cent women," Tofa said.

Mohan Hirabhai Hiralal of non-profit Vrikshamitra said the government decision would de-escalate the power struggle between the forest department and village communities. He said legal recognition of forest rights is crucial to the tribal communities here as only 13 per cent land is agricultural. The villagers therefore depend heavily on forest resources for income.


In a related development forest dwellers of Orissa have been granted conditional title to forestlands. The Orissa High Court vacated its interim stay on distribution of titles or pattas on August 12.

Earlier in July 2008, the high court had stayed issuing titles on a petition by the state's retired forest officials who want the forest rights act to be scrapped as it contravenes existing forest laws. The act would encourage deforestation, they said. The court vacated its stay after non-profits working with tribal people told the court there is growing unrest in areas of Koraput due to delay in recognizing claims of tribal people. They cited an order of the Andhra Pradesh high court that vacated a similar stay on issuing titles in May 2009.