Swarthmore College has an estimated $139 million in fossil fuel holdings 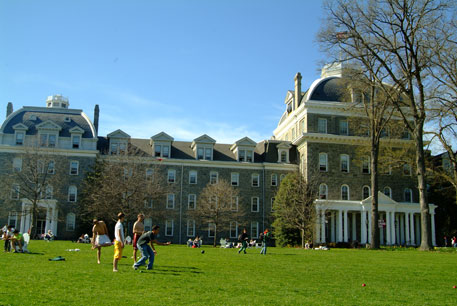 It is a known fact that the burning of fossil fuels contributes significantly to global warming. World leaders have, time and again, congregated at international climate summits to speak against the use of fossil fuels and to arrive at practical solutions to save the planet from the devastating effects of climate change. Now, in a bold move, the United Nations climate chief, Christiana Figueres, has made an urgent appeal to her alma mater, Swarthmore College in Pennsylvania, US, to withdraw from fossil fuels as part of a campus divestment campaign.

Figueres, who heads the UN agency guiding international climate negotiations, wrote a letter to the college administration. “History is calling all of us to smoothly usher in the next phase of global economic development. Swarthmore cannot determine the pathway of global investments, but it can protect its endowments and play its part in history,” it says.

Figueres graduated from Swarthmore in 1979. According to a report of The Guardian, her intervention provides an important boost to a campus divestment campaign, which has seen many of the institution’s students protesting, demanding it to withdraw from fossil fuels. Currently, Swarthmore has an estimated $139 million in fossil fuel holdings. It also has holdings in at least 200 publicly traded coal, oil and gas companies in the US.

In the three-page letter, Figueres echoes the view of the campaigners that the institution has a “moral imperative” to quit the companies responsible for climate change. “The thought that one institution’s small investment level is inconsequential is analogous to the dangerous sentiment that in the context of a democratic system one vote is irrelevant because a single person does not affect change. Or, in the context of an academic institution, it is analogous to the unacceptable belief that the education of one student is unimportant because a single person does not affect change,” she writes.