UN felicitates Odisha for its disaster management model during Phailin 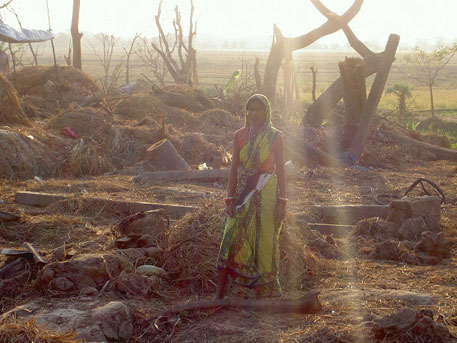 The United Nations (UN) on Friday appreciated Odisha government’s handling of cyclone Phailin which hit Odisha in October this year and left 21 people dead. The international body also announced that it would highlight the state’s efforts as a model for disaster management programmes globally.

“The Odisha government managed to reduce human deaths during Phailin by evacuating around one million people from the seaside areas. The authorities also made people aware of the areas which were vulnerable and saved many lives,” said Margareta Wahlstrom, UN Special Representative of the Secretary General for Disaster Risk Reduction, at an event in Bhubaneswar. “Today, Odisha is a global leader in disaster management and risk reduction,” added the UN official.

The United Nations felicitated Odisha chief minister Naveen Patnaik by presenting a citation and invited him to attend an international conference disaster risk reduction, being held in Japan in 2015.

“Odisha has learnt lessons from 1999 super cyclone in which around ten thousand persons perished. Of the 21 lives which Phailin claimed, 13 died in Ganjam district alone,” said the representative. Citing the case of typhoon Haiyan that hit Philippines in November and claimed thousands of lives, she added that the death toll in the disaster could have been lowered by adopting Odisha’s model of evacuation.

“After the super cyclone in 1999, Odisha government and other agencies constructed many cyclone shelters. But Philippines did not make any such efforts when the storm struck. We have already started documentation on the successful disaster management by Odisha government and will project it globally,” explained the UN representative.

The UN also appreciated the state’s well-functioning disaster risk reduction (DRR) system which includes preparedness activities by families, communities, governments and non-governmental organisations (NGOs). “The next aim of Odisha will be to prepare for all risks, including the effects of climate change,” added Margareta Wahlstrom.

With this felicitation, Odisha has become the first state in Southeast Asia to be felicitated for disaster management by the United Nations.

The team, led by Wahlstrom, also visited the worst-hit Ganjam district on Saturday. The international body, however, ruled out any direct assistance to the state for undertaking restoration works.

The United Nations also praised the media and metrological department for spreading awareness about the cyclone. “Timely dissemination of information about the severity of the cyclone was the main reason behind minimal human loss,” added the representative.

“Before landfall of Phailin, the state government had evacuated almost 1 million people from the coast. Of these, about 2.5 lakh were shifted to safe places in Ganjam district,” said Surya Narayan Patro, the minister of revenue and disaster management. “Odisha’s focus in disaster management and risk reduction now includes a broader range of potential hazards, including the impacts of climate change,” added Patro.