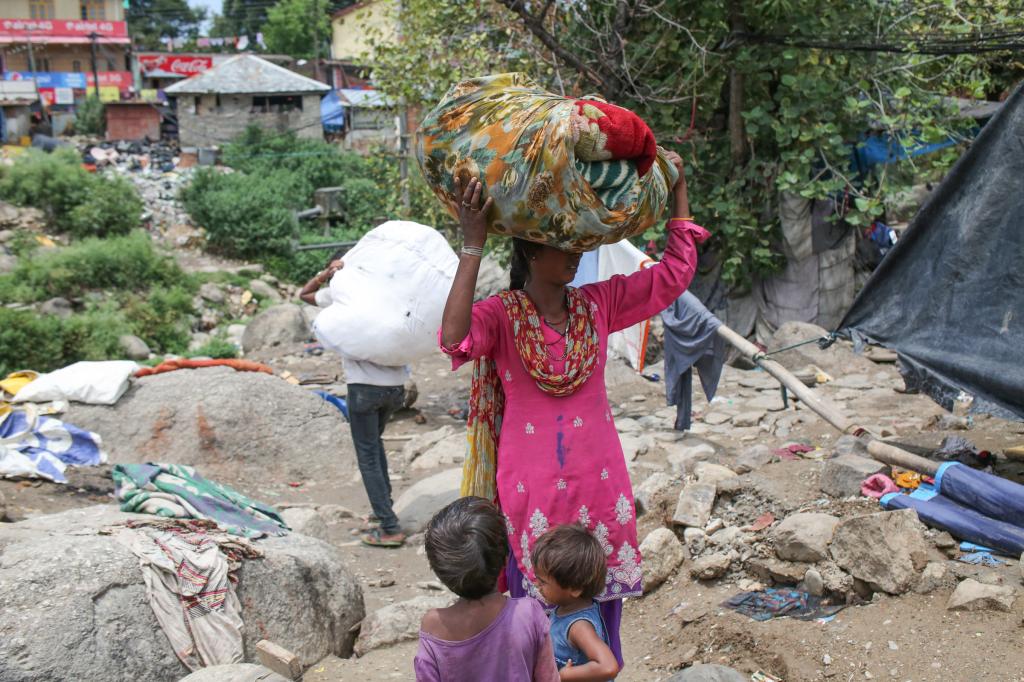 On June 17, the Municipal Corporation of Dharamshala launched a drive to demolish Charan Khad slum and evict about 1,500 residents who had been staying there for over three decades. These people are protesting the forceful eviction without a plan for rehabilitation. The evicted residents of Charan Khad, including some 300 children, are now braving rain and desperately looking for shelter.

What further put MCD in a spot is the press note it issued on June 21, says Manshi Asher of Endangered Himachal—a platform to share environmental issues emerging in Himachal Pradesh. According to a press release issued by Himdhara Collective, a cooperative involved in research work on destructive development, the MCD’s press note stated that anyone who provided accommodation to slum dwellers would face legal action and the occupants would be evicted under section 278 of the Himachal Pradesh Municipal Act. Following this order, the recently evicted people were thrown out of the rented accommodations and villagers chased them away from panchayat areas. “The district administration simply doesn’t want them to settle anywhere near the MCD area”, says Asher. “They feel distraught at the way the whole incident was orchestrated,” adds Asher.

Since the eviction, slogans like ‘Garibo ko Ujadna Bandh Karo’ (stop evicting the poor) and ‘Charan Khad Visthapiton ka Punarwas Karo’ (rehabilitate the people displaced from Charan Khad area) have often been heard on the stretch from the Shaheed Marg Park to the office of the Municipal Corporation of Dharamshala. 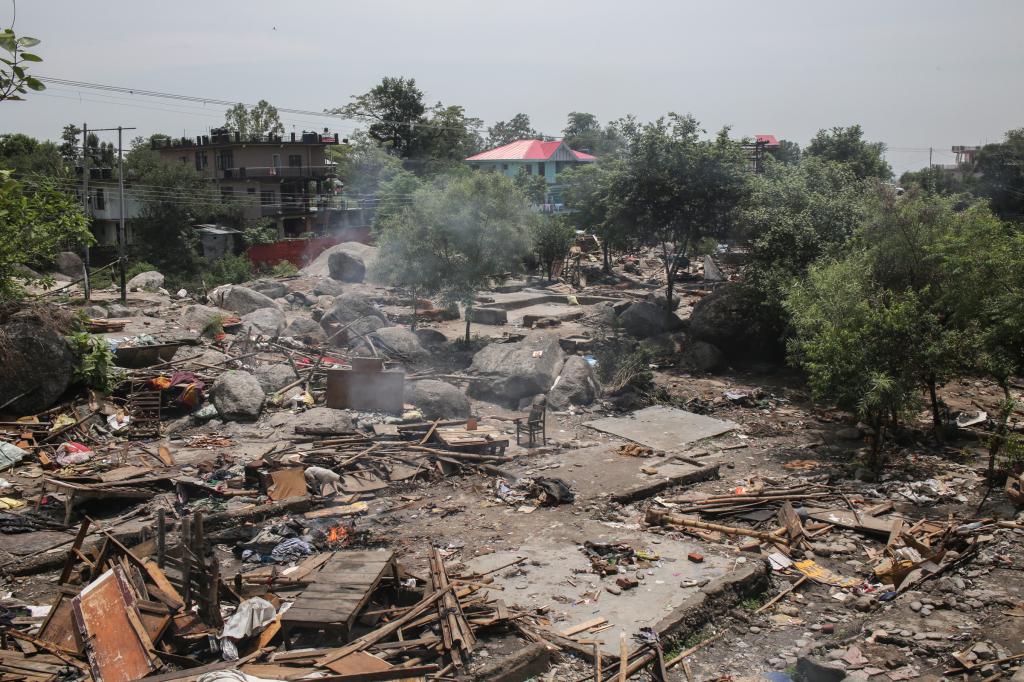 Demolition of slum in the name of defecation

In April 2016, the MCD officials started a dialogue with the residents of Charan Khad—a settlement of about 300 makeshift structures accommodating close to 15000 migrant workers. On May 16, the MCD issued the first order on eviction, and again on June 3 it sent out an order stating for the first time that since the slum dwellers defecate in the open, the place is becoming a public hazard.

“Open defecation is not a reason for displacing thousands of people. They (MCD officials) could have built sanitation facility in the past 35 years,” says Manshi Asher of Endangered Himachal—a platform to share environmental issues emerging in Himachal Pradesh. Arguing that demolishing homes is not the only solution to prevent water contamination or open defecation, Asher says, “No studies of water contamination are provided and there are no details on health survey being conducted or any water samples being tested.” 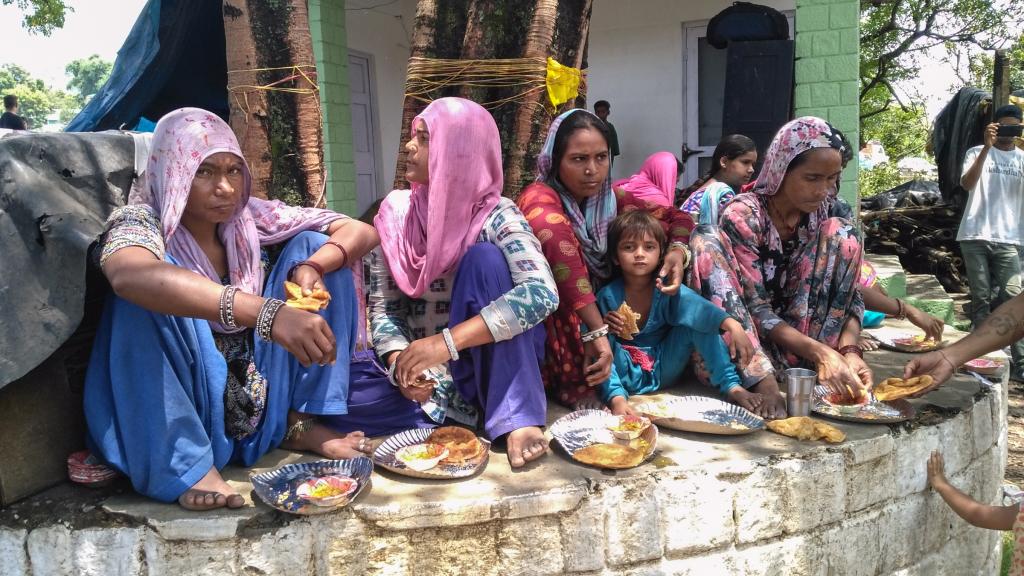 Charan Khad, located close to the Dharamshala cricket stadium in the southern suburbs, is home to labourers from poor parts of Rajasthan and Maharashtra who had migrated to Kangra Valley. They work as construction workers and rag pickers. Disease used to be rampant in the area and they were exacerbated by severe malnutrition.

Where did MCD go wrong?

The main grievance against the government is the failure to provide a plan B—a provision for rehabilitating the slum dwellers before the eviction drive was carried out.

After submitting a memorandum to the Deputy Commissioner demanding immediate access to shelter and long-term rehabilitation, activist Akshay Jasrotia pointed out that these homeless people depend on daily wage and their existence is at threat due to this sudden uncertainty.

Moreover, the eviction, as he argued, is a violation of Article 21 of Indian Constitution that guarantees the Right to Life, Right to Shelter and Right to Dignity.

Activists are also questioning the relevance of the sections of the Himachal Pradesh Municipal Corporation Act that were referred to as a pretext to launch the eviction drive. The MCD order cited Section 278, which is about “disputes”, and Section 369, which doesn’t even exist.

On June 25, the High Court rejected a petition by Karan Kumar, a resident of the area, asking on what grounds they were evicted. The court asked the MCD “to pass orders, as warranted under law”. “But the order doesn’t say that the MCD officials can evict them without making provision of their rehabilitation”, says Asher.

Is sanitation the real reason behind eviction?

Down To Earth asked this question to Jatinder Kumar, sanitation supervisor at Municipal Corporation of Dharamshala. “I think the reason is not sanitation. On September 21, 2015, Dharamsala Municipal Council was upgraded to Municipal Corporation. The MCD is now in expansion mode and it needs space to set up offices of mayor and deputy mayor as well. Hence, they chose the Charan Khad area,” says Kumar.

Is MCD doing anything to rehabilitate the people? A vacant government land has been identified some 8-10 km from the city centre and most of the former residents of Charan Khad have been asked to shift there. “There are only about 40-50 people who don’t want to reside away from the town because they sustain themselves by doing odd jobs like rag picking and polishing boots”, says Kumar. According to him, the government doesn’t have any vacant land within the city.

If sanitation has ever been an issue, why didn’t the government build a sanitation facility in the last so many years? “Earlier, the Charan Khad area was under the ambit of village panchayat and not municipal council. Hence, the council didn’t take any action despite some NGOs raising the issue with the authorities,” says Kumar.

Although Kumar claims that vacant land has been identified and people have been asked to shift there, the people on the ground have something else to say. According to Asher, “Some of the MCD officials had given hope of rehabilitating the former residents of Charan Khad by showing them 2-3 villages, but there was neither a written commitment from them nor any official communication has been received so far.” 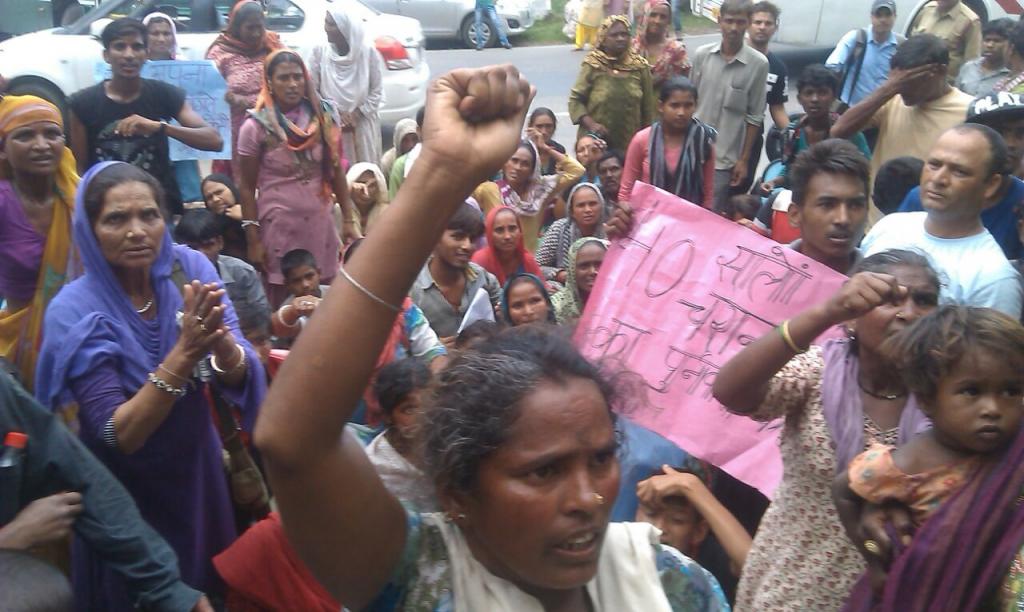 What’s the progress of Integrated Housing and Slum Development Programme?

The official website of the Urban Development Department of the Government of Himachal Pradesh displays the status report of Integrated Housing and Slum Development Programme. According to the status report given on the website, 328 dwelling units were approved on February 27, 2008 and about Rs 3.5 crore was released for the project. While places such as Sundernagar and Sarkaghat in Mandi district witnessed 100 per cent completion of the project, the process of identifying and demarcating lands was still on in Dharamshala till the end of May 2014.

Now that Dharamshala has been shortlisted as a 'Smart City', and it is ready to receive a grant of Rs 1,000 crore from the Centre in the next five years, it would be focussed on building multilevel parking places, additional pavements and public convenience centres. However, it shouldn’t wash its hands of an equally grave responsibility—slum development programme.